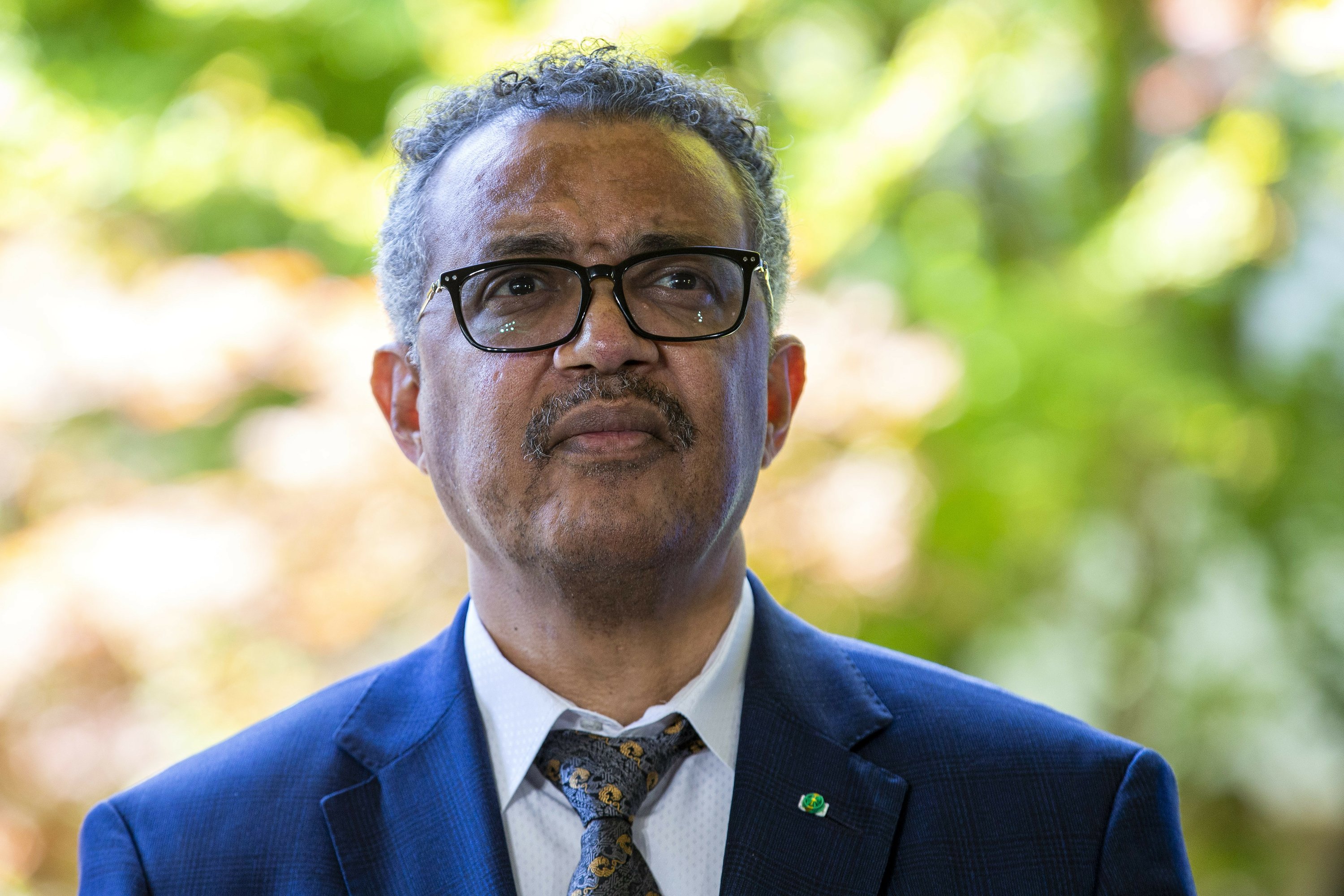 NAIROBI, Kenya (AP) — Ethiopia’s army chief has accused the head of the World Health Organization, a fellow Ethiopian, of lobbying neighboring countries to provide arms and other support to the defiant Tigray region, which the central government has been fighting for two weeks. He did not cite any evidence.

Gen. Birhanu Jula told reporters on Wednesday that WHO Director-General Tedros Adhanom Ghebreyesus had urged unnamed neighbors to “oppose the war and for (the Tigray People’s Liberation Front) to get arms.”

There was no response from WHO headquarters or from Tedros.

The TPLF, the political party that runs the Tigray region, has been clashing with Ethiopian federal forces since the country’s Nobel Peace Prize-winning prime minister accused the heavily armed regional government of attacking a military base. Each government regards the other as illegitimate after a monthslong falling-out amid political reforms.

The conflict threatens to tear apart Africa’s second most populous country and destabilize the strategic Horn of Africa region.

The army chief reminded reporters of Tedros’ close links to the TPLF, whose government Ethiopia’s leaders now consider illegal. Tedros was foreign minister and health minister when the TPLF dominated the country’s ruling coalition. Jula asked: “What do you expect of a person like him?”

On Thursday, senior Ethiopian official Redwan Hussein told reporters that Tedros “never tried to reach our government to know and to get briefings about how this (conflict) unfolded,” or to ask how he might be of use.

The WHO chief has been “hustling and bustling and calling a number of leaders and institutions … to pressurize the government to sit and negotiate,” he added. On next steps, he added, “we still are mulling it over.”

“What I can say in response is that I know Tedros, I know him as somebody who is passionately promoting global health, promoting the good health of people and promoting peace,” Moeti told reporters. “I think this is extent of my knowledge of Tedros as a person.”

For more, she referred reporters to his office.

The Tigray region remains largely cut off from the world with communications and transport links severed, making it difficult to verify either side’s claims about what is happening there. No one knows how many people have been killed, and some 30,000 refugees have streamed into Sudan.

Ethiopian officials, and Tigrayan ones, have issued a torrent of allegations in the conflict, often without providing evidence, in an effort to win the narrative war as well and garner support for their side. Governments and human rights groups alike have urged the swift restoration of communications links to Tigray, and no limits on media, to allow for more transparency.

As Ethiopia’s health minister, Tedros was widely credited with implementing training for tens of thousands of health workers, strengthening the country’s laboratory network and reducing deaths from AIDS, tuberculosis and malaria.

But during his campaign to become WHO’s director-general, he was accused by a prominent U.S. public health academic of covering up three cholera outbreaks in Ethiopia while he was health minister. At the time, Tedros dismissed the allegations as “a last-minute smear campaign.”

International health law obliges countries to report cholera outbreaks to the WHO, but some countries avoid doing so, fearing it will trigger harmful trade and travel bans.

Human rights groups have also raised concerns about the fact that Tedros served in a government widely criticized for its oppressive tactics, including violent crackdowns on protesters and imprisoning rivals.

Tedros has acknowledged that the government has made some serious mistakes but that Ethiopia is a “nascent democracy.”

Maria Cheng in London contributed to this report.