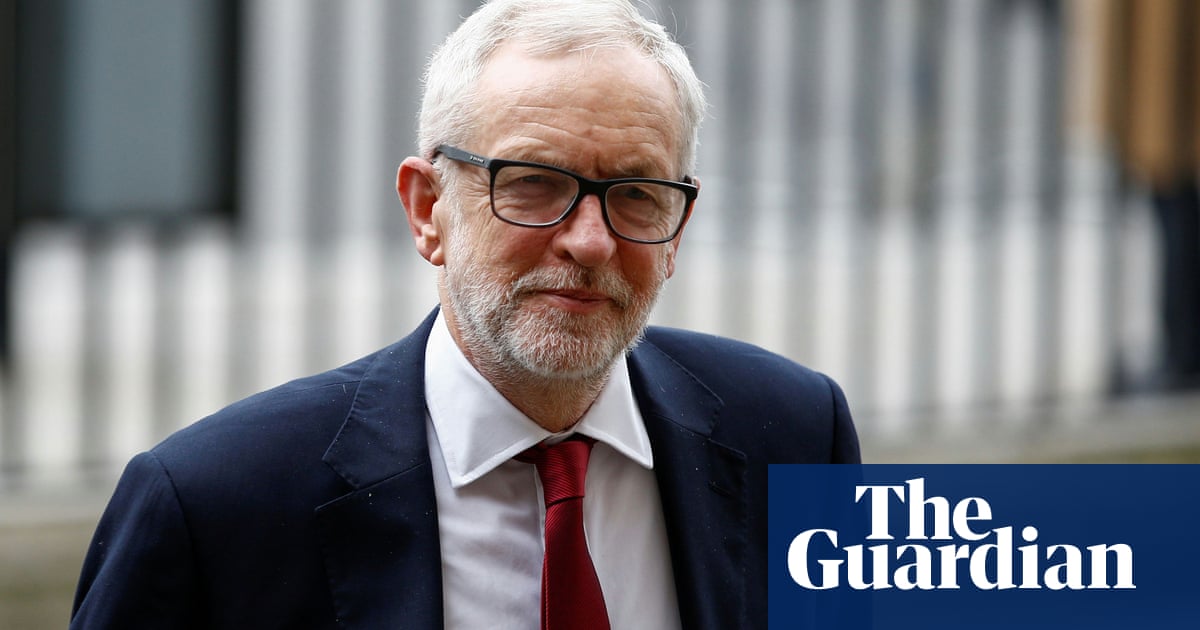 Jeremy Corbyn has been reinstated to the Labour party after a 19-day suspension, in a move that was hailed by his supporters but threatened the shaky truce with Jewish Labour members and concerned MPs.

The former Labour leader is understood to have been sanctioned with a formal warning by a panel of the party’s governing body on Tuesday. But it ruled that his 55-year membership could resume less than three weeks after he was suspended for saying the party’s problem with antisemitism had been overstated.

The Guardian understands no decision has been made whether to restore the whip to Corbyn – a decision that would need to be made by the Labour leader, Keir Starmer, and the chief whip, Nick Brown.

It is understood at least one Labour MP told colleagues on Tuesday night that they felt “betrayed” and were considering their position in the party.

The Jewish Labour Movement (JVM) called the decision “extraordinary” and said it was the work of a “factionally aligned political committee”.

Margaret Hodge, the Labour MP for Barking and Dagenham, said: “I simply cannot comprehend why it is acceptable for Corbyn to be a Labour MP if he thinks antisemitism is exaggerated and a political attack, refuses to apologise, never takes responsibility for his actions and rejects the findings of the EHRC [Equality and Human Rights Commission] report.”

Despite dismay from the party’s Jewish affiliate and antisemitism campaigners, the reinstatement could smooth Starmer’s efforts towards unity with the left of the party. Len McCluskey, head of the Unite union, Labour’s biggest donor, tweeted: “Jeremy Corbyn’s readmission is the correct, fair and unifying decision.”

Corbyn tweeted on Tuesday evening: “I am pleased to have been reinstated in the Labour party and would like to thank party members, trade unionists and all who have offered solidarity. Our movement must now come together to oppose and defeat this deeply damaging Conservative government.”

Starmer said it was “another painful day for the Jewish community and those Labour members who have fought so hard to tackle antisemitism”. He said Corbyn’s statement in response to the EHRC “completely distracted from a report that identified unlawful conduct in our tackling of racism within the Labour party. This should shame us all.”

In a hint Starmer hopes to move on from the controversy, he said: “I will not allow a focus on one individual to prevent us from doing the vital work of tackling antisemitism.”

However, a number of MPs expressed anger at the Labour leadership’s handling of the complaint process, with some blaming “political naivety” and a mistaken belief that a compromise would satisfy both sides.

Other MPs privately expressed horror at the speed of the decision and what they described as the appearance of political interference. One called it a “monumental disaster” and another said it was “the biggest own goal the NEC [national executive committee] could possibly inflict, at the worst possible moment”.

Ian Austin, the former MP who quit the party over antisemitism, said: “I praised Keir Starmer when Corbyn was suspended but this decision undermines all the progress he has made. In the end, they have to decide if they want to repair relations with the Jewish community and show lifelong Labour voters who turned away in disgust at the extremism and racism that poisoned the party under Corbyn that things have changed.”

Corbyn issued a statement ahead of the NEC panel that met on Tuesday to decide his fate, saying he regretted any hurt caused by his words following the report by the equalities watchdog into antisemitism.

The statement is understood to have been prepared in the days after his suspension on 29 October, and submitted to the party as part of the investigation process.

A spokesman for JLM, which is the party’s only Jewish affiliate, said it was “insincere and wholly inadequate” and offered no apology for the failings identified in the EHRC report.

It said Corbyn’s response to the report had been “grossly offensive as it downplayed the reality of antisemitism in the Labour party”, adding: “Today’s decision will only embolden those who agreed with him. Once again we find ourselves having to remind the Labour party that Jeremy Corbyn is not the victim of Labour antisemitism – Jewish members are.”

A panel from the NEC agreed to lift Corbyn’s suspension and issued a formal warning. The panel had a number of options available to it, including dismissing the case entirely, issuing a “reminder” of Labour’s values, the formal reprimand given to Corbyn, a time-limited suspension or recommending he be expelled.

The swiftness with which Corbyn’s case has been heard by the party’s governing body has raised eyebrows in some Labour circles when ordinary members’ cases normally take months.

The former Labour leader was suspended for his comments, which rejected the overall conclusions of the EHRC report into antisemitism in the party and said the problem was “dramatically overstated for political reasons” by opponents and the media.

Corbyn said on Tuesday he regretted the pain that had been caused. “We must never tolerate antisemitism or belittle concerns about it. And that was not my intention in anything I said this week,” his statement said. “I regret the pain this issue has caused the Jewish community and would wish to do nothing that would exacerbate or prolong it.”

Corbyn said he had attempted to “clear up any confusion” about his previous statement in a broadcast interview and clarifying statement on the day, though he does not directly apologise for the comments.

“The publication of the EHRC report should have been a moment for the Labour party to come together in a determination to address the shortcomings of the past and work as one to root out antisemitism in our own ranks and wider society,” he said.

“To be clear, concerns about antisemitism are neither ‘exaggerated’ nor ‘overstated’. The point I wished to make was that the vast majority of Labour party members were and remain committed antiracists deeply opposed to antisemitism.”

Corbyn said he supported Starmer’s decision to accept all the EHRC recommendations in full, and “in accordance with my own lifelong convictions, will do what I can to help the party move on, united against antisemitism which has been responsible for so many of history’s greatest crimes against humanity”.

The initial decision to suspend Corbyn was taken by the party’s general secretary, David Evans, rather than Starmer. The party had stressed that Corbyn must go through the formal disciplinary process given that political interference in cases was one of the key criticisms in the EHRC report.

The report found Labour responsible for unlawful acts of harassment and discrimination over antisemitism. It cited “serious failings in the party leadership in addressing antisemitism and an inadequate process for handling antisemitism complaints”.