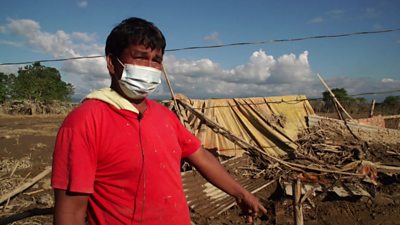 Philippine President Rodrigo Duterte has placed the country’s main island, Luzon, under a ‘state of calamity’ to speed up relief and rehabilitation efforts, after it was hit last week by Typhoon Vamco.

Thousands of people in the worst-affected provinces of Cagayan and Isabela are in evacuation centres or sheltering in makeshift roadside camps, according to the authorities.