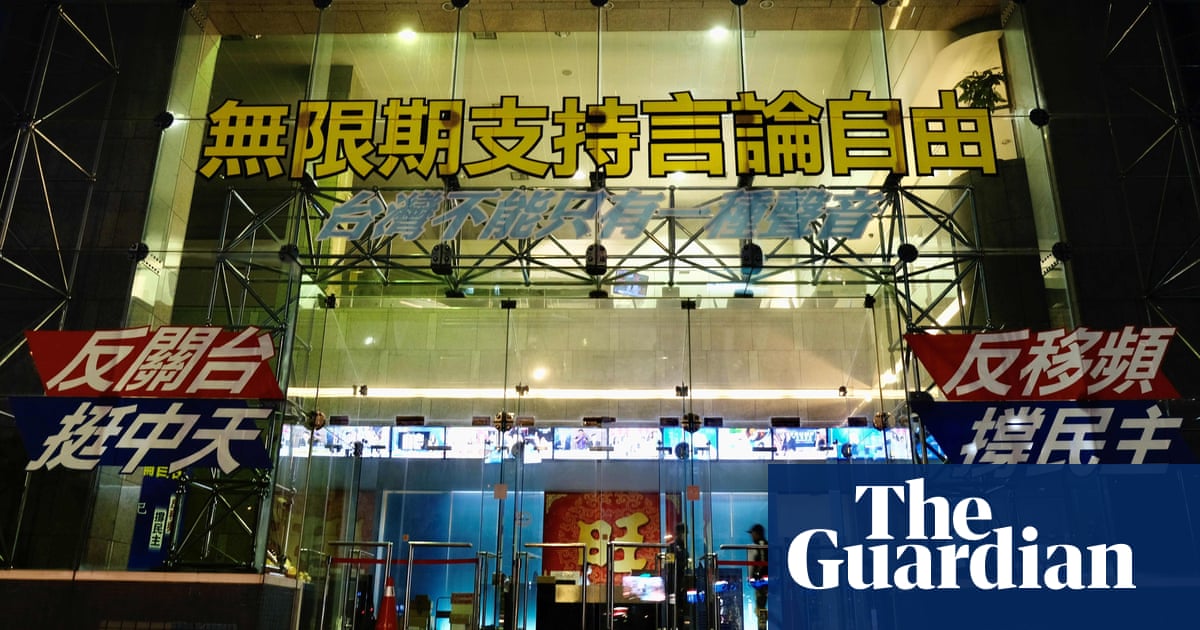 A pro-China TV station will be taken off air after Taiwan’s media regulator found it had failed to address serious and frequent findings of bias and disinformation.

The national communications commission (NCC) announced it had unanimously decided not to renew the broadcast licence for Chung T’ien Television (CTi), which it said had a “self-discipline problem”.

The commission’s chairman, Chen Yaw-shyang, said the panel found CTi had failed to implement internal controls despite NCC requests to do so after repeated violations. He said CTi was the subject of about 30% of complaints received by the NCC from the public.

CTi has said it will challenge the decision and accused the Taiwanese government of shutting down the station for political purposes. “Today is the darkest day for freedom of the press and freedom of speech in the 30 years since Taiwan’s liberation,” it said.

The unprecedented NCC panel hearing was convened in October to examine the station’s request to renew its licence, due to expire on 11 December.

CTi has been accused of acting as a mouthpiece for Beijing and lobbying against the Democratic Progressive party (DPP) government, led by Tsai Ing-wen, and in favour of the opposition Kuomintang (KMT), seen to have more favourable relations with the mainland government. Beijing considers Taiwan to be a rogue province of China that must be retaken, by force if necessary.

In 2019, an NCC audit of coverage that May found CTi had devoted 70% of its airtime to the KMT mayor of Kaohsiung, Han Kuo-yu, who unsuccessfully challenged Tsai in the presidential election. In January, CTi was fined more than US$20,000 for airing false statements by a KMT politician without factchecking or interrogating the claims before broadcast.

The station is one of three Taiwanese TV stations that Wang Liqiang, a former CCP spy who defected to Australia, reportedly said had been paid by the Chinese government to broadcast unfavourable coverage of the DPP before the 2020 election. The stations deny the accusation, and on Wednesday the NCC’s Chen said there was no evidence of CTi receiving Chinese government funding.

Last month, Han said removing dissenting voices from media was “one of the hallmarks of an authoritarian country”. So-called “pan-blue” politicians, who favour greater ties with China, protested against the NCC’s hearing, saying CTi News was “one of the few media outlets in Taiwan that is still willing to give groups supporting unification with China a voice”.