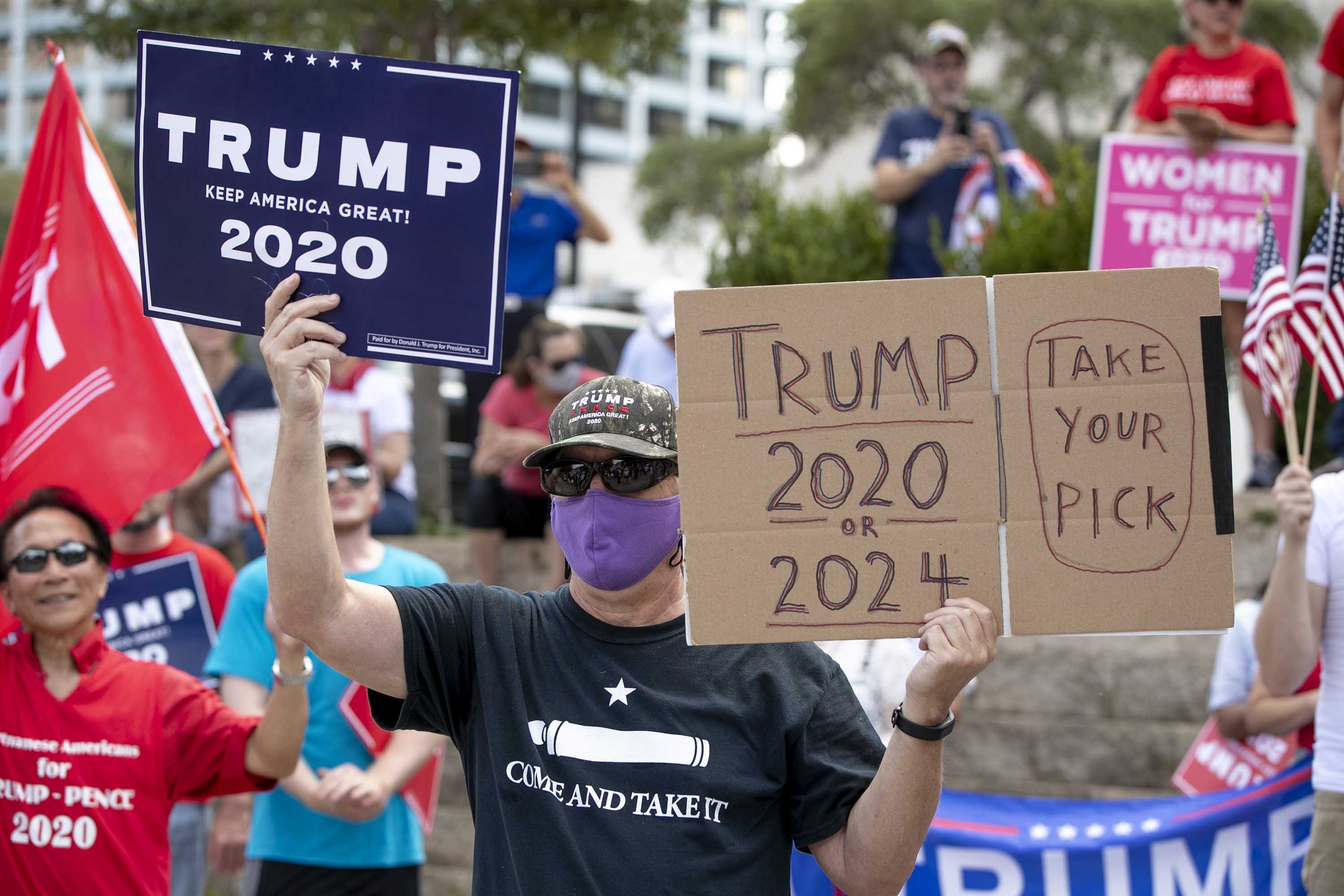 As Biden’s Jan. 20 inauguration inches closer, this lack of preparation within the conservative movement has some of its top members worried they are unwittingly damaging their joint legacy with the president and creating an opening for the next administration to swiftly pursue a radical agenda. Meanwhile, Trump shows no signs of relenting in his quest to baselessly claim he won the recent election.

“Republicans can’t afford to get stuck in the denial stage of grief,” said Sen. Ben Sasse of Nebraska, one of only a handful of GOP lawmakers who have congratulated Biden on his victory. Sasse even broke Trump’s unspoken rule by saying he would “crawl over broken glass before allowing the Senate to confirm” some of the names being floated for Cabinet positions in Biden’s administration.

“We’ve got some big fights ahead, and it’d be prudent for Republicans to be focused on the governance challenges facing our center-right nation,” Sasse said.

Several prominent conservatives, granted anonymity to speak candidly about the situation, said they should be readying a legal response to Biden’s promise to sign a series of executive orders on his first day in office that would undo some of Trump’s key policies on immigration, foreign policy and deregulation. And they are frustrated by the lack of pressure Biden has faced to fill his Cabinet with moderate voices who might balance out progressive influences elsewhere in his administration.

As Trump declines to travel to Georgia — instead criticizing the state’s recount efforts in a series of tweets — conservatives have also become increasingly concerned that the Democratic candidates competing in a pair of Senate runoff races there will glide to victory if Republicans fail to communicate, due to fears of upsetting Trump, what Biden and a Democratic Senate could accomplish.

“The winning narrative in Georgia would be that Republicans need the Senate to counter Joe Biden and [Vice President-elect] Kamala Harris when they’re in office,” said one prominent elected Republican. “The problem is you can’t make that case effectively when you’ve got the president telling some of his voters, ‘Don’t worry, Joe Biden is not going to be president.’”

Some conservative activists have found ways to toe the line amid threats of ostracization if they legitimize Biden as the next Oval Office occupant. In statements and internal communications, they nod to the president’s ability to challenge the outcome of the 2020 election, even as they encourage their own donors and activist networks to begin thinking about a Democratic administration.

“We’re preparing for all outcomes, because you have to,” said Rachel Bovard, senior director of policy at the Conservative Partnership Institute. “We support President Trump pursuing all his legal avenues because that’s his right, but to be prudent we also need to talk about what a Biden presidency, even a Democratic-controlled Senate, means for the country.”

“We don’t want to be caught flat-footed in a situation where we are confronted with a Biden administration,” she added.

RJ Hauman, who serves as government relations director at the Federation for American Immigration Reform, which supports stricter immigration policies, said groups like his have an obligation to conservative voters to keep them informed about Biden’s policy agenda.

Hauman noted Biden has vowed to reinstate the program that allows so-called Dreamers, or undocumented immigrants brought to the country as children, to remain in the U.S. with legal protection. And Biden, he added, has also pledged to overturn Trump’s travel and immigration restrictions on Muslim-majority countries, end Trump-era restrictions on asylum and place a 100-day freeze on deportations while developing new guidance on arrestable offenses.

“Educating the public and preparing to fight things like the ‘America Last’ immigration plan that is set to begin on Day 1 of a Biden administration doesn’t undercut pending litigation or efforts to ensure that all votes are counted,” Hauman said. “If transition folks are quietly crafting ways to grant amnesty and open our borders, people need to know.”

Part of the problem for conservatives who want to talk about Biden is that they’ve been relegated to Twitter — and other platforms that have become increasingly unpopular with the GOP base — if they wish to do so. Far-right media outfits like Breitbart and Newsmax have been almost singularly focused on the president’s legal campaign to overturn the election, while cable news giant Fox News, which affirmed Biden as president-elect, has seen a decline in its popularity in conservative circles.

Another conservative activist claimed they couldn’t place an op-ed about Biden’s social policies after an outlet they periodically write for declined to print the phrase “a Biden administration.”

“You definitely have a grassroots conservative movement that’s completely unwilling to discuss anything related to a Biden administration,” said the conservative nonprofit employee. “I’ve gotten flack for appearing on Fox News programs.”

Tracking the appointments, the people, and the power centers of the next administration.

In addition to conservative organizations, the fear of challenging Trump on the election has engrossed the House and Senate GOP caucuses, too. As of this week, only nine Republican senators and 11 House members have recognized Biden as president-elect or publicly acknowledged the likelihood that he will be sworn in as president in two months.

Several Republican governors have also withheld congratulations to Biden while the Trump campaign pursues a growing number of legal challenges in Michigan, Georgia and Pennsylvania, and demands a recount in Wisconsin, where current vote totals show the president losing by about 20,000 votes. Election officials and legal experts say the efforts are highly unlikely to succeed or have any significant effect on the results.

Without being able to openly plot against Biden or poach administration officials, several conservatives have been preparing discreetly and with limited insight into when they’ll be allowed to speak out against the new administration without jeopardizing their careers or losing donors and grassroots support.

“It’s easy to prepare internally, but it’s hard to publicly point to what’s going to happen Day 1 … because if we do, we look like traitors to the president,” said one official at a Washington-based conservative think tank. “In reality, we’re trying to preserve his legacy and stop radical policies that are quietly in the works.”

Daniel Lippman contributed to this story.