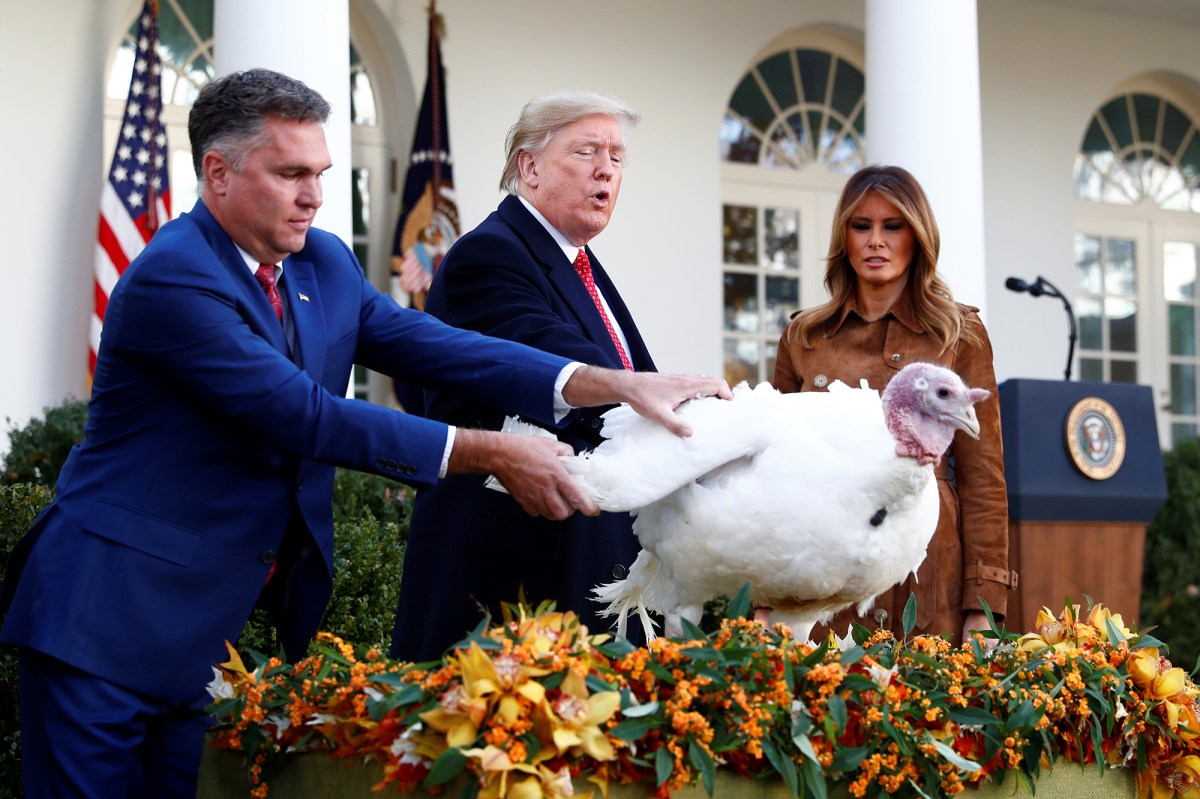 President Trump and first lady Melania Trump will spend Thanksgiving at the White House this year, according to the first lady’s chief of staff.

The holiday plans are a change in tradition for the Trumps, who have spent Turkey Day at Mar-a-Lago in Palm Beach, Fla., for each of the past three years.

“Holiday Scheduling Update: The @POTUS & @flotus will be celebrating the Thanksgiving holiday at the @WhiteHouse this year,” Stephanie Grisham, Melania’s chief of staff, announced on Twitter Tuesday.

Last year, the president made a surprise visit to Afghanistan to serve Thanksgiving dinner to US troops there before returning to his home in the Sunshine State.