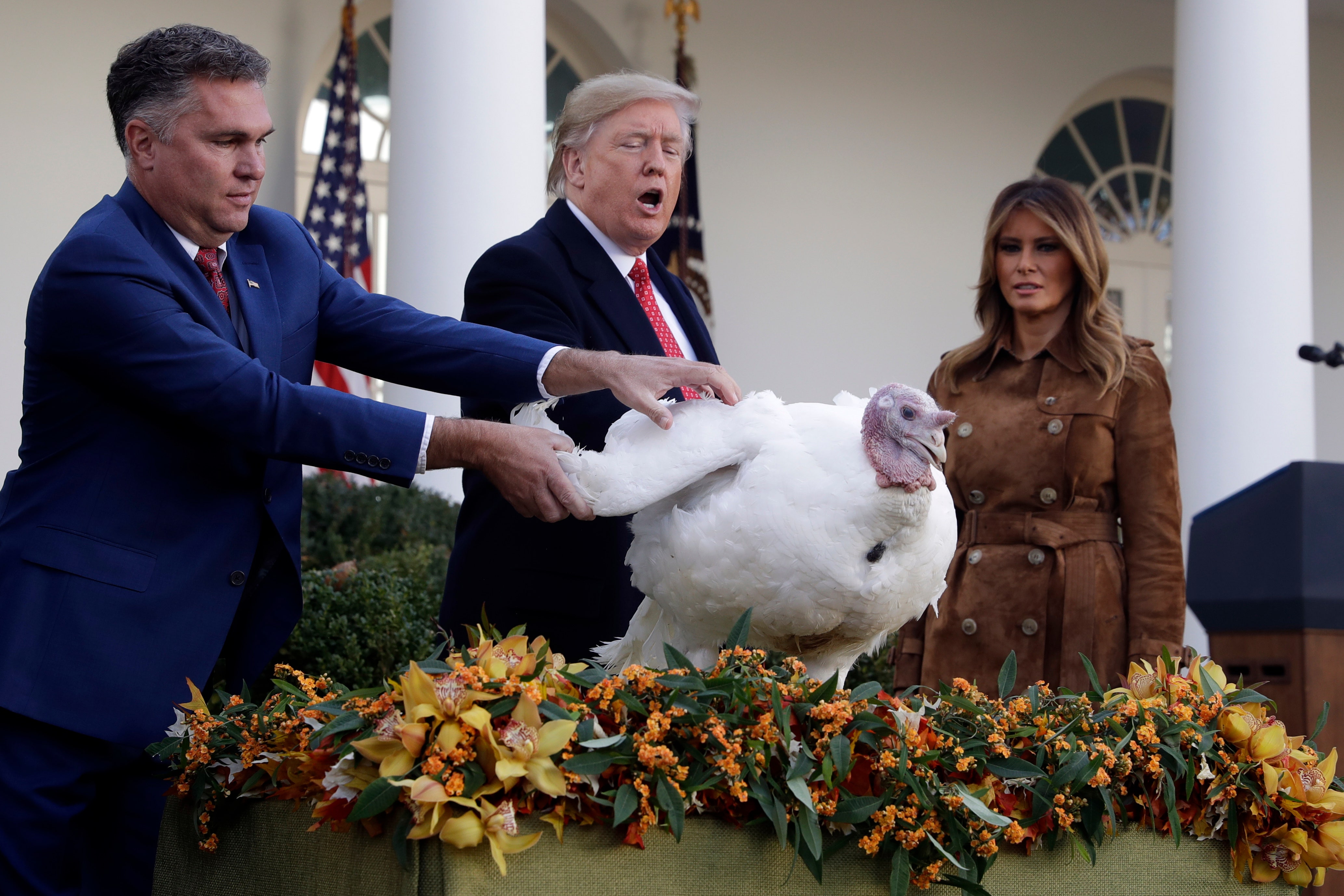 Despite the angst surrounding the growing number of coronavirus cases nationwide and the ongoing upheaval over President Trump’s refusal to concede the election to President-elect Joe Biden, there will still be a turkey pardon at the White House next week.

Trump has kept a low profile, ducking reporters and sticking to Twitter tirades about the election, but is scheduled to host the event on Tuesday, where he will be presented with two turkeys — the official National Thanksgiving Turkey and an alternate — selected from the “2020 Presidential Flock.” The birds were raised by Iowa turkey producers Ron and Susie Kardel, from Walcott, Iowa.

The birds will travel to Washington and, after receiving their pardons, they will be kept at Iowa State University to live out the rest of their lives.

The annual tradition dates back to 1863 when President Abraham Lincoln reportedly first granted clemency to a turkey. It was made official in 1989 under former President George H.W. Bush.

First lady Melania Trump’s chief of staff, Stephanie Grisham announced on Tuesday the Trump family would be spending Thanksgiving at the White House this year rather than traveling to the president’s Mar-a-Lago estate in Palm Beach as they usually do.

The news comes as health experts and the Centers for Disease Control and Prevention strongly advise Americans to refrain from traveling or hosting large gatherings beyond household members for the holidays due to the surge in COVID-19 cases across the country.