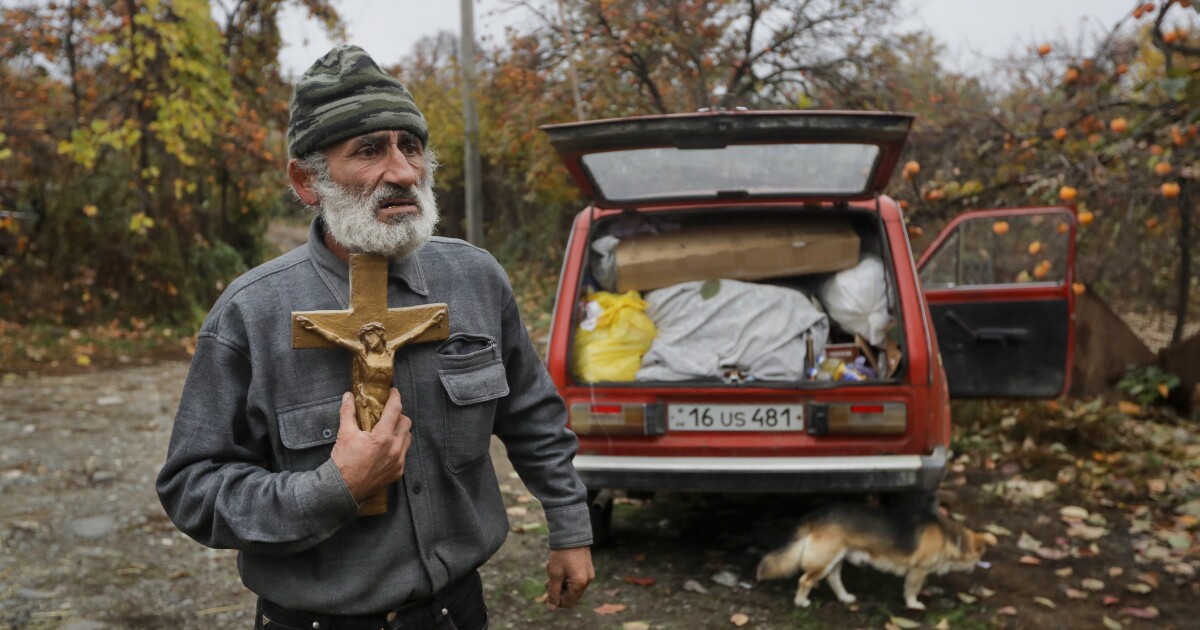 Armenia has raised the number of its troops killed in recent fighting over Nagorno-Karabakh to 2,425 — about 1,000 more than previously reported — as the country’s prime minister struggles to deal with the fallout from the truce he signed with Azerbaijan to halt armed hostilities.

The sharply revised death toll was issued Wednesday by Armenian Health Minister Arsen Torosian. Azerbaijan has not revealed its number of military casualties.

A Russian-brokered cease-fire halted the fighting that had gone on for six weeks, but the agreement stipulated that Armenia turn over control of some areas its holds outside Nagorno-Karabakh’s borders to Azerbaijan. That has angered many Armenians, thousands of whom have regularly protested in Yerevan, the Armenian capital, demanding the resignation of Prime Minister Nikol Pashinian.

Pashinian has brushed off calls to quit, but two of his ministers resigned this week amid the unrest, and Armenian President Armen Sarkissian called for a snap election.

On Wednesday, Pashinian unveiled a 15-point “road map” aimed at “ensuring democratic stability,” in what appeared to be a bid to resolve the brewing political crisis. In a Facebook statement presenting his plan, Pashinian once again said that he considered himself “responsible for the situation.”

“I also bear the responsibility for overcoming the situation and ensuring stability and security in the country,” the prime minister said, adding that he was “fully engaged in this work.”

Pashinian’s plan calls for resuming the negotiation process over Nagorno-Karabakh under the auspices of the Minsk Group, which was set up by the Organization for Security and Cooperation in Europe in the 1990s to mediate the decades-old conflict between Armenia and Azerbaijan over Nagorno-Karabakh.

The prime minister’s “road map” also envisions returning Nagorno-Karabakh residents who fled the region to their homes, restoring damaged infrastructure in areas that remain under the control of Nagorno-Karabakh’s separatist government and helping wounded soldiers and the families of those who were killed in the fighting.

Nagorno-Karabakh is internationally recognized as belonging to Azerbaijan but has been under the control of ethnic Armenian forces backed by Armenia since a separatist war there ended in 1994. The fighting that erupted in late September marked the biggest escalation of the conflict between the two ex-Soviet nations in over a quarter-century.

Pashinian promised reforms of Armenia’s military and changes to the country’s election regulations. He also said he would tackle the COVID-19 pandemic and restore economic activity in Armenia.

“In June 2021, I will present a report on the implementation of the ‘road map,’ and the decision on further actions will be made with the people’s opinion and reaction taken into account,” Pashinian said.

Pashinian made a brief speech at a separate rally of about 3,000 supporters, most of them dressed in military gear.

“I promise I will not betray the people,” he said.