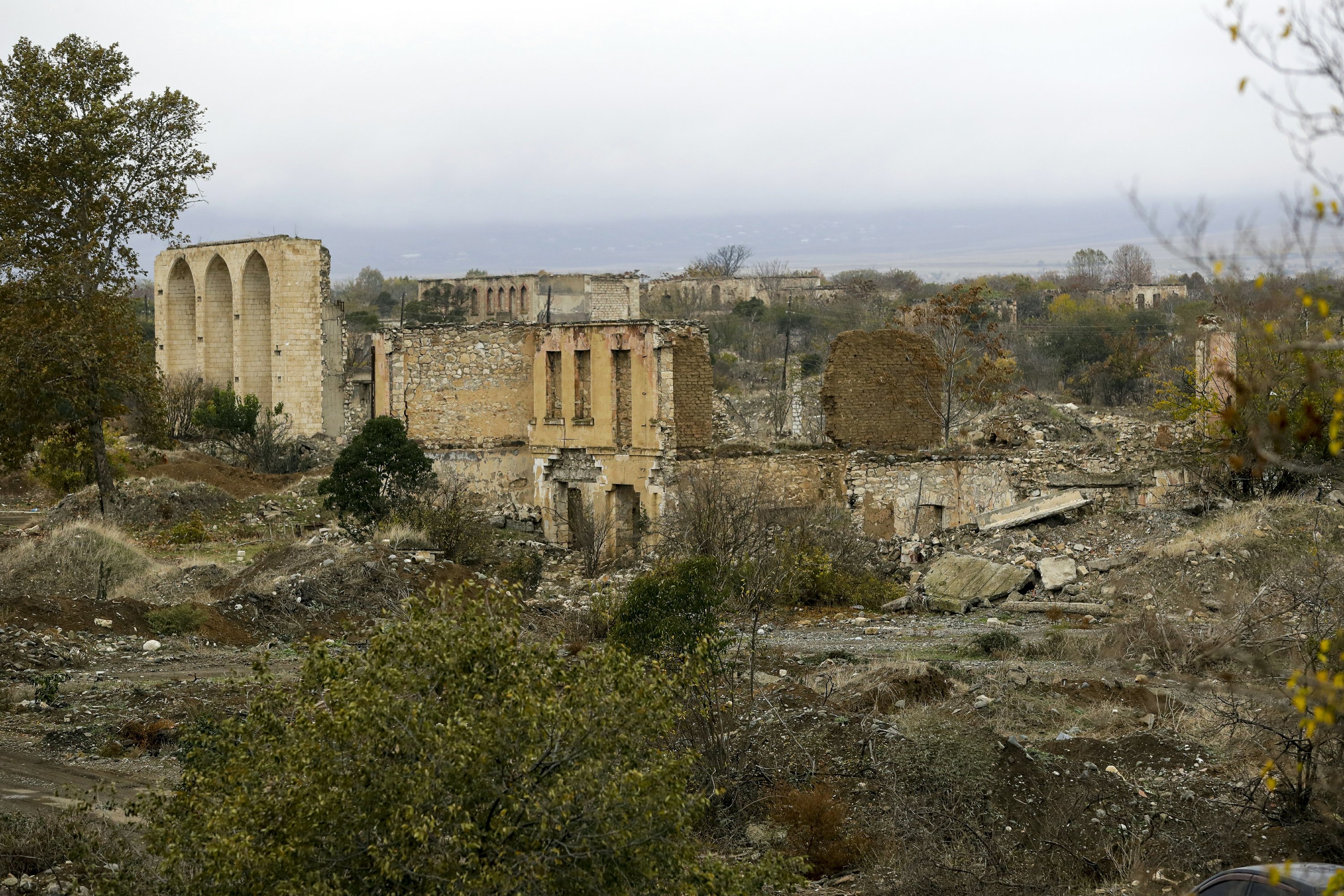 MOSCOW (AP) — Units of the Azerbaijani army have entered the Aghdam region, a territory ceded by Armenian forces in a cease-fire agreement that ended six weeks of heavy fighting over the separatist region of Nagorno-Karabakh, Azerbaijan’s Defense Ministry said Friday.

The truce, brokered by Russia last week, stipulated that Armenia hand over control of some areas its holds outside Nagorno-Karabakh’s borders to Azerbaijan. The first one, Aghdam, is to be turned over on Friday.

Nagorno-Karabakh lies within Azerbaijan but has been under the control of ethnic Armenian forces backed by Armenia since a separatist war there ended in 1994. That war left not only Nagorno-Karabakh itself but substantial surrounding territory in Armenian hands.

Heavy fighting that flared up Sept. 27 marked the biggest escalation of the decades-old conflict between the two ex-Soviet nations in over a quarter-century, killing hundreds and possibly thousands of people.

The truce last week halted the violence after several failed attempts to establish a lasting cease-fire. It was celebrated as a victory in Azerbaijan, but sparked mass protests in Armenia, with thousands regularly taking to the streets to demand the ouster of the country’s prime minister.