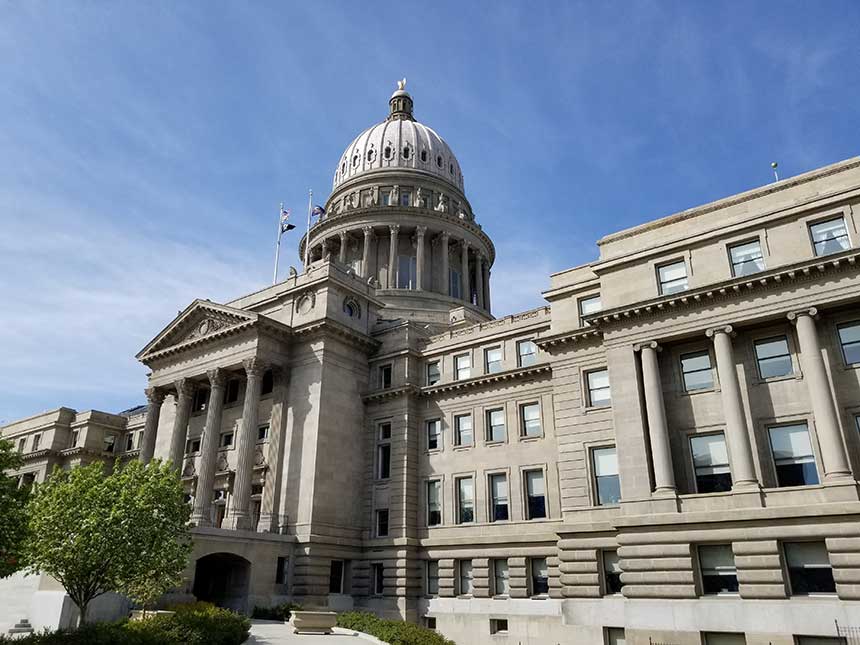 BOISE (AP) — The mayor of Idaho’s largest city says local police will begin enforcing mask orders starting next week in an effort to slow the spread of the coronavirus.

Boise Mayor Lauren McLean announced the new public health order on Thursday, which instructs police to ticket or arrest people who refuse to wear masks and refuse to leave local businesses when asked. Businesses can also temporarily lose their business license if they pose a “clear and immediate threat” because staffers or customers aren’t following mask orders. It goes into effect Nov. 23.

The capital city has been under a mask order since July, but so far it has gone unenforced. Coronavirus cases in Boise and across Idaho have been rising exponentially, and hospitals across the state are at or near capacity.

Hospital officials say they could be forced to enact crisis care rationing — choosing which critically ill patients to treat based on who is most likely to survive — within the next month.

More than 86,000 people in Idaho have been infected with coronavirus since the pandemic began, according to Johns Hopkins University data, and at least 812 residents have died from the virus. Those numbers only represent confirmed and probable cases — people who have tested positive or who have symptoms of COVID-19 after having close contact with a confirmed coronavirus case — and are likely an undercount. Some people who catch coronavirus never develop symptoms but are still contagious, making them likely to unknowingly spread the illness without ever seeking testing.

Idaho Gov. Brad Little has frequently urged residents to wear masks, practice social distancing and wash hands, but his pleas have gone largely ignored by many in the extremely conservative state.

Little has repeatedly declined to require masks and he continued to allow gatherings of up to 50 people until last week, when he announced gatherings of 10 or more would be prohibited. There are several exceptions to that rule, including religious, educational and political gatherings; and businesses can operate largely as normal provided people are seated at bars and restaurants and attempts to socially distance are made.

Health care experts and physicians have repeatedly warned residents and government leaders that the rising case count is overwhelming the medical care system. One in every 188 people in Idaho tested positive in the past week.

“What we are currently doing is not working. If we do not change our approach our health and economy will suffer,” McLean’s office wrote in the announcement.

The city will work with businesses to protect those that are requiring masks and to hold others accountable for refusing to follow public health orders, according to the announcement. If customers refuse to follow masking and distancing rules, workers can call the police.

“Boise can no longer allow people and businesses to undermine the sacrifices others have made. That is why the city is reaching out to businesses to offer assistance when customers will not follow COVID-19 guidelines,” McLean’s office wrote.