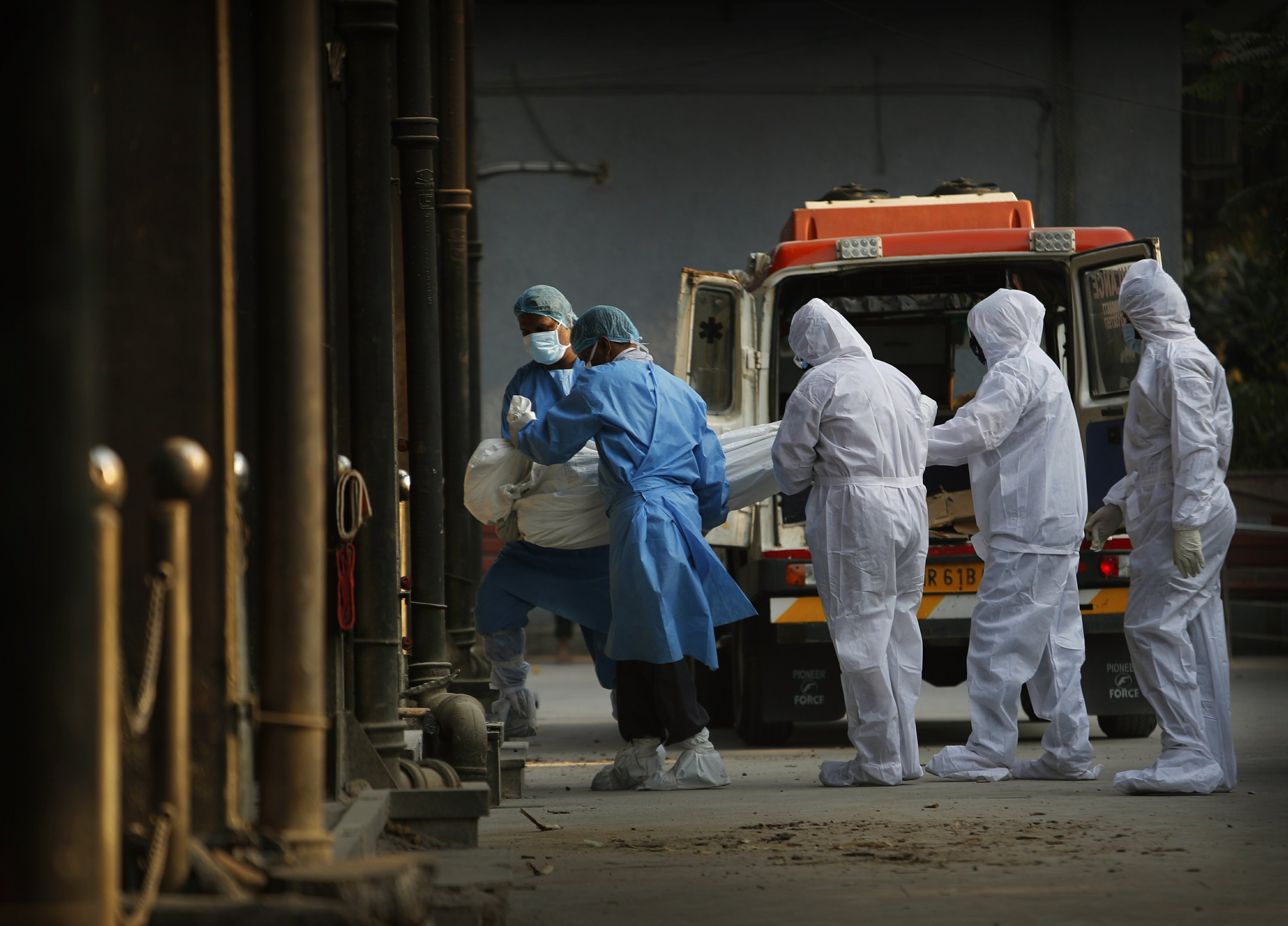 NEW DELHI (AP) — Intensive care wards in New Delhi’s hospitals are nearly at capacity, and the city’s main crematorium is packed, as the coronavirus has surged in the Indian capital and the country hit a grim milestone Friday, recording 9 million infections.

While the pace of recorded new cases overall in the country of 1.3 billion appears to be slowing, experts have cautioned that official figures may be offering false hope since many infections may be going undetected. In New Delhi, meanwhile, the disease is on the rise, and health officials found this week that the prevalence of infections in markets was much higher than expected, and the city has added an average of 6,700 new cases each day in recent weeks.

Despite that, markets are still full there and in other major cities, as fatigue with wearing masks and maintaining a safe distance from others set in during the recent festival season, including celebrations for the Diwali holiday. Experts worry that get-togethers for the festival of light will yield yet another surge in cases in the coming weeks.

“The next four weeks are crucial. The road is very bumpy,” said Dr. S.K. Sarin, director of New Delhi’s Institute of Liver and Biliary Sciences.

At Aakash Healthcare, a private hospital in New Delhi, all the critical care beds there were full, and many patients were waiting outside the hospital, said Dr. Akshay Budhraja, a pulmonologist. In a particularly worrying sign, young people were increasingly coming in with severe infections, he said.

Budhraja expressed frustration with the lack of understanding about the severity of the disease and the measures needed to slow its spread — not just in markets, but even within the hospital.

Family members of patients who are likely infected with COVID-19 but asymptomatic were roaming around the hospital. “They don’t understand,” he said.

State Chief Minister Arvind Kejriwal said the health system would manage to keep up with the demand. He said New Delhi is hoping to add 1,400 more critical care beds and that all private hospitals have been asked to reserve 80% of their critical care beds, and over 60% of their other beds for virus patients.

“Our doctors, medical superintendents, medical directors and the entire medical fraternity made such tremendous arrangements to manage COVID-19 that Delhi is not witnessing a crisis,” he said.

But at the city’s main crematorium, nearly all the pyres burn simultaneously. Families would usually come in huge groups to chant prayers and carry the body to the pyre. Now, each funeral is small, and loved ones in hazmat suits hurry through the process.

The government is considering increasing restrictions in markets. But, so far, officials have held off because they are wary of inflicting any more damage to the economy. In the meantime, the fine for not wearing a mask was increased fourfold to 2,000 rupees ($27) — a massive sum for the millions of Indians who live on less than $2 per day.

India is No. 3 in the world for reported deaths, behind the United States and Brazil, and No. 2 in terms of recorded infections, though there are some signs the pace of new cases is slowing. It took India 12 days to go from 5 million cases to 6 million but 22 days to go from 8 million to 9 million.

Experts warn that the official numbers, as elsewhere, are significant undercounts. India is not classifying many deaths as being from the virus, and, increasingly, people aren’t getting tested. Some experts also worry that the increased use of rapid tests, which are less accurate, is resulting in a high number of cases being missed.

Mobile testing vans are also going through vulnerable neighborhoods in New Delhi to test people for the virus — but some hoped for more.

“They should do this (testing) by going door-to-door,” said Ajay Kumar Jha, whose brother is being treated for COVID-19. “This will help because many people fear going and getting tested.”