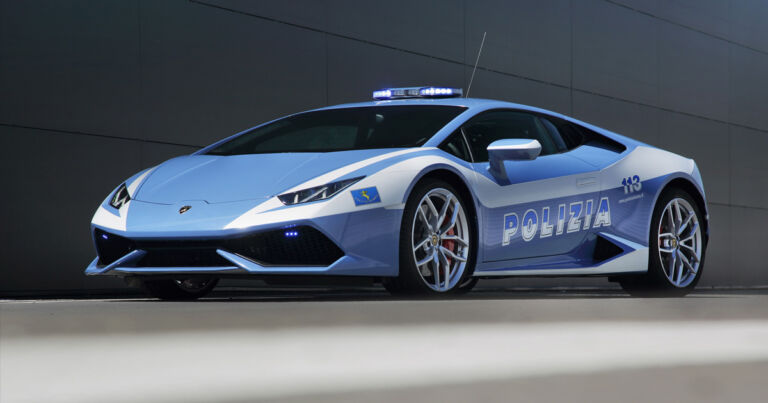 That’s an average speed of 143 mph, cutting a six hour journey from Rome to Padua to a mere third of its usual time.

A video uploaded by the Italy’s national police force to Twitter earlier this month shows the baby blue hypercar being loaded up with the fragile donor organ.

The kidney, protected inside a cooler, had to go into the vehicle’s tiny front trunk — or, in the lingo a “frunk” — because the ten cylinder, 600 horsepower monster of an engine takes over most of the rear of the vehicle.

“‘To save a life you don’t need superpowers,’” read the tweet.

The vehicle, which can accelerate from 0 to 60 mph in under three seconds and tops out at 202 mph, usually serves as a patrol vehicle and joined the force in 2017, according to Jalopnik.

The interior is kitted out with what you’d usually find inside such a car: a police computer, some lights and other equipment.