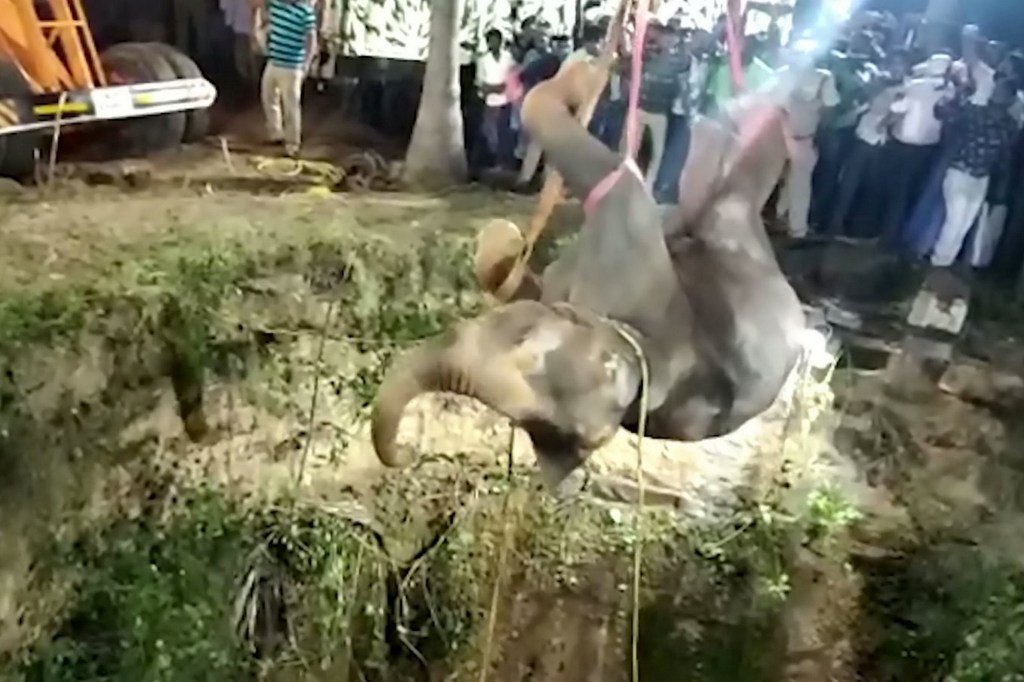 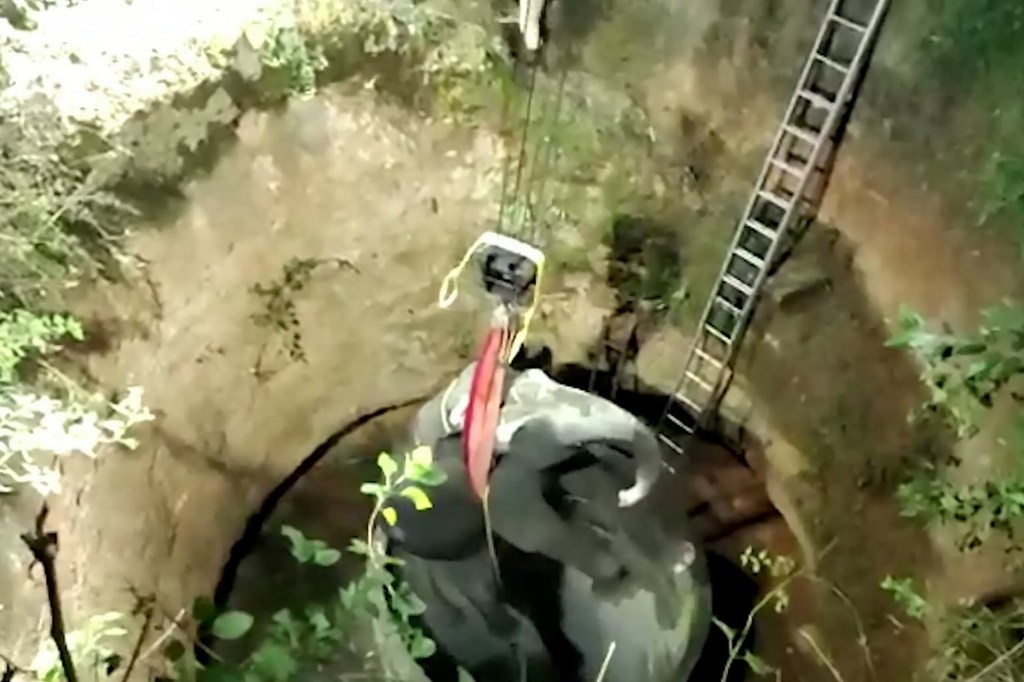 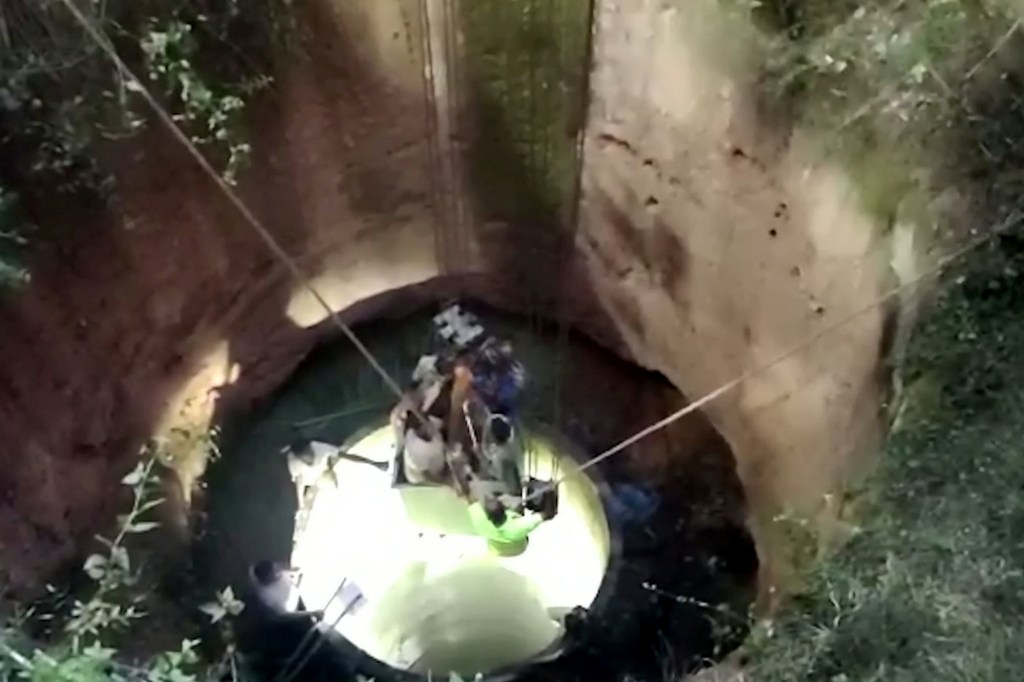 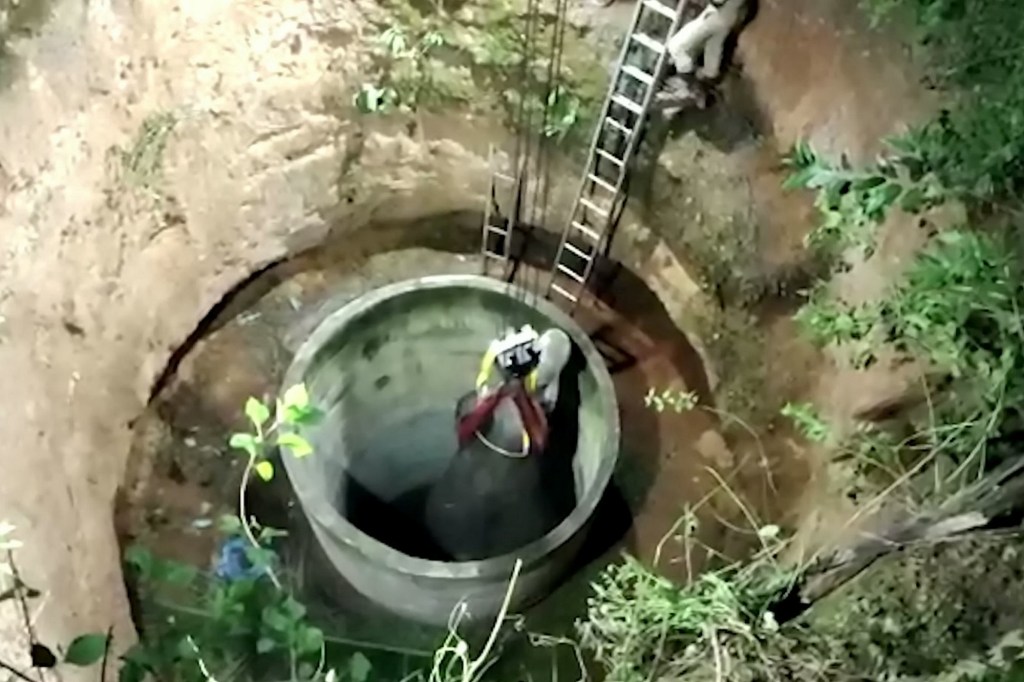 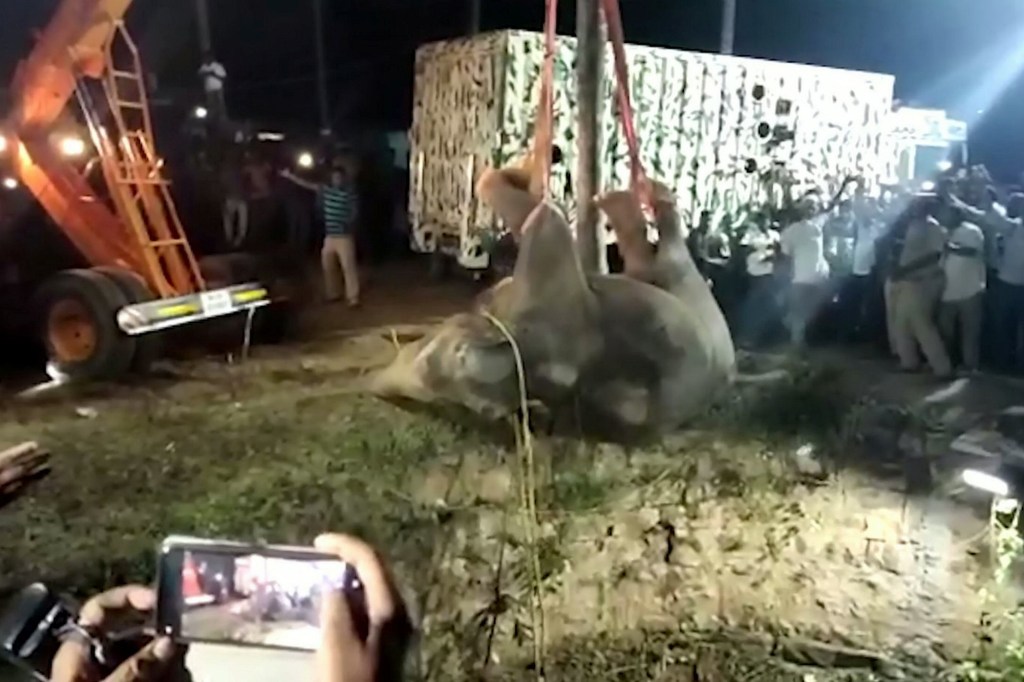 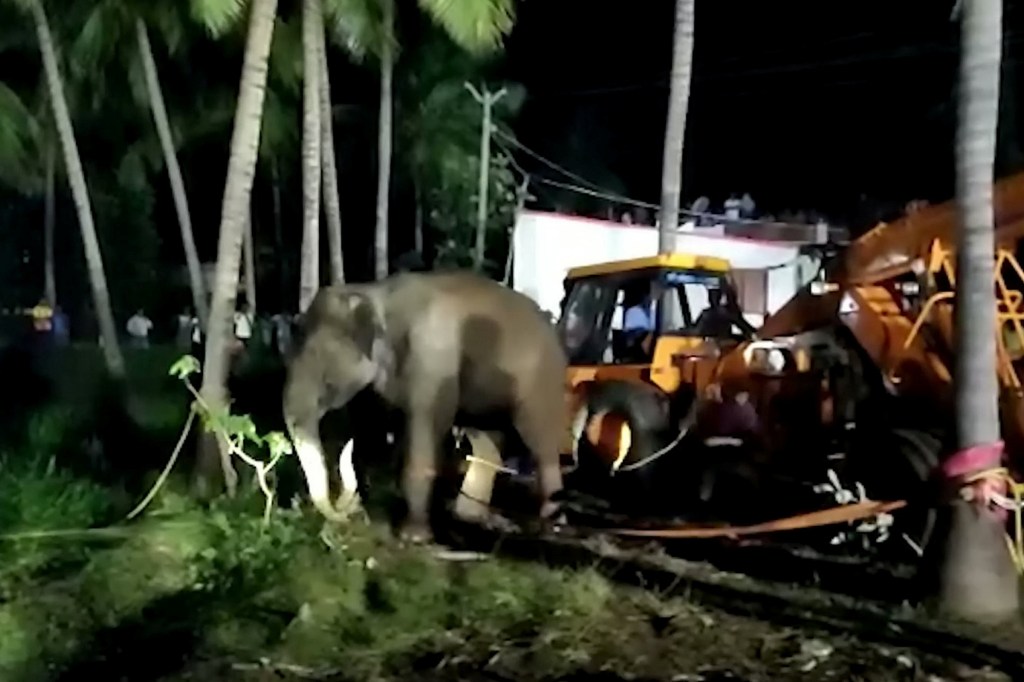 Dumbo was nearly done-for after falling down a well in India.

Crews in the village of Panchapalli raced to save an elephant on Thursday after being chased by dogs and tumbling into a reservoir 50 feet below ground. It took rescuers some 16 hours to devise and enact a plan to haul the poor pachyderm out of the hole with a heavy-duty crane.

A team of wildlife veterinarians from the southern state of Tamil Nadu were on site to direct the effort, as well as more than 50 local officials from the forest department, fire department and local police, SWNS reported.

Excavators were on site to dig out debris, making room for the operation. First, doctors had to be lowered into the well to administer tranquilizers to the anxious animal.