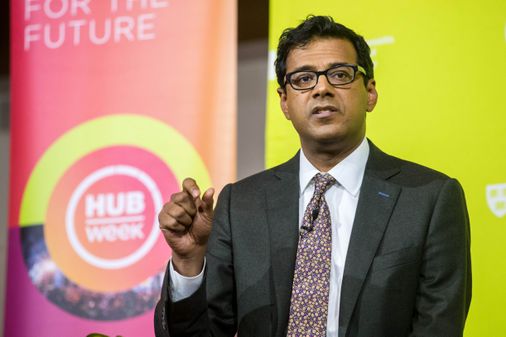 A member of President-elect Joe Biden’s COVID-19 task force and a leading infectious disease expert at Brown University both voiced concerns Friday about the potential for widespread COVID-19 transmission during the Thanksgiving holiday.

Dr. Atul Gawande, a task force member and prominent Brigham and Women’s surgeon and author, told “CBS This Morning” that roughly 1 out of 100 people in the US now carry the virus, and many of them are asymptomatic. So quarantining for 14 days before Thanksgiving, he said, or getting a negative COVID test before the holiday is far from foolproof.

“Many families will have someone infected, and they often don’t know it, that they are capable of passing this coronavirus along,” Gawande told the network. “We need to have that as a strong message coming from the very top across the country.”

His words were echoed by Dr. Ashish K. Jha, dean of the Brown University School of Public Health, who spoke via Zoom during the Massachusetts Association of Health Plans annual policy speaker series Friday morning.

Jha, who until recently taught at Harvard’s T.H. Chan School of Public Health and directed the Harvard Global Health Institute, said cases have spiked in the US after “every major holiday,” which is “one of the reasons I’m very worried about both Thanksgiving and the holidays in December.”

A negative test result, Jha said, shouldn’t be viewed as a license to travel without concern for spreading the virus.

“Let’s say I got infected today,” Jha said. “I would be negative [if tested] for probably two to three days. And so if I went and got tested tomorrow, I would be negative. And then I could say ‘great, I’m in good shape, I’m going to go travel.’ And I could start spreading the virus three, four days from now feeling totally fine. So testing can be an important part of travel, but … you cannot use it as a way to be reliably comfortable that you’re not going to spread the virus to other people.”

Both experts also called for an orderly transition of power from the Trump administration to the incoming Biden administration, which has been stalled as the president refuses to concede the election result.

Gawande, in his CBS interview, said he agreed with Biden’s recent statement that Trump’s refusal to start the transition will cost lives as the pandemic gathers strength. To highlight his concern, Gawande said the Trump administration once reported it will have 300 million doses of vaccine available by the end of the year, but now is reporting that only 20 million or 30 million doses will be ready.

Gawande said the Trump administration’s thwarting of the transition is “dangerous,” given that federal and state governments now face the unprecedented task of vaccinating 330 million people in the US.

“There hasn’t been anything like that undertaken,” he told CBS. “You don’t just simply hand that over and think that everything is going to go smoothly. We need planning and coordination … This is not a partisan issue. The virus just doesn’t care.”

He said the progress being made on vaccine development is encouraging, adding that the pandemic could be largely under control by June.

“We’ve never done a mass vaccination like this,” Jha said. “This is unprecedented in our country’s history, and you do not want the Biden team showing up on Jan. 20 unprepared. And so we’ve got to push for an effective transition or everything I just laid out lengthens by two months, and that probably adds an extra 50,000 Americans dying if we do not act and get this transition happening.”

Material from the Associated Press was used in this report.