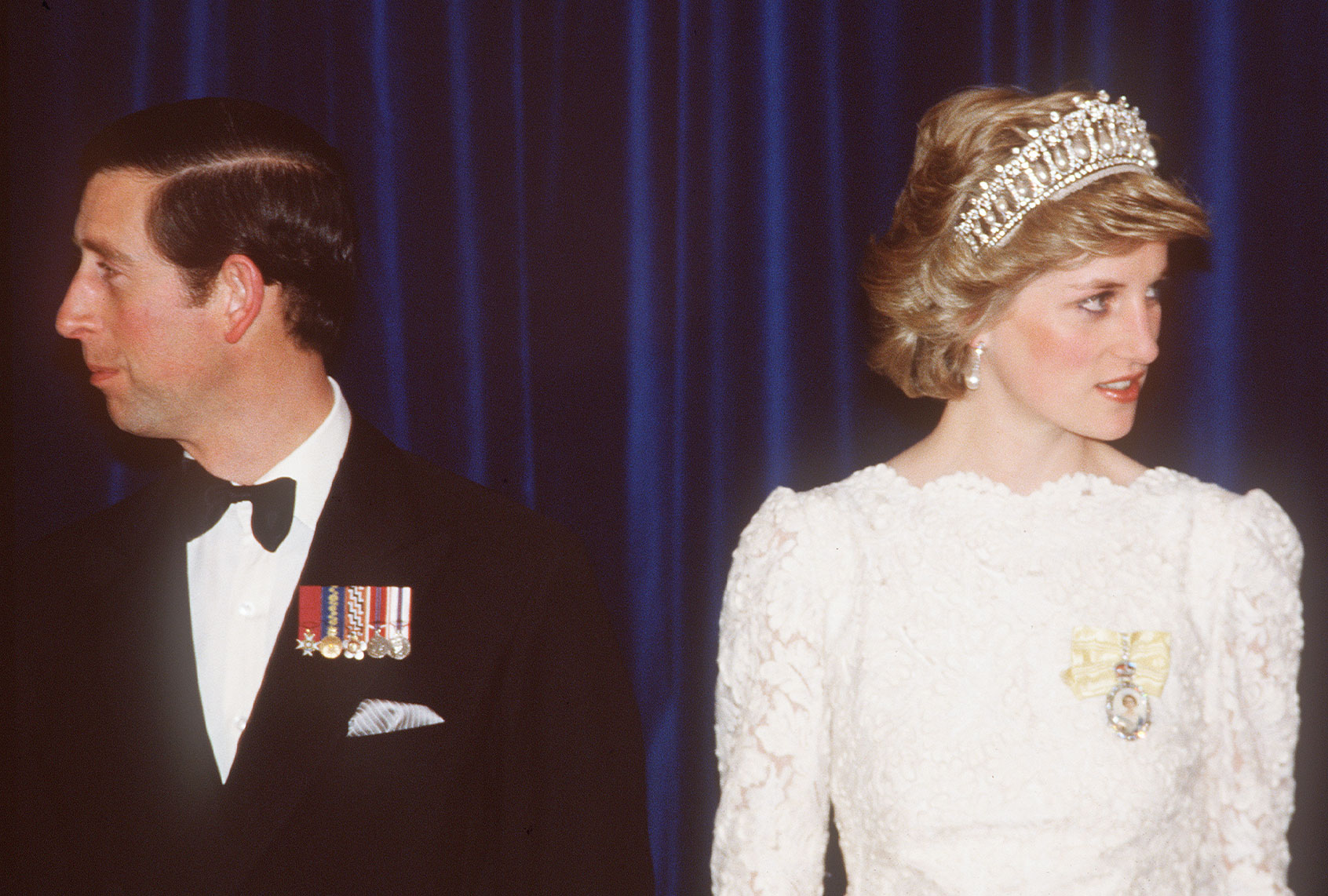 My mother was a dedicated tea drinker. That should have been a clue to the extent of her Anglophilia, I now realize, along with her emphatic insistence that her children “speak the Queen’s English” whenever we’d lapse into slang.

What sealed it was her reaction to Princess Diana’s death in 1997 and worse, my lack of reaction to the news. It was evening when she burst in on me while I was getting ready to go out with friends, breaking the news with surface details about a car crash.

While I don’t remember how I replied, I can’t forget that her reaction let me know that whatever I said was insufficient. That feeling remains with me all these years later. She was shocked that I was still going out, dismayed that I didn’t come home afterward, and horrified that I attended a brunch the next day.

Even worse – though for me, even better – the hosts served sparkling wine for a memorial toast to honor Diana. They even created a banner that read, “Bye bye Di.” They did this out of affection, not as a joke. Didn’t matter. When I shared that detail with my mother she was disgusted. It was the ’90s, an age rife with young idiots styling tasteless stupidity into supposed irony. Distinguishing solemnity from flippancy was tough.

Much later, after swapping stories with other children of divorcees, I began to understand why my reaction was seen by her as sacrilege. To her and other women of a certain generation who mustered the courage to ditch abusive spouses despite the world insisting they remain in their marital misery, Diana validated their decision to leave and pursue happiness. She was a North Star of sorts, an example of how life could improve following a breakup.

Watching the fourth season of “The Crown” brought these memories rushing back, which is strange to consider given the context. The popular image of Diana carried forth in popular culture is that of a composed fashion icon in her 20s and 30s.  The current season presents Diana, played by Emma Corrin, as young and coquettish. She meets and marries Prince Charles, a man 13 years her senior, and not long afterward the age gap said to have played a role in the couple’s relationship disharmony yawns open before us.

But so does Diana’s popularity with the masses.

Diana was a Boomer, and my mother belonged to the Silent Generation, an age cohort characterized by a general respect for authority and taught to bear life’s challenges quietly, work diligently and without complaint, and generally stuff it all down.

My mother’s marriage was already failing by the time I was born, and Diana Spencer wouldn’t be introduced to the world until almost a decade after I arrived.  But somehow, even though we never had celebrity gossip magazines in the house or watched tabloid TV shows, she had some inkling that Charles and Diana’s relationship was on the rocks.

Owing to the time period in which the fourth season is set I see more of my mother in Olivia Colman’s portrayal of the Queen than I do in Corrin’s Diana, which makes sense. Mom would have been a teenager when Queen Elizabeth II married Prince Phillip and very likely watched the wedding or at least enjoyed photos of the ceremony.

Colman gives us Elizabeth in midlife, a sensible woman in her 50s who had lived through World War II and social revolutions and considered the weight of her obligations more important than children whining about not being loved enough. During that same time period my mother would have been only slightly younger, and although her own kingdom was a speck compared to the British commonwealth, she’d certainly seen some things.

This led me to joke with my husband during a scene in “Avalanche,” the ninth episode of the current season, that it felt as if I were watching two sides of my parent in conversation with each other. Diana was the part of her that tried so very hard to make things work, and that makes it painful to watch Corrin play her with eyes downcast and ready to take sole blame for a situation that was designed for her to get short shrift. Elizabeth in the meantime sits Diana and Charles down, ostensibly to counsel the couple.

“Something as important as the marriage of the future monarch simply cannot be allowed to fail,” Elizabeth crisply declares. “Your marriage, all of our marriages, are a reflection on the integrity of the crown. And if they show cracks, that they cannot be relied upon, then the constancy and stability that the monarchy is supposed to represent is called into question too.”

This expresses the weight, I suspect, of many crumbling marriages where children are involved, where the family unit’s constancy is paramount.

But once Diana’s apology is out and she declares she wants to commit to repairing the marriage, Elizabeth is ready to be out of there like a shot. “Good!” she chirps. “Well, that’s that then” – which is without a doubt the voice of a generation. My mother’s generation.

Her divorce stretched on for what felt like the better part of a decade, and its finalizing pre-dates Diana and Charles’ separation by only a handful of years. But I surmise that seeing that the world’s most famous princess was enduring an unhappiness that resembled her own must have given her some comfort.

And I’m betting it was Diana’s solo American tour that lit my mother’s torch for the princess. The season finale shows her famous visit to Harlem Hospital Center, where she spontaneously embraced a young boy with AIDS in an era when people were afraid to touch people living with the virus. To the world, moments like that made Diana accessibly human. To women like my mother, it lent extra value to the universality of maternal love and sacrifice.

Prior to this season’s premiere I wondered aloud why so many considered “The Crown” to be comforting television. The seasons leading up to the current installment are Peter Morgan’s lengthy examination and theorizing as to how monarchic duty transforms a person, a woman, into a national symbol, something more than common but perhaps less than human. This makes “The Crown” a graceful tragedy . . . until Diana.

Owing to her star power, her entry into the story lends a fresh tension to the story and suggests dimensions to her character and personality that the public may not have known. Morgan’s impressions of all the royals are several parts research and more than a few parts guesswork; it is fiction guided by biography.

The best fairy tales hold kernels of truth, however, which is why I found myself missing my mother and wondering what she would have made of Corrin and Morgan’s Diana. Because we know the sort of woman Diana evolves into once she’s rid of Prince Charles: a benevolent and gentle philanthropic icon, an exemplar of fashion and taste, an ideal for striving women who start over.

Granted, we’re not seeing the Princess she celebrated, the one who snuck young Harry and William out of the castle to get fast food or play with other children, the kind of simple treats mothers bestow upon their children to soothe and lend normalcy to a fraught home life. Still, I believe it would have validated her choice to look to the curated model of royalty to mold her children regardless of the fact that only one of her five children absorbed those lessons. (In case you’re wondering, I’m not talking about me.)

Such recollections sweeten the experience of this season by cracking open an understanding heretofore beyond my grasp – about my mother, about Diana and the Queen and their meaning to a world of women who never met them. And this is not a singular experience; a few years ago I told the “Bye Bye, Di” story to another friend whose mother, another woman who divorced later in life, would have been around the same age as mine. Her eyes widened in horror and she shook her head.

She understood what I didn’t, that I’d failed to honor the unofficial patron saint of emancipated ex-wives and mothers. Now I finally get it thanks to “The Crown,” and I say a prayer for my mother’s spirit: God save the Queen and Heaven help careless daughters like me.