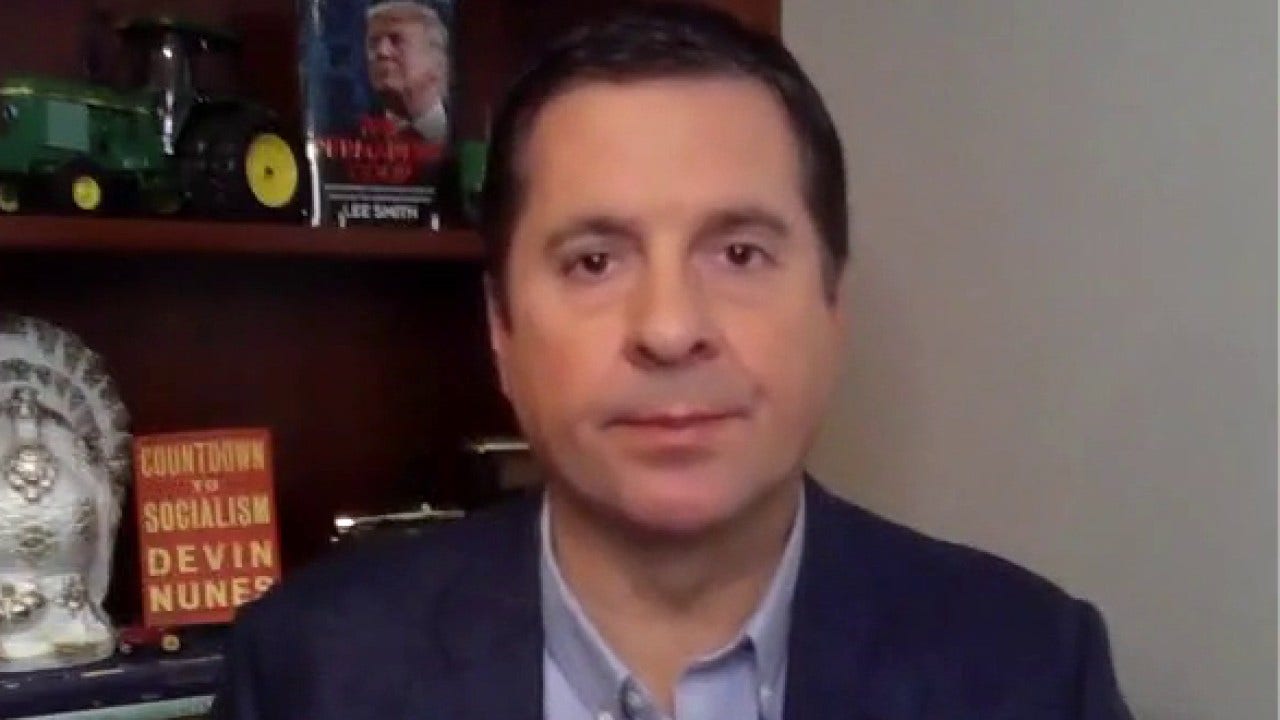 Biden’s transition team has said that it’s “charging ahead” despite no official declaration by President Trump’s administration that Biden won the White House.

Transition spokeswoman Jen Psaki told reporters earlier this month that while a lot of work can be accomplished without access to government agencies, the president-elect and his team would benefit from intelligence briefings and real-time information from around the globe.

“With every day that passes, it becomes more concerning that our national security team and the president-elect and the vice president-elect don’t have access to those threat assessments, intelligence briefings, real-time information about our engagements around the world, because, you know, you don’t know what you don’t know. And in order to prepare to govern, it’s important that they have access to that information,” she emphasized.

On Sunday, Nunes disagreed with her claims, saying, “As far as I know, he [Biden] has been getting briefings since after the Democratic Convention and the Republican Convention.”

“Both presidential candidates get briefings, and this was the case four years ago when both Hillary Clinton and Donald Trump were getting briefings,” he continued. “And if you may recall, supposedly, reportedly, they actually used those briefings on Trump to actually spy on him.”

Host Maria Bartiromo also asked Nunes on Sunday what his thoughts are on alleged voting irregularities in the 2020 election from his role in the intelligence committee.

The Trump campaign has filed legal challenges in battleground states like Pennsylvania, Arizona and Michigan, and it has asked for a recount in two Wisconsin counties. Trump has repeated unfounded claims about fraud and that the election was “rigged.”

“This is a very close election,” Nunes noted. “It’s in Joe Biden’s best interest and his overlord Obama that sits a mile from the White House… they ought to be the ones that are asking for every vote to be legally counted because you have to remember, the Democrats got smashed in this election.”

“They got destroyed at the state level, the local level, congressional level and the Senate level assuming that we win these two seats in Georgia, so this is a guy who is limping into the presidency,” he continued. “He was the first guy to run a successful campaign from a basement without actually going out and intermingling with people.”

Georgia is facing two Senate runoff elections in January after two candidates fell shy of 50% of the vote, which candidates must receive in order to win under state law. The results of the runoff elections will likely determine whether Democrats or Republicans get control of the Senate.