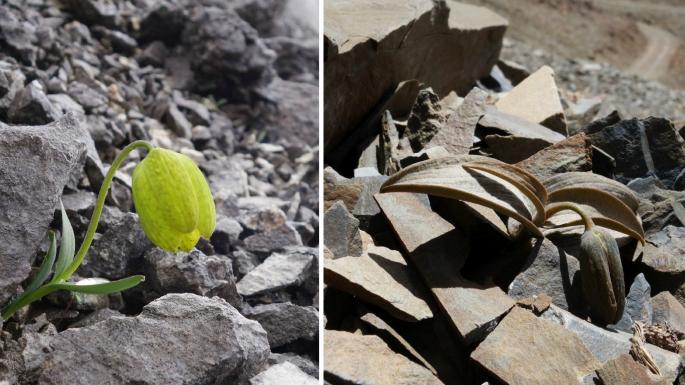 For most of its evolution the Fritillaria delavayi has had no natural predators. Nothing eats it: it need fear no grazers. So it stood proud and colourful on Chinese hillsides.

But then some humans decided it cured scrofula, a form of tuberculosis, and now in much of the country it has changed to dull greys and browns. Initially, the variation in the colour of the high-altitude Fritillaria delavayi, found among the mountains of Sichuan province, was a mystery to scientists.

“Like other camouflaged plants we have studied, we thought the evolution of camouflage of this fritillary had been driven by herbivores, but we didn’t find such animals,” said Dr Yang Niu, of the Kunming Institute of Botany. The plant is bitter and alkali, and there