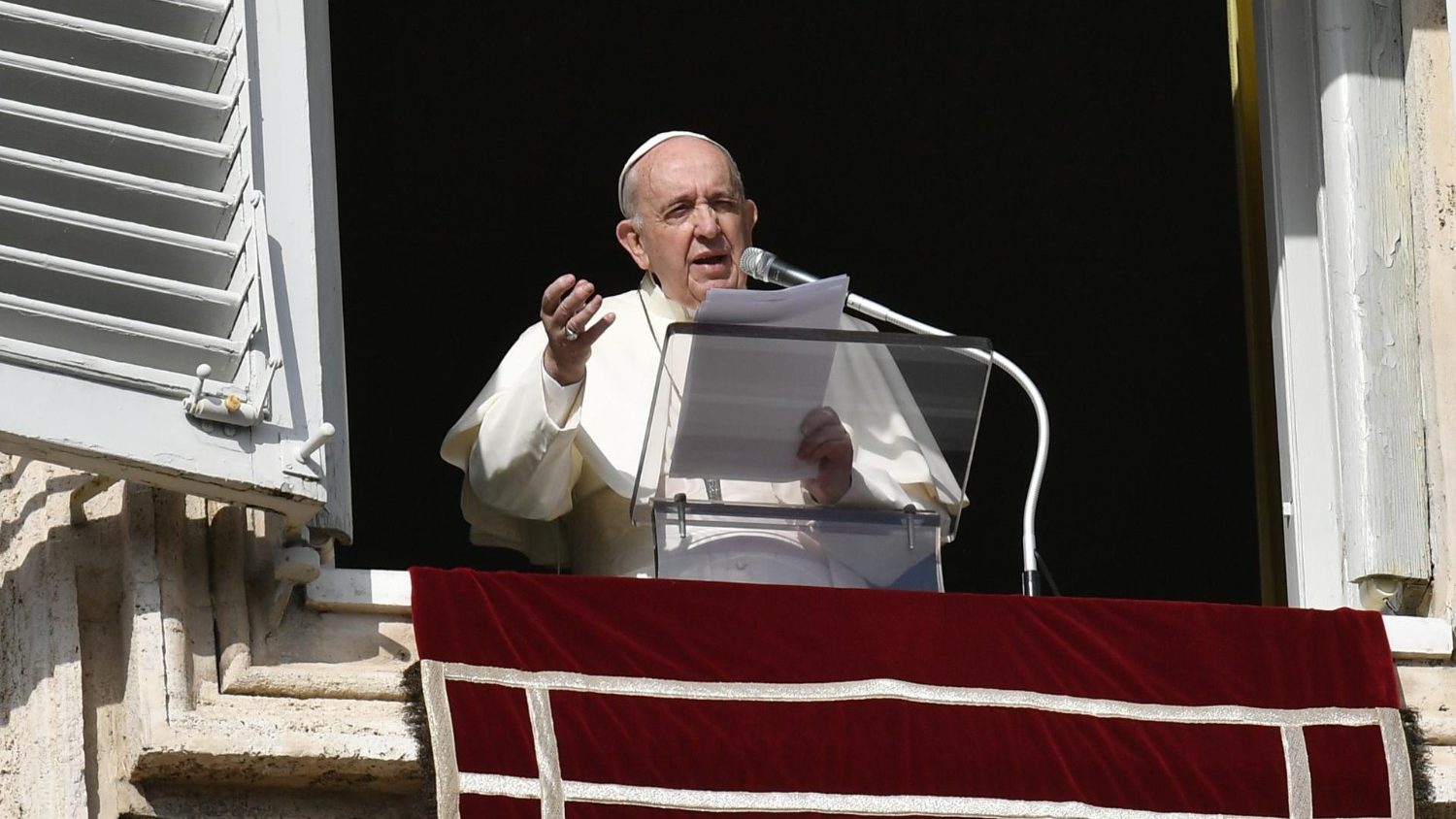 Marking the Solemnity of Christ the King on the last Sunday of the liturgical year, Pope Francis reflected on the parable that, he said, unfolds the mystery of Christ.

Addressing the faithful during the Angelus in St. Peter’s Square, the Pope said “He is the Alpha and the Omega, the beginning and the end of history” and he explained that today’s liturgy focuses on the “Omega”, that is, on the final goal.

“The meaning of history is understood by keeping its culmination before our eyes: the goal is also the end,” he said.

Taking his cue from the Gospel according to Matthew (25:31-46) that places Jesus’s discourse on the universal judgement at the end of His earthly life, the Pope observed that “He, the one whom men are about to condemn is, in reality, the supreme judge.”

The King of the Universe is filled with meekness and mercy

“In His death and resurrection, Jesus will manifest Himself as the Lord of History, the King of the Universe, the Judge of all. But the Christian paradox is that the Judge is not vested in the fearful trappings of royalty, but is the shepherd filled with meekness and mercy,” he said.

The Pope explained that Jesus, in this parable of the final judgement, uses the image of a shepherd, recalling the prophecy of Ezekiel who had spoken of God’s intervention in favour of His people against the evil pastors of Israel. They had been cruel exploiters, he said, preferring to feed themselves rather than the flock.

Therefore, he continued, “God Himself promises to personally take care of His flock, defending them it from injustice and abuse.”

The Pope said that this promise God made on behalf of His people is fully accomplished in Jesus  Christ, who says of Himself: “I am the good shepherd” (Jn 10:11, 14).

“In today’s Gospel passage, Jesus identifies Himself not only with the king-shepherd, but also with the lost sheep, that is, with the least and most in need of His brothers and sisters,” he said.

We will be judged according to love ‘given or denied’

What’s more, “He thus indicates the criterion of the judgement: it will be made on the basis of concrete love given or denied to these persons, because He Himself, the judge, is present in each one of them.”

“We will be judged on love, not on feelings, no: on works, on compassion that becomes nearness and kind help,” he said.

And He will ask us, he added: “Were you a little bit like a shepherd as myself?”

This, he stressed, is the question that the Gospel puts in our hearts today as the criterion of the judgement: “That time when I was experiencing difficulty, were you able to lose a bit of time to take care of me? With my grace, were you able to go out of yourself a bit to realize I needed help? Did your heart soften before my wounds, my loneliness, my discomfort?”

This will be the criterion with which Christ, the King of the Universe, who made himself a lamb in order to save us, will inspect and judge us, he said.

The Pope concluded exhorting the faithful to ask the Virgin Mary to teach us to reign by serving:

“Let us learn from her to enter God’s Kingdom even now through the door of humble and generous service.”