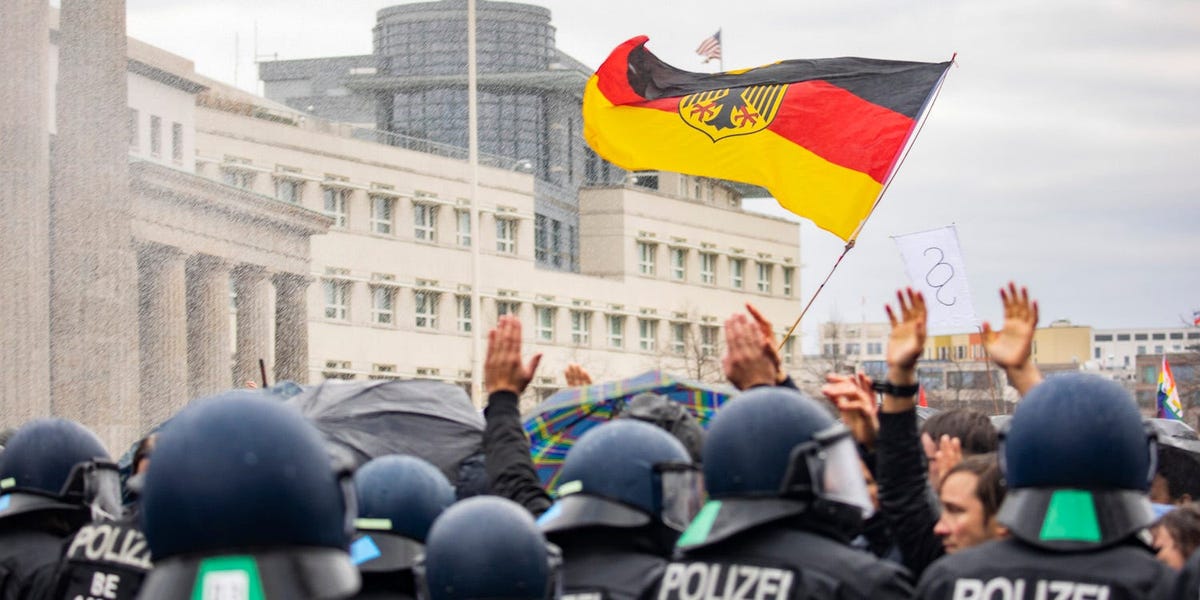 In recent months, Germany has become the epicenter of Europe’s anti-lockdown movement, as thousands of people have been taking to the streets to defy social distancing measures and mask mandates.

The anti-lockdown protesters, who include conspiracy theorists, far-right extremists, anti-vaxxers, and coronavirus skeptics, have united to accuse German lawmakers of triggering unnecessary panic and infringing on civil liberties.

Many of the recent protests have been organized by the “Querdenken 711” movement, which has also been backed by Robert F. Kennedy Jr., a prominent anti-vaxxer and the nephew of former president John F. Kennedy.

Experts also worry that the movement is becoming increasingly radical. Most of QAnon’s European followers are largely based in Germany, and more demonstrators at anti-lockdown protests are seen waving Q flags.

QAnon advocates claim that the US is secretly controlled by a cabal of politicians, celebrities, and media figures who engage in child abuse and pedophilia and that President Donald Trump will eventually move against these people. Its believers seek clues from an unknown government insider known as Q. There is no evidence to support the theory, and none of its foretold reckonings have taken place.

Scroll down to find out more about how Germany became the epicenter of Europe’s anti-lockdown movement and how QAnon played a role.