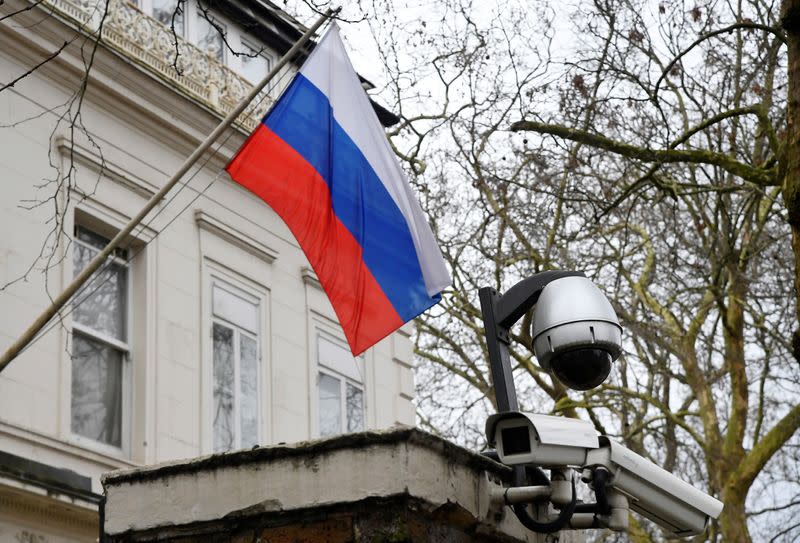 MOSCOW (Reuters) – Russia has banned entry to 25 British citizens in retaliation for similar measures by Britain, Russia’s foreign ministry said on Saturday, without providing their names.

Britain brought sanctions against 25 Russians and 20 Saudis in July as part of post-Brexit measures foreign minister Dominic Raab said were aimed at stopping the laundering of “blood money”.

The British list includes Russian nationals Britain has said were involved in the mistreatment and death of lawyer Sergei Magnitsky.

Magnitsky was arrested in 2008 after alleging that Russian officials were involved in large-scale tax fraud. Magnitsky died in a Moscow prison in 2009 after complaining of mistreatment.

“For all the subjects related to the death of S. Magnitsky, we have repeatedly given exhaustive comments and explanations which, apparently, London prefers to ignore,” Maria Zakharova, Russia’s foreign ministry spokeswoman, said in a statement.

The actions of the British side look like an attempt to interfere in another country’s internal affairs and put pressure on the Russian justice system, she added.