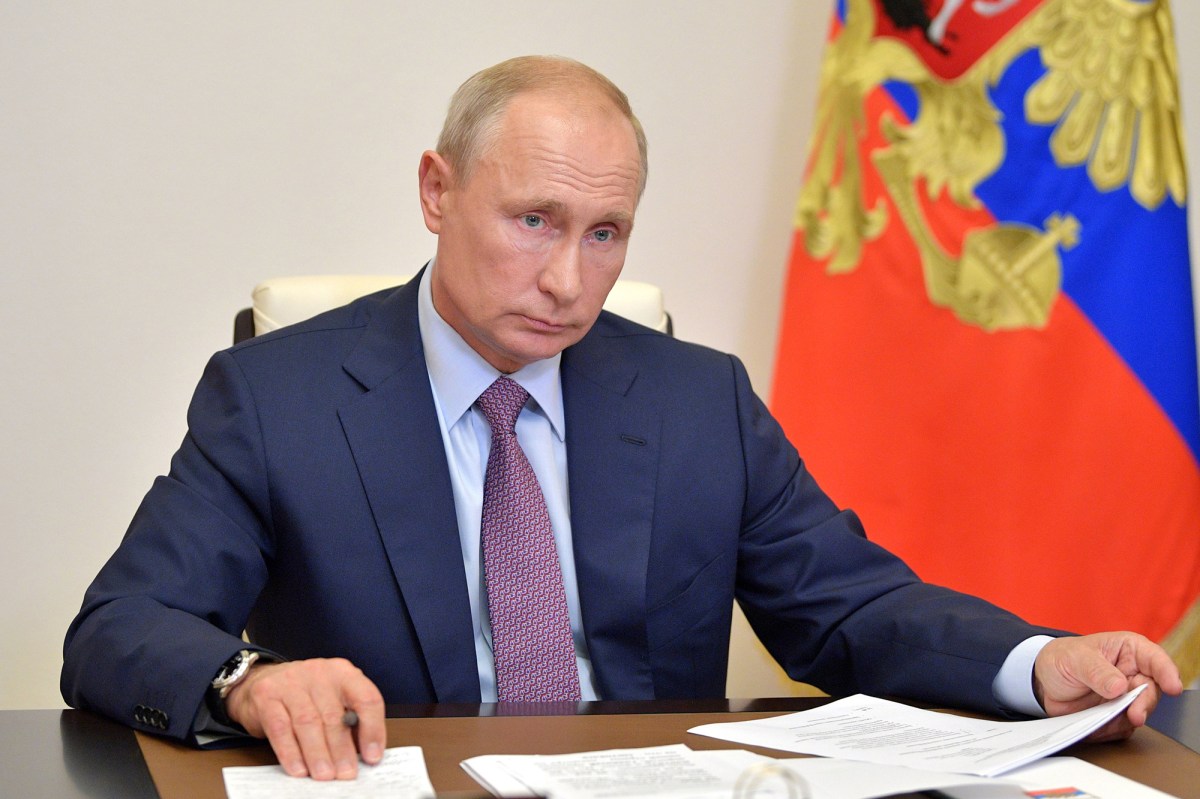 Russian leader Vladimir Putin will not be taking the country’s newly developed coronavirus vaccine, the Kremlin announced Tuesday — even though health officials declared the shot was more than 90 percent effective and is already being given to some people.

“We have not yet begun widespread vaccination and the head of state can’t take part in vaccination as a volunteer,” a Kremlin spokesman told Bloomberg. “It’s impossible. The president can’t use an uncertified vaccine.”

This was despite the fact that just hours after Pfizer announced promising results from its late-stage COVID-19 vaccine trial — which showed the inoculation was more than 90 percent effective — Russia proclaimed the same of its Sputnik V vaccine, without providing any studies.

Health officials have since said the shot was shown to be 91.4 percent effective in preventing coronavirus infections in initial tests, although final results have yet to be published, according to Bloomberg.

Earlier data, however, showed that the vaccine was more than 95 percent effective among volunteers who were injected, the Guardian reported.

The results stem from a 42-day trial of 19,000 volunteers who received two doses of Sputnik and 21 volunteers who got a single dose, the outlet said.

But while Putin has yet to try his country’s vaccine, other top Russian officials, including Kirill Dmitriev, head of the country’s Direct Investment Fund, have been among those volunteering to be jabbed — and reported feeling fine.

“This is indisputably positive news not just for Russia, but for the entire world, for all countries,” Dmitriev told the Guardian.

Russia’s Sputnik V is just one of several candidates in the worldwide race to develop a vaccine for COVID-19, which has so far infected more than 59 million people worldwide and killed 1.4 million, according to Johns Hopkins University data.

There are more than 2 million cases in Russia.