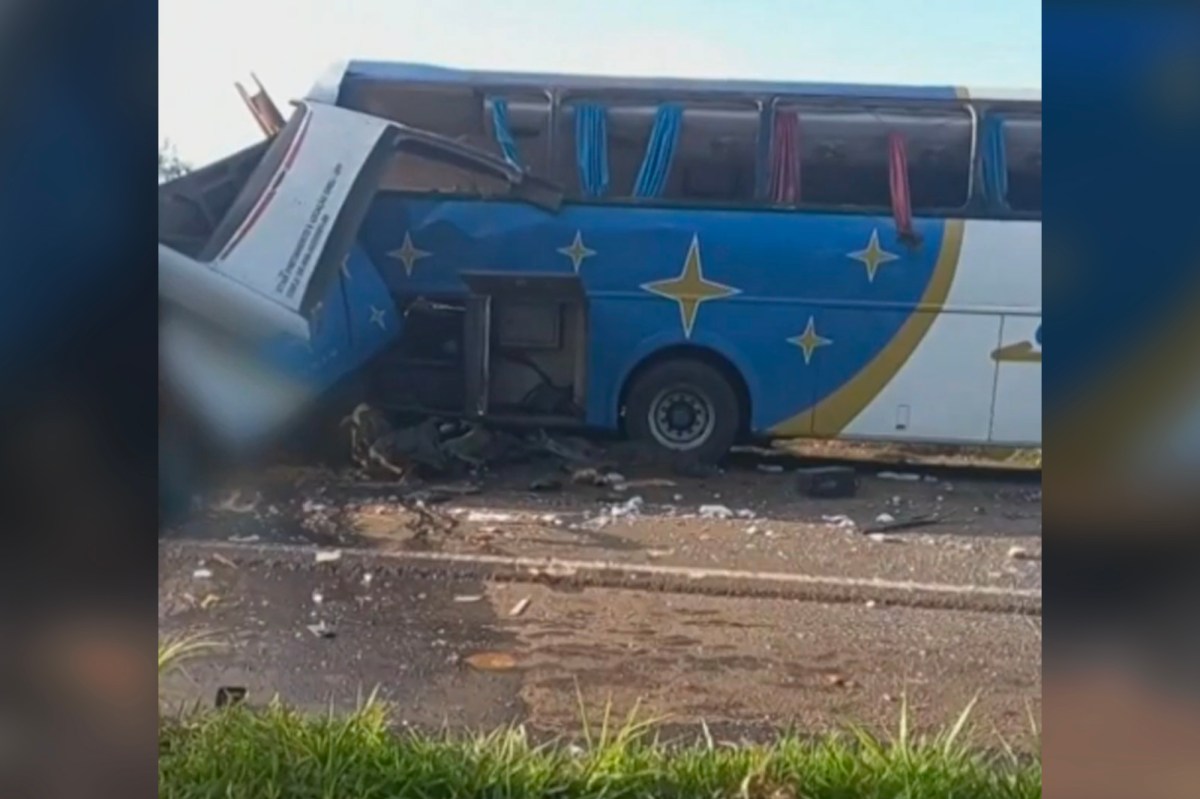 At least 22 people were killed in Brazil early Wednesday when a packed bus crashed head-on with a truck, according to reports.

Horrific images shared by G1 GloboNews showed the bus completely crushed and crumpled at the front — with the top seemingly missing from the truck’s cab after the 7 a.m. crash on the outskirts of Sao Paulo.

As well as the 22 confirmed dead, at least 15 others were injured — with some still trapped in the wreckage in a remote section of the city’s Alfredo de Oliveira Carvalho highway, police told the station.

The bus had been packed with at least 40 employees from a textile company, firefighters told GloboNews.

São Paulo Military Police spokesman Lt. Alexandre Guedes said the location was difficult to access, and warned the death toll could easily change, according to the report. The injured were taken to several hospitals around the region, officials said.