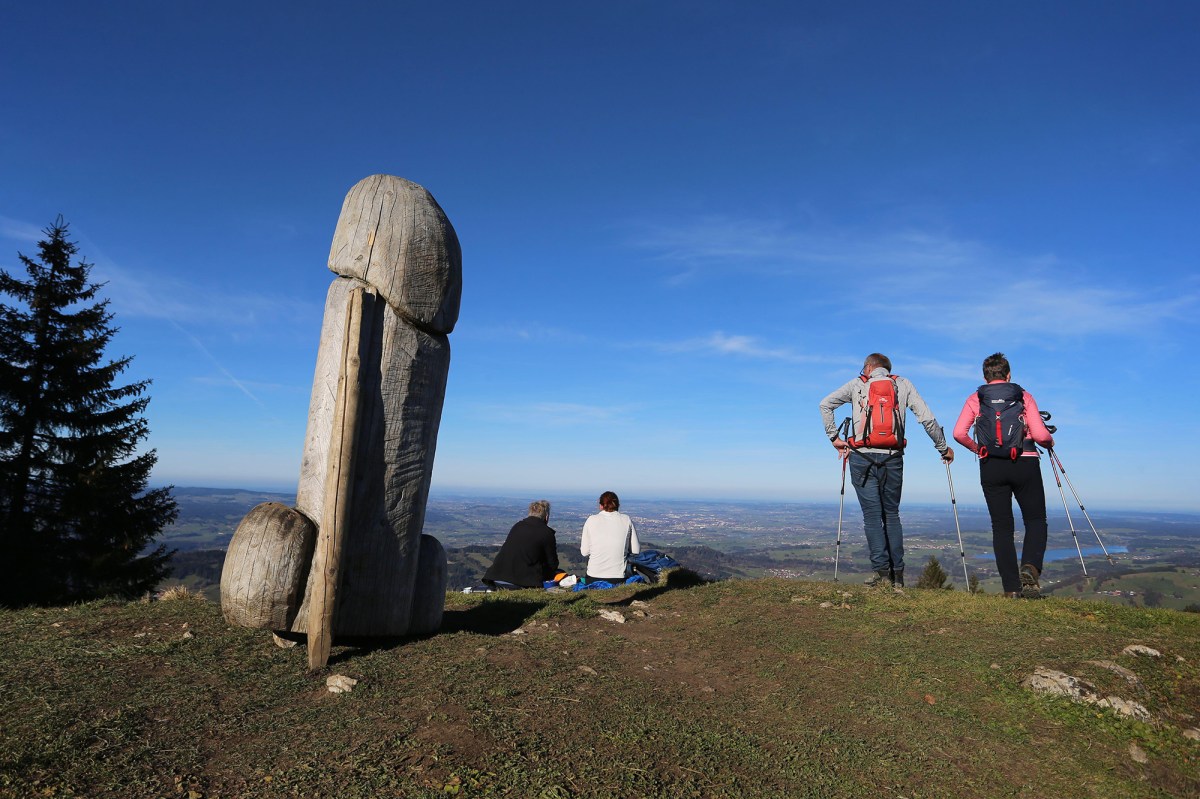 BERLIN — Police in southern Germany have opened an investigation into the disappearance of a large wooden sculpture of a phallus from a mountainside where it appeared without explanation several years ago.

Local newspaper Allgaeuer Zeitung reported Monday that the almost 7-foot tall sculpture appeared to have been chopped down over the weekend, with just a sorry pile of sawdust left behind on the 5,702-foot high Gruenten mountain.

The male genitalia had gained celebrity status in recent years as a destination for hikers, and even appeared on Google Maps, where it was classified as a “cultural monument.” Local lore has it that it was made as a prank birthday present for a young man whose family didn’t appreciate the gift and so the 440-pound sculpture was hauled up the mountain and left there.

The German news agency dpa reported that police in the Bavarian town of Kempten are investigating the disappearance, although it wasn’t clear whether a crime had been committed.