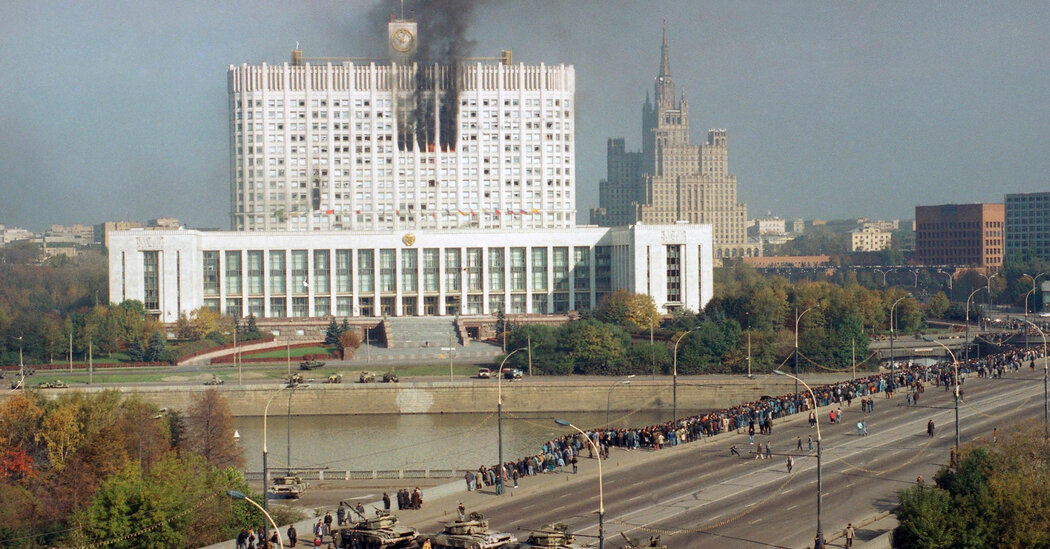 I remember sitting in the parlor of a Donetsk economics professor, an earnest and mild-mannered man, who, in the middle of an interview, ran into the bedroom to comfort his wife, who had suddenly started shrieking. She had been watching Russian television while doing the ironing and, terrified by bloodcurdling reports of Ukrainian “fascists” on the march, was certain that “they are coming to slit our throats.” The couple, both nearing retirement age, rushed off to join the barricades.

The war that followed has now dragged on for six years, killing more than 13,000 people, nearly all civilians. People who wanted nothing to do with the “Donetsk People’s Republic,” who, according to opinion polls carried out shortly before its declaration, constituted a large majority, have mostly left the “republic” that no other country, including even Russia, recognizes. That has left only true believers, the elderly and those too poor to move.

In Moscow in 1993, the insurrection fizzled quickly, at least on the streets, though not in minds.

Aleksandr Rutskoi, a former Soviet bomber pilot who led the rebellion against President Boris Yeltsin, vowed to “fight to the end,” but barely 24 hours later he surrendered. Dressed in military fatigues, he was bundled onto a battered bus with his captured confederates and driven off to Lefortovo prison.

Mr. Rutskoi, highly decorated for his service in Afghanistan, cut a pathetic figure. Defeated and dejected he was unmistakably a loser.

But the winners squandered the victory, unleashing a wave of crooked privatizations and staging a deeply flawed presidential election in 1996 that kept an infirm and increasingly erratic Mr. Yeltsin in the Kremlin for a second term. When that was nearly done, he handed over power to Vladimir V. Putin.

A former KGB officer who believed in order above all else, Mr. Putin had no time for insurrection but he embraced the revanchist cause, reviving Russia’s ambitions as a global power, the reach of the security services, the music of the Soviet national anthem, Soviet-era emblems for the military and patriotism as a cudgel against his critics.