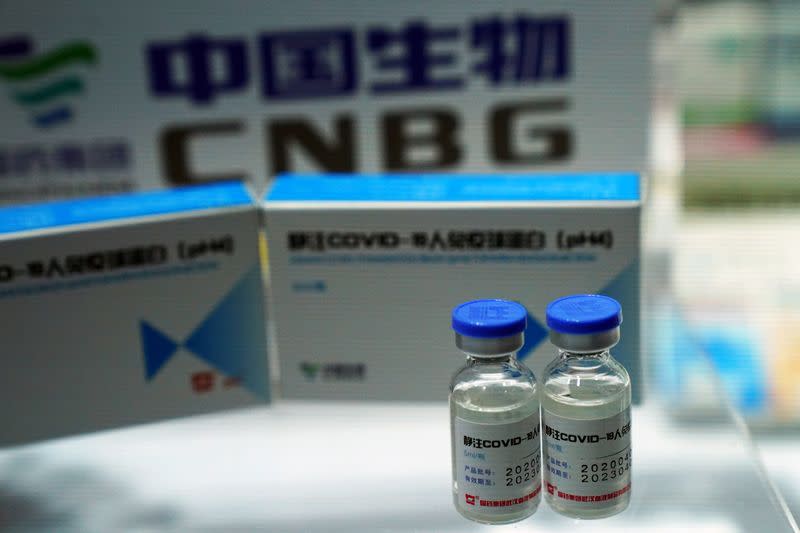 A total of 72,000 people have been overseas after receiving China’s emergency jabs, including around 40% of more than 5,000 staffers on one Chinese firm’s Pakistan-based project, CNBG said.

None of the vaccinated diplomats, international organization representatives or employees at Chinese firms, who went to countries of high virus risk, contracted the COVID-19 disease caused by the new coronavirus, despite their close contact with infected locals, CNBG said.

The firm did not break down the number of doses for each of the two vaccines used in the emergency program.

Aside from CNBG’s two vaccines, China’s emergency use program also includes a potential shot from Sinovac Biotech. A fourth candidate from CanSino Biologics was approved for use in Chinese military personnel.

The vaccine from CNBG’s unit Beijing Institute of Biological Products was approved in China for broader use among the general public last year. The two-dose regimen is 79.34% effective against the disease, according to interim analysis from late-stage clinical trials overseas.

Although the CNBG vaccine’s protection rate is lower than the more than 90% efficacy of vaccines from Moderna Inc or Pfizer Inc and its partner BioNTech SE, it can be transported and stored at less demanding temperatures.