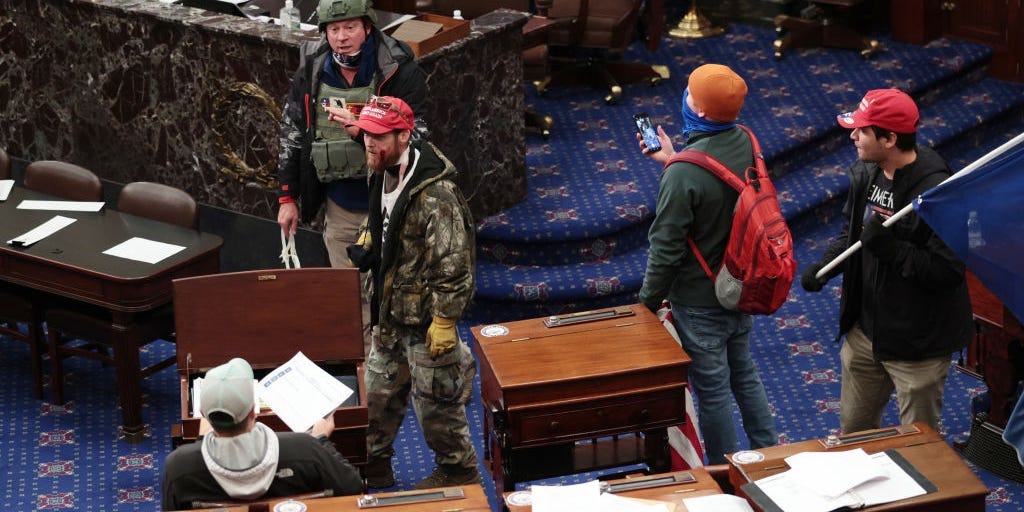 The attempted coup by armed Trump supporters at the US Capitol on Wednesday marked the most significant breach of the building since 1814 during the War of 1812.

British troops set fire to the Capitol in August 1814. They set “much of the city” ablaze after meeting “little to no resistance,” according to the Architect of the Capitol’s website. The Brits “torched major rooms in the Capitol, which then housed the Library of Congress, as well as the House, Senate and Supreme Court.” A rainstorm helped prevent the Capitol’s complete destruction. The White House, the navy yard, and several US warships were also set ablaze by British troops at the time.

The Capitol was also breached in 1954 by Puerto Rican nationalists who fired on House members, wounding five. But nothing has been seen at the Capitol on the same scale as what took place during the War of 1812 until January 6, 2021.

The difference between the events of 1814 and what transpired on Wednesday in the nation’s capital is the former involved a foreign adversary, while the latter was provoked by the sitting president of the US as part of an effort to overturn a free and fair election he lost.

The armed supporters of President Donald Trump who stormed the Capitol clashed with police and vandalized property in the process. They entered the House and Senate chambers, taking selfies. Some also went into House Speaker Nancy Pelosi’s office. And a woman was shot amid reports of other injuries and blood on the ground.

Trump incited the insurrection with an incendiary speech in which he reiterated his baseless claims that the election was stolen from him due to mass voter fraud.

“We’re going to walk down to the Capitol. And we’re going to cheer on our brave senators and congressmen and women, and we’re probably not going to be cheering so much for some of them,” Trump said to his supporters during the speech.

“Because you’ll never take back our country with weakness,” he added. “You have to show strength, and you have to be strong.”

Trump’s speech came ahead of the certification of the Electoral College vote in Congress. The riot he sparked, which resulted in the Capitol being breached by a large, violent group for the first time in 207 years, prompted Congress to be evacuated and prevented the process from being completed.