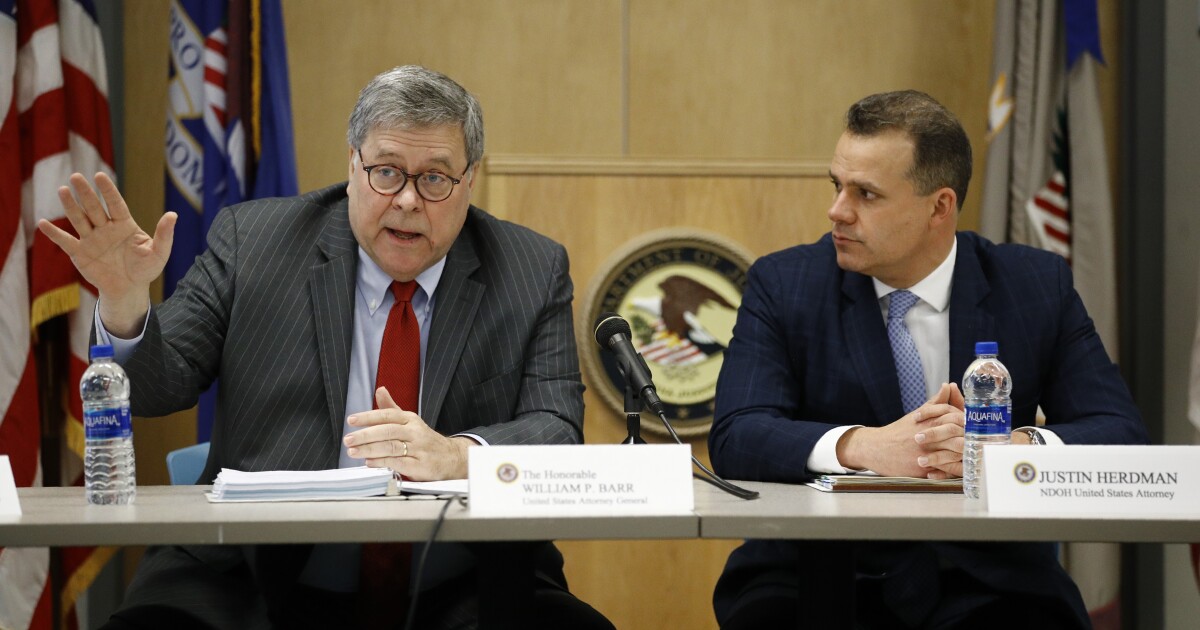 CLEVELAND — U.S. Attorney Justin Herdman issued a warning to Northeast Ohioans who traveled to Washington D.C. to protest the Electoral College’s certification of President-elect Joe Biden. He said that anyone who took part in illegal acts in the chaos will face prosecution.

“I have two days left on this job. I can go with very little sleep in that remaining time. If these people, or anyone else who committed federal crimes at the Capitol today, are from Northern Ohio, you are going to be held accountable before I leave office,” Herdman tweeted. “Coffee is brewing…”

I have two days left on this job. I can go with very little sleep in that remaining time. If these people, or anyone else who committed federal crimes at the Capitol today, are from Northern Ohio, you are going to be held accountable before I leave office. Coffee is brewing… https://t.co/N0K73tC7Wr

Herdman announced last month that he would be leaving office in January. First Assistant U.S. Attorney Bridget Brennan will take over his role this month.

Early Wednesday morning, hundreds of Donald Trump supporters traveled to Washington by bus to join the planned protests. Around 250-300 supporters were seen carrying signs and flags as they boarded the bus that departed from Garfield Heights just after 2 a.m.

Congress was meeting in a joint session on Wednesday in a Constitutionally mandated process to tally the Electoral College votes and formally select president-elect Joe Biden the winner of the 2020 election until supporters of President Trump broke through barricades surrounding the Capitol building, forcing a lockdown and evacuation of lawmakers.

Police say they believe protesters were able to get inside the Capitol building by pouring chemical irritants on law enforcement.

Metropolitan Police confirms one person was shot and killed inside the Capitol.

RELATED: Woman shot inside Capitol during riot has died

CNN reported that at least two explosive devices have been found around D.C. today.

President-elect Joe Biden said the events weren’t a protest, but an “insurrection” and called on President Trump to “step up.”

The National Guard was later deployed to quell the unrest. It’s not known if any Ohioans were arrested.

A city-wide curfew is currently in place in Washington.

Live blog: ‘Chemical irritants’ used to get inside, at least 13 arrested, police say

CLICK HERE to read News 5’s coverage of Chaos in the Capitol.

Download the News 5 Cleveland app now for more stories from us, plus alerts on major news, the latest weather forecast, traffic information and much more. Download now on your Apple device here, and your Android device here.

Sorgente articolo:
U.S. Attorney to Northeast Ohioans who committed crimes at Capitol: You will be held accountable – News 5 Cleveland