Violent protesters storming the US Capitol on Wednesday marked the first time that the building had been breached since the War of 1812.

On Aug. 24, 1814, the British invaded Washington, D.C., and torched the Capitol after a victory over American forces at Bladensburg, Maryland, according to a government history of the building.

Under the command of Vice Admiral Sir Alexander Cockburn and Major General Robert Ross, the troops set fire to prominent rooms in the building, which at the time was still under construction.

At the time of the invasion, the Capitol building only included the north and south wings, which were connected by a wooden walkway, and also housed the Library of Congress, according to the building’s page.

The historic building was severely damaged by the troops, but saved from total destruction by a sudden rainstorm. 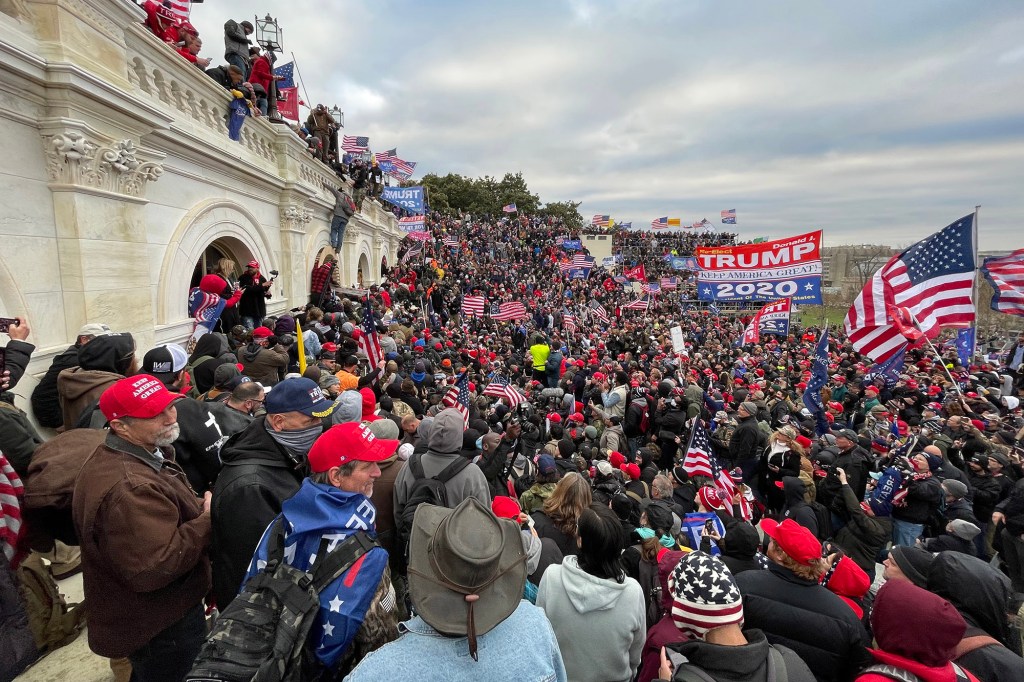 A mob in support of President Donald Trump are pictured outside the US Capitol building in Washington DC today. 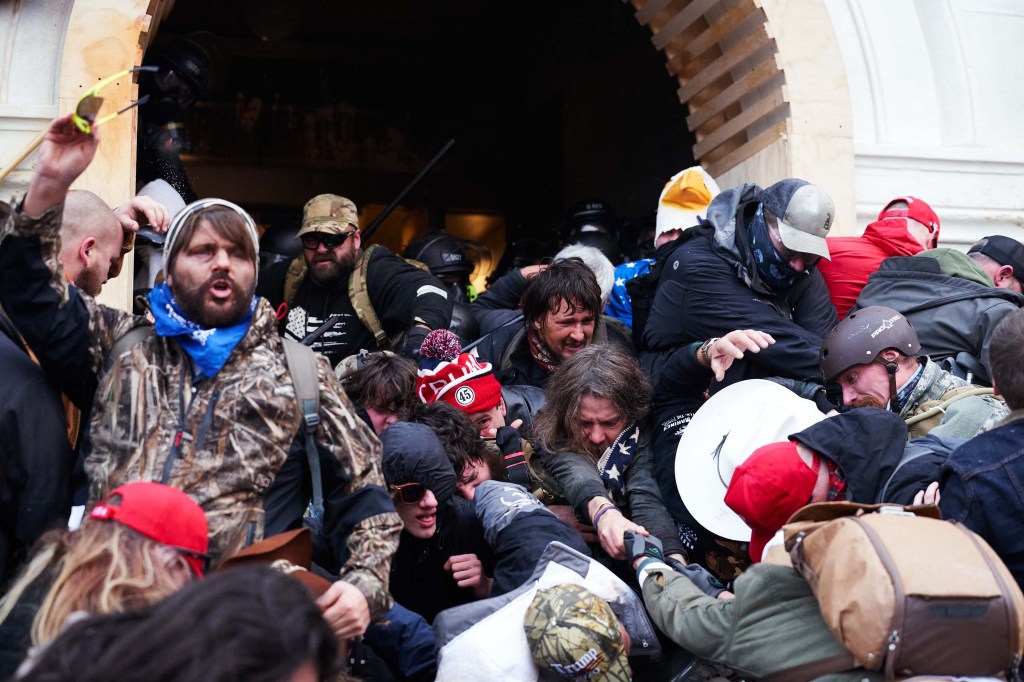 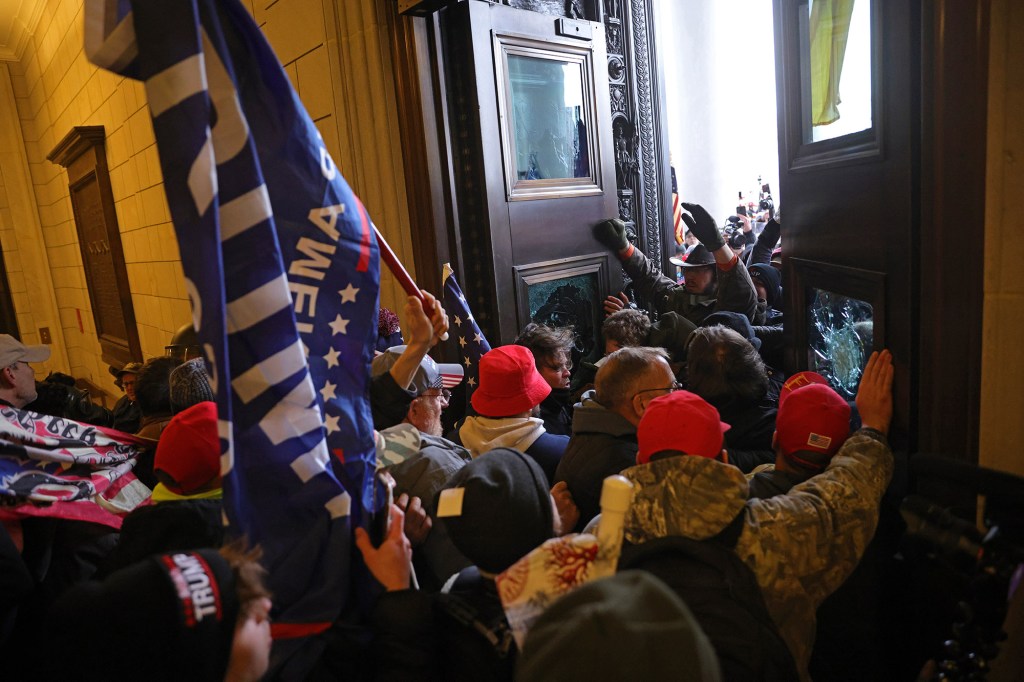 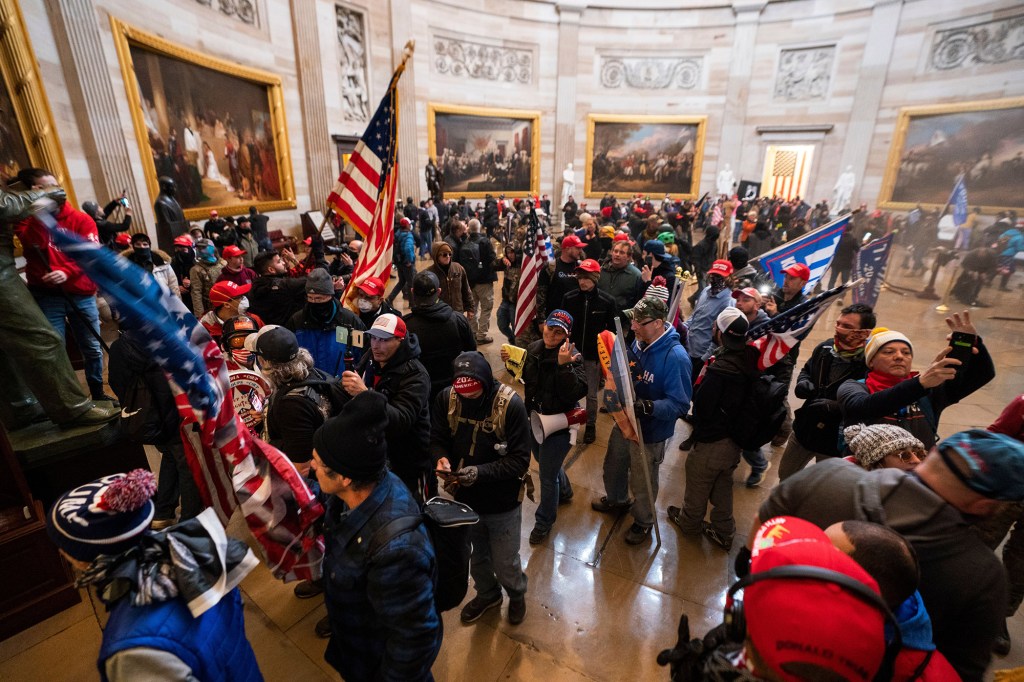 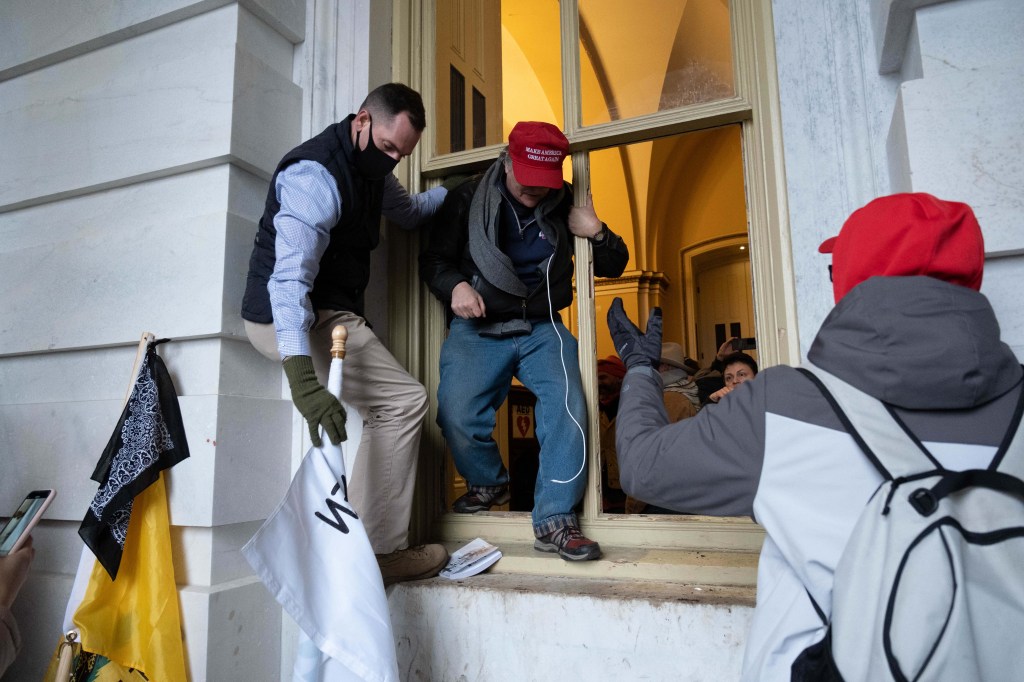 The Dow Jones industrial average closed at an all-time high…

The group — which consisted of three men and one woman — had traveled hours earlier from New York City to protest for Puerto Rico’s independence.

The foursome sat down in the gallery above the House floor and opened fire, wounding five congressmen who were gathered for an upcoming vote.

Wednesday’s invasion came as Congress was in the process of certifying the results of the November presidential election.

Trump supporters fought past police to enter the building, where at least one explosive device was found that had been detonated, according to reports.