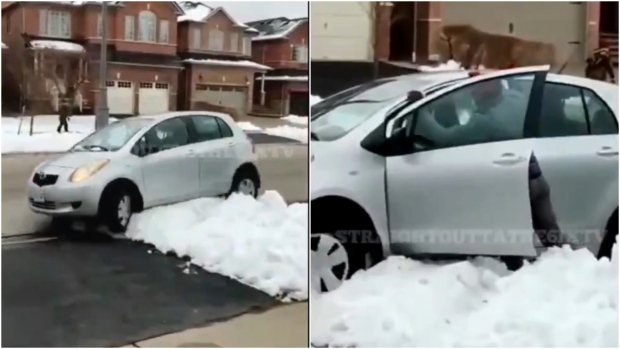 TORONTO — A Brampton, Ont. man is facing charges after he was caught allegedly stealing a package from a home on Monday and then got stuck in the snow as he was trying to flee the scene.

Video of the incident appeared on Reddit.com Tuesday and appears to show the 33-year-old suspect attempting to make off with the package before the home’s front door swings open and the person filming can be heard saying, “That’s done. You’re done.”

The suspect then hops in his car and attempts to flee the scene, before backing up into a snowbank and getting stuck.

The man can then be seen getting in and out of the car trying to remove the snow and free his front wheels to no avail as the camera keeps rolling.

Peel Police said he was released on conditions and will appear in court on a later date.