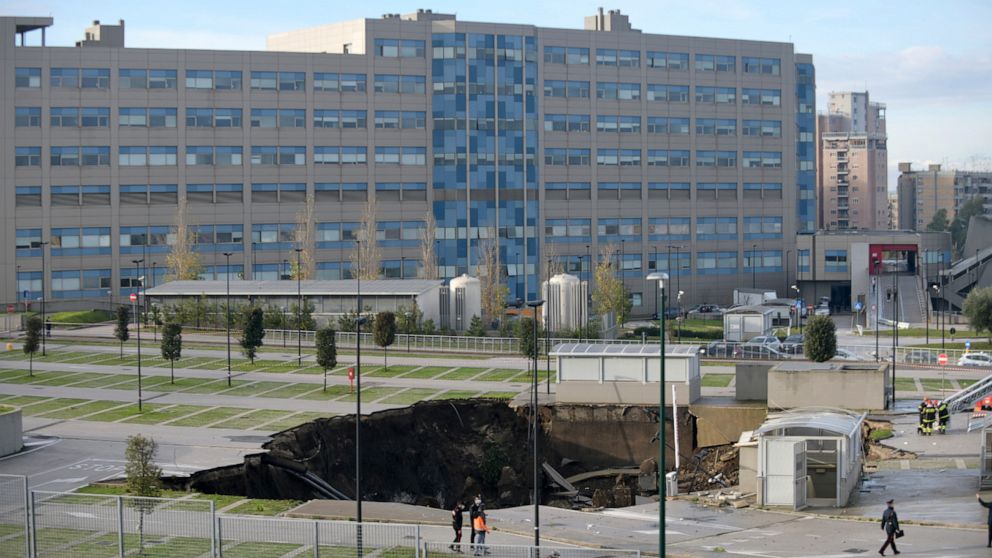 A giant sinkhole has opened in the parking lot of a Naples, Italy hospital

ROME — A giant sinkhole opened Friday in the parking lot of a hospital in Naples, Italy, forcing the temporary closure of a nearby residence for recovering COVID-19 patients because the electricity was cut.

Operations weren’t affected at the Hospital of the Sea, and firefighters said it didn’t appear anyone was injured. The sinkhole consumed a few cars in the hospital’s otherwise empty visitors’ parking lot.

The local hospital district said the 20-meter-deep (66 feet), 2,000-square-meter (21,527-square-foot) sinkhole opened at dawn. Chief firefighter Cmdr. Ennio Aquilino told Italian television channel SkyTG 24 the implosion could have been caused by an infiltration of water underground as a result of recent heavy rains.

News reports quoted the regional governor as saying the COVID-19 residence would reopen within days after electricity and water service were restored. Both were also interrupted at the hospital, but backup systems allowed care to continue.