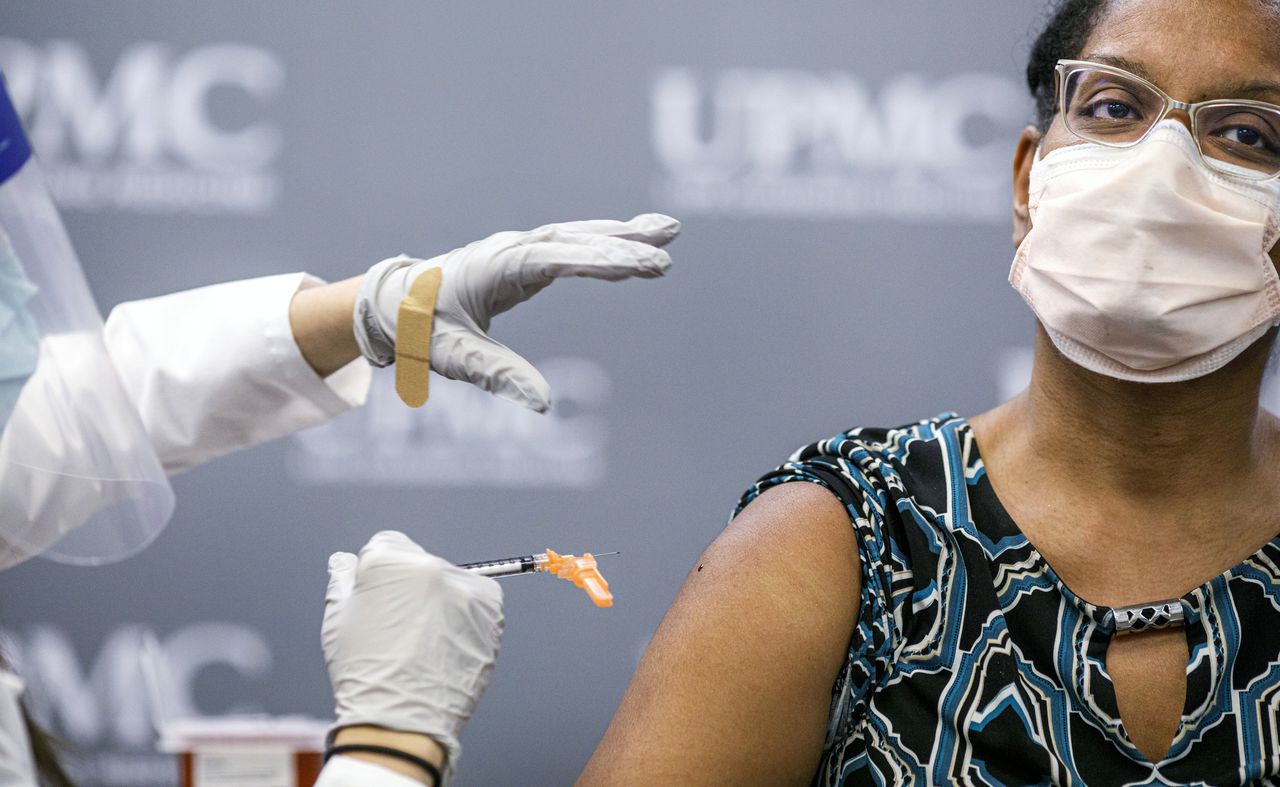 It’s well-known a substantial number of Americans are reluctant or unwilling to receive COVID-19 vaccine.

But it came as a surprise that a substantial number of health care workers are declining it.

Pennsylvania Secretary of Health Dr. Rachel Levine had no figures, but acknowledged this week some health care workers have declined to sign up for the vaccine, and noted some work in nursing homes, where the COVID-19 toll has been especially high.

A recent poll by the non-partisan Kaiser Family Foundation found that 29% of health care workers expressed unwillingness or reluctance to receive the vaccine — greater than the portion of the general public, 27%, who expressed that view. However, Kaiser found the public’s willingness to get vaccinated was increasing, rising eight percentage points since September.

But the reluctance among health care workers was a surprise to many, who assumed people in health care would understand the vaccine, as virtually all experts agree, has been proven safe and effective, and therefore embrace it.

Adam Marles, the CEO of LeadingAge PA, which represents nursing homes, had no exact figures, but said he’s hearing between 50% and 75% of skilled nursing home employees are signing up for vaccines.

Still, some who turned down the first opportunity say they expect to get it later, according to Marles. He considers that reasonable, since the vaccine requires two doses taken several weeks apart. Therefore, staffers can count on a second distribution within weeks, and others after that, since nursing homes will continually vaccinate new residents.

Zach Shamberg, the CEO of the Health Care Association of Pennsylvania, which also represents nursing homes, said he’s heard of “very few examples of staff just outright refusing vaccine.” He too said some plan to hold off until a later opportunity.

“I think there’s just some nervousness, not understanding the side-effects, feeling like guinea pigs, especially since it’s still just an emergency use authorization,” Marles said.

He said the rate of nursing home residents accepting the vaccine is “far, far higher.”

Pennsylvania is in its third week of distributing the COVID-19 vaccines, with about 160,000 doses given as of Tuesday. There have been no reports of major side effects, with the most common ones being fever and chills lasting a day or less, and sore arms, as are common with vaccinations.

Levine, in discussing the refusal by some health care workers, said, “These vaccines are safe and they’re effective and it will be critically important for people to sign up, or to get the vaccine and get their second dose for these vaccines, so that we can eventually stop the spread and get past COVID-19.”

RELATED: Pa. reports one of its highest daily death totals of the COVID-19 pandemic

Because of early limitations in the supply of vaccine, Pennsylvania’s vaccine rollout has so far focused only on frontline health care workers in places including hospitals and nursing homes and on nursing home residents.

Kelly McCall, a spokeswoman for UPMC Pinnacle, which operates six hospitals in the Harrisburg region, said 80 percent of eligible employees have been accepting the vaccine. She said vaccination isn’t mandatory but “strongly recommended.” She said the overall UPMC system, which has hospitals across Pennsylvania, has vaccinated about 30,000 employees, or about 40% of frontline staff, and has another 20,000 vaccinations scheduled.

At this point, it’s hard if not impossible for health care administrators to know exactly how many employees are refusing vaccines. That’s because people sign up for a vaccination appointments rather than directly accept or refuse a shot.

Dr. Gerald Maloney, the chief medical officer for Geisinger, said Geisinger employees are “snapping up the appointments as fast as we could make them available … We believe our staff is overwhelmingly doing the right thing.”

He said Geisinger has vaccinated about 10,000 employees and has had no trouble using up available doses. Some employees, he said, traveled up to an hour to reach a vaccination location, knowing they’ll also have to make a second trip. Also, Geisinger and other health systems this week began offering vaccine to local independent health care providers, such as doctors, nurses and paramedics.

“Our phone has literally been ringing off the hook” with health care providers wanting to be vaccinated, Maloney said.

Still, there are news accounts from around the country describing a high number of health care and frontline workers refusing vaccine. For example, Ohio Gov. Mike DeWine said he was troubled by the fact that as of the end of December, about 60% of nursing home workers had declined to receive a shot, according to The Columbus Dispatch.

Maloney said a survey of Geisinger employees taken weeks ago found about 17% said they “absolutely would not” be vaccinated.

“Does it surprise me? Yes and no. You would think as a health care worker you would have a full understanding of the benefits,” he said.

But Maloney said he understands that Geisinger’s 24,000 employees reflect a range of educational, economic and political backgrounds. Such factors, especially political affiliation, have a big impact on views regarding vaccine. Beyond that, false information about the COVID-19 vaccine is widespread, including the false belief, Maloney noted, that COVID-19 vaccine is being used to implant a chip under the skin.

“It’s very hard to deal with someone who has a firm belief in something like that. Hopefully, that’s not our staff, but it’s out there in the community,” he said. “There are a variety of groups promoting things that aren’t true, so we have to deal with that.”

At the same time, Maloney acknowledges that the COVID-19 vaccine was developed in record time with new technology, and with a shorter clinical trial period and fewer trail participants than normal. While Maloney, like most experts, believes the testing was sufficient and the vaccine is safe and effective, he understands why someone might hesitate.

“I would never call anyone irresponsible for saying let me figure this out and make my decision,” he said.

It’s also significant that, unlike flu vaccine, which prevents people from getting the flu and also from carrying it to others, COVID-19 thus far hasn’t been proven to prevent someone from transmitting COVID-19. Therefore, health care leaders lack data to argue that if someone, such as a nursing home worker, refuses vaccine, they pose a higher threat to people they care for than do staffers who have been vaccinated.

Maloney expects that as reluctant health care workers see co-workers get vaccinated with no negative consequences, they will realize it’s safe and beneficial.

Maloney, who has been involved in vaccinating Geisinger employees, said he encountered one who asked about the brand, then said she didn’t trust the brand. However, they looked at online information and she became convinced the vaccine is safe.

“Armed with that knowledge, she went ahead and took it without reservation,” Maloney said.

Marles, of LeadingAge, believes the varying levels of acceptance at nursing homes is related to cultures within facilities, and how closely managers interact with employees. Shamberg, of the Pennsylvania Health Care Association, said nursing home leaders have been working hard to erase doubts and assure employees the vaccine is safe.

“It’s all about the leadership in the buildings,” he said. “This is the first step to normalcy … We’re hopeful the vast majority [of nursing home staff] will receive this vaccine.”