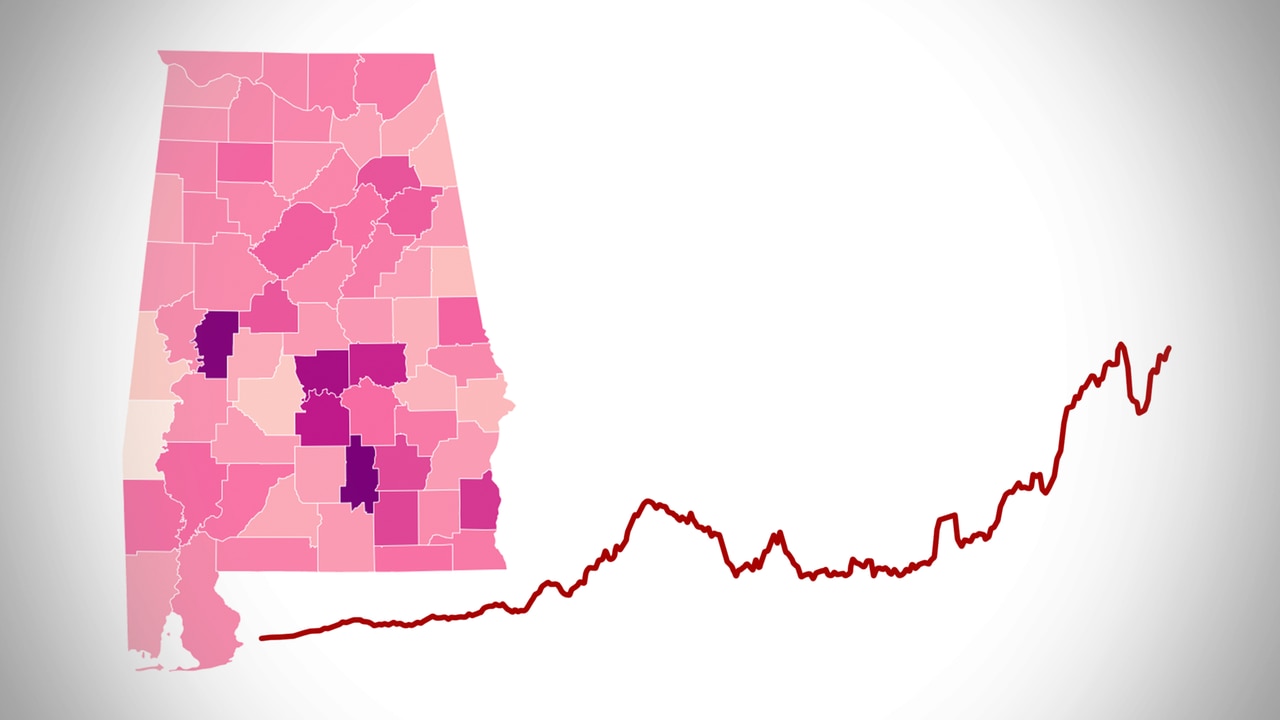 Alabama just had its worst week ever for new coronavirus cases.

The Alabama Department of Public Health reported 28,540 new cases during the week ending Jan. 8. That’s about 1,600 more cases than the previous record, and nearly as many cases as were reported in the entire month of September.

Some of the cases reported this week are likely old. A message on ADPH’s coronavirus dashboard said the state expected data delays due to the Christmas and New Years holidays, and that some cases and deaths entering the system this week would be from the previous week.

The lull caused by the holidays is easy to see in the state’s rolling average, which dipped as low as 3,142 on Dec. 29.

This week’s high case numbers include a record 5,498 cases reported on Jan. 5. At the current pace, Alabama is likely to cross the 400,000 all-time case mark this weekend.

The state also reported 319 virus deaths this week, the second highest weekly total since tracking began. Again, some of those likely would have been reported in the previous week, if not for the holidays.

Alabama passed the 5,000 death mark earlier this week, and the state has reported 305 deaths in the last three days alone.

More than 10,000 of the cases reported this week came in four counties – the four most populous in Alabama – Jefferson, Madison, Mobile and Montgomery. But several others saw substantial increases in their case counts this week, especially when controlling for population.

Jefferson County, the most populous county in the state and home to Birmingham, added the most new cases of any county this week with 4,551. More than 57,600 cases have been reported in Jefferson County since the pandemic began.

ADPH also reported 57 new deaths in Jefferson County this week, the most of any county. That brought Jefferson’s death total to 776.

Tuscaloosa and Walker counties also saw big increases in death numbers, but both were the result of large single day jumps. Tuscaloosa added 49 new reported deaths this week, but 45 of those came on Friday. Walker reported 32 new deaths this week, with 31 of them coming on Thursday. Both large increases are likely the result of backlogs in each county.

You can see weekly and total cases and deaths for each county in the table below:

Do you have an idea for a data story about Alabama? Email Ramsey Archibald at rarchibald@al.com, and follow him on Twitter @RamseyArchibald. Read more Alabama data stories here.