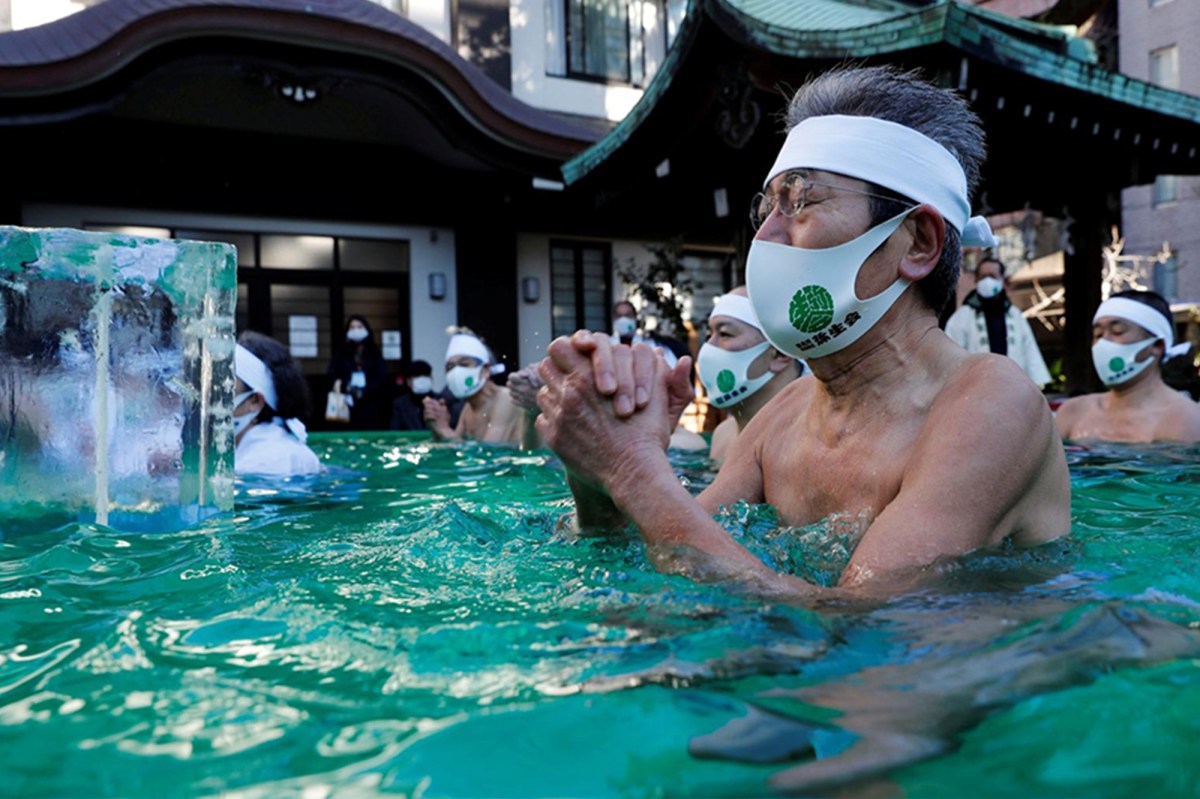 TOKYO – Men wearing traditional loincloths and women dressed in white robes clapped and chanted before going into an ice water bath during a Shinto ritual at a Tokyo shrine on Sunday to purify the soul and pray for the end of the COVID-19 pandemic.

Only a dozen people took part in the annual event at Teppou-zu Inari Shrine, scaled-down this year due to the health crisis, compared to over a hundred in early 2020. Spectators were not allowed at the event.

After doing warming-up exercises and chanting under a clear sky with outside temperatures at 41.18 Fahrenheit, the nine male and three female participants went into a bath filled with cold water and large ice blocks. “I prayed that the coronavirus comes to an end as soon as possible,” said 65-year-old participant Shinji Ooi, who heads the Shrine’s ‘Yayoikai’ parishioner group, after the ritual.

Japan has struggled to contain a recent surge in coronavirus infections, with Tokyo reporting 1,494 new cases on Sunday. The government declared a limited state of emergency for Tokyo and three neighboring prefectures on Thursday, covering about 30% of the country’s population, in a bid to stem the spread.

“Normally we have more participants and it makes the water temperature a little bit warmer. But this year, there were just twelve people, so it (the cold) was crazy,” the 47-year-old said.

The shrine added the theme of “warding off epidemics” to the annual event, which is held on the second Sunday of each year and is now in its 66th year.