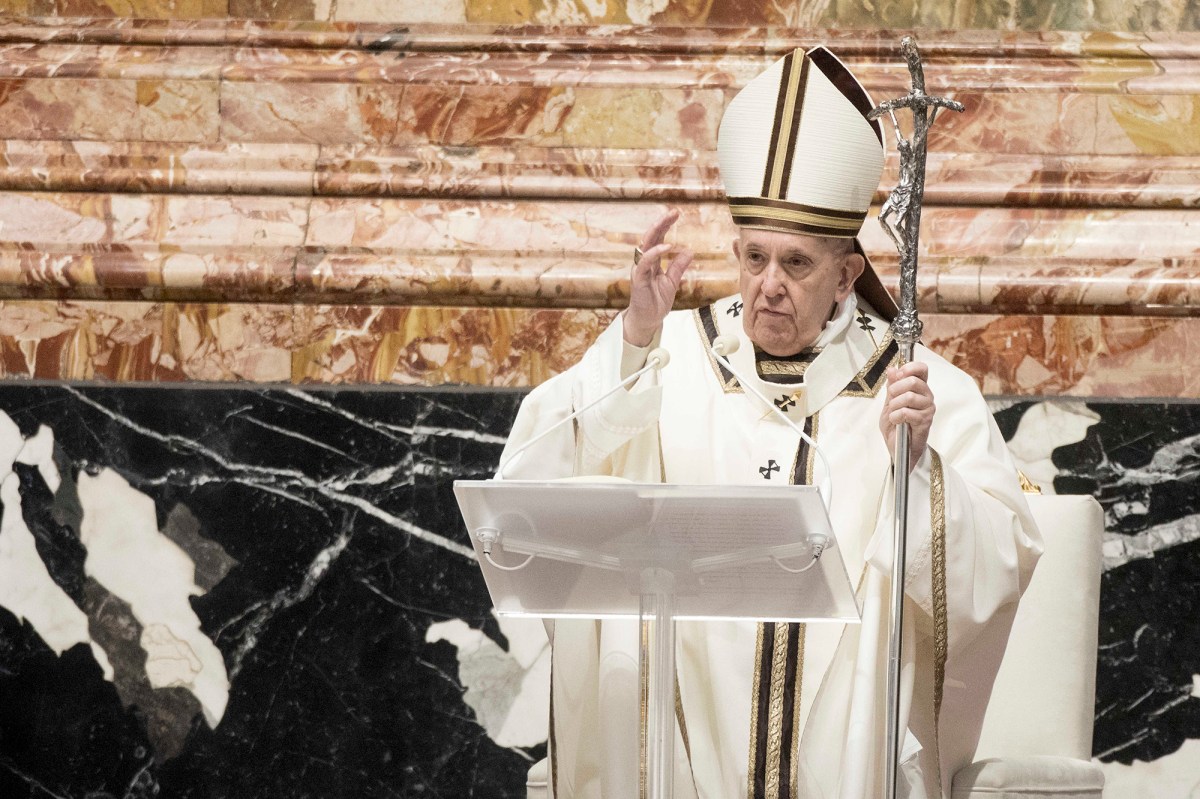 Pope Francis said Saturday he will get a COVID-19 vaccination and declared it everyone’s moral obligation to get one.

“I believe that ethically everyone should take the vaccine,” the pontiff told Italy’s Canale 5 TV station. “It is an ethical choice because you are gambling with your health, with your life, but you are also gambling with the lives of others.”

The Vatican launches its vaccination program next week, and Francis has already booked an appointment, the Washington Post reported, citing the television interview.

At 84 and missing part of a lung, the pope is considered high-risk. He has followed social distancing guidelines but has appeared before crowds without a face mask.

In the interview, set to air Sunday, Francis spoke positively about the vaccine — something he has been doing for months.

“I don’t know why some will say, ‘No, the vaccine is dangerous,’” he said. “But if doctors offer it to you as something that can work, that poses no special risk, why not take it? There is a suicidal denialism that I wouldn’t know how to explain, but today you need to take the vaccine.”