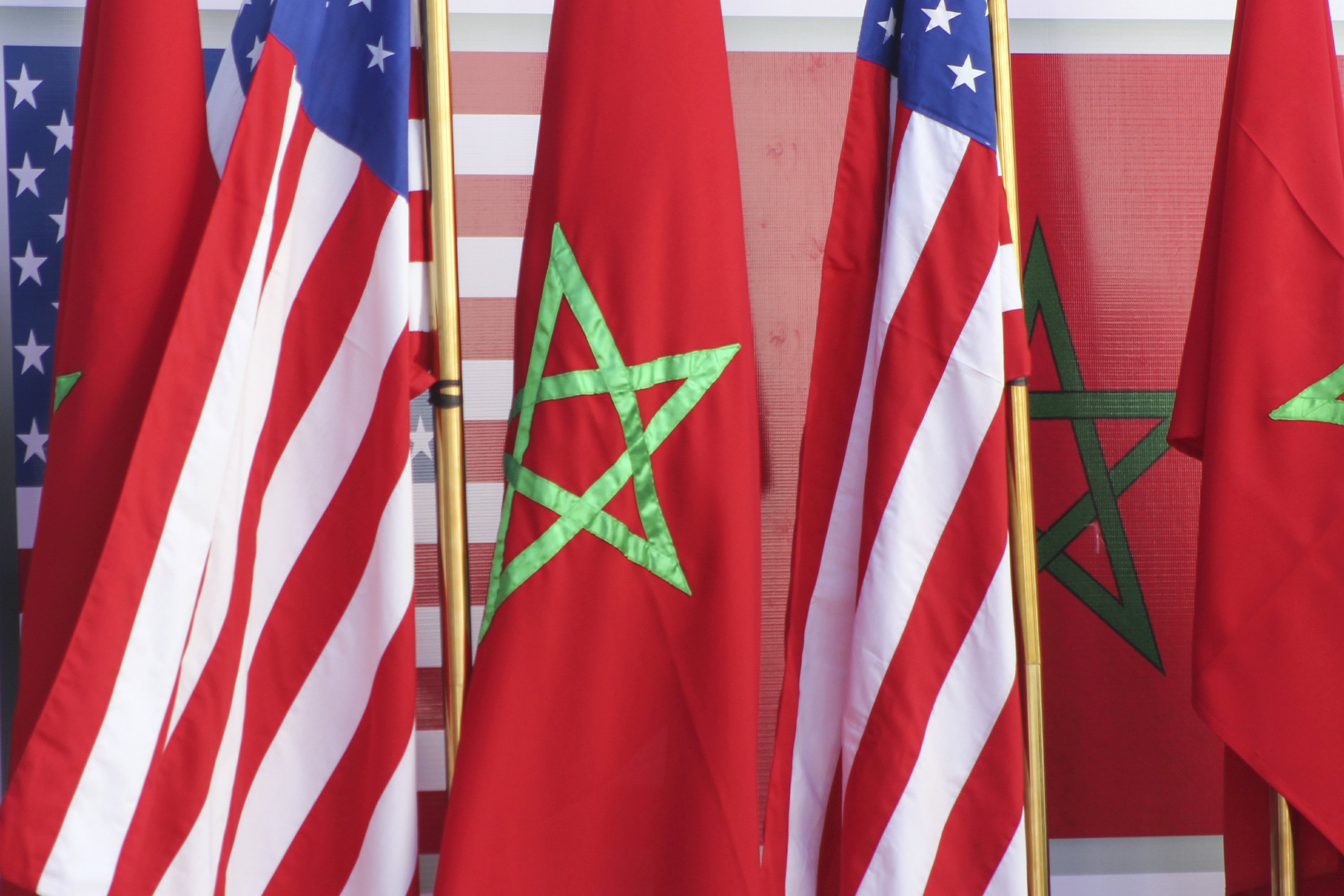 The United States plans to put its footprint in this picturesque setting.

U.S. Ambassador to Morocco David T. Fischer took part in a ceremony Sunday in Dakhla, the first formal step to open a consulate, marking a turning point for the disputed and closely policed territory in North Africa.

The U.S. move recognizes Morocco’s authority over the land — in exchange for Morocco normalizing relations with Israel.

Fischer was joined by the top State Department official for the region, David Schenker. Both diplomats wore white Moroccan robes.

“Our trip today to Dakhla is another historic milestone in more than 200 years of friendship between the Kingdom of Morocco and the United States of America,” the U.S. Embassy in Morocco’s Twitter account quoted him as saying.

While this shift in U.S. foreign policy frustrates indigenous Sahrawis who have sought Western Sahara’s independence for decades, others see new opportunities for trade and tourism that will provide a welcome boost for the region and sun-kissed coastal cities like Dakhla.

Addressing the gathering, the U.S. ambassador said the opening of a consulate is a plus for the United States, allowing it to “take further advantage of Morocco’s strategic positioning as a hub for trade in Africa, Europe and the Middle East.” Investment and development projects will profit the region, he added.

A portrait of Moroccan King Mohammed VI, waving from behind his sunglasses, hangs from the crenellated archway that greets people arriving in Dakhla. The king’s face is juxtaposed on a map that includes Western Sahara as an integral part of Morocco.

Morocco annexed the former Spanish colony in 1975, which unleashed a 16-year war and then 30 years of diplomatic and military stalemate between Morocco and the Polisario Front, an organization seeking Western Sahara’s independence that is based in and backed by Algeria. The long-running territorial dispute has limited Western Sahara’s links with the outside world.

“We appreciate such a gesture,” Yanja said of the future consulate. “It will open a new chapter altogether when it comes to investment in this region, via employing people and creating more resources. It will also open more doors for international trade.”

The main fishing port is the lifeline of the local economy, employing 70% of Dakhla’s work force. Thousands of boats bring in 500,000 tons of fish per year, for exports worth 2.2 billion dirhams ($249 million) annually, according to port director Bintaleb Elhassan.

Beneath flocks of honking seagulls, fishermen haul sardines and mackerel to warehouses where the catch is auctioned off from neatly lined trays. In nearby processing plants, rows of women, including migrants from around Africa, clean and sort the fish.

Morocco tightly polices the region. On a recent visit to Dakhla, authorities closely monitored an Associated Press reporter in the way both visitors and residents often are.

While the consulate isn’t expected to open for another six to 12 months, Schenker’s trip is a way for the U.S. to cement its commitment to Western Sahara before President Donald Trump leaves office.

Trump said the goal of the Western Sahara consulate would be “to promote economic and trade opportunities in the region,” which is about the size of Colorado and is believed to have considerable offshore oil deposits and mineral resources.

Western Sahara’s economy is run by Morocco, which has built most of the territory’s infrastructure and encouraged Moroccans to settle there. But the United Nations and most world governments don’t recognize Moroccan sovereignty over the land, limiting Morocco’s ability to export its resources and complicating trade deals.

For many people in Dakhla, at least those who are allowed to speak to visiting journalists, local concerns appear to outweigh geopolitical ones. Residents commute to work, sell clementines, shop for jewelry, enjoy local specialties in sidewalk cafes and frolic with their dogs on tranquil beaches.

The U.S. recognition of Western Sahara as Morocco’s drew criticism from the U.N. and America’s allies. African observers have said it could destabilize the broader region, already struggling against Islamist insurgencies and migrant trafficking.

The action has particularly angered Sahrawis, who want a referendum on the territory’s future, and neighboring Algeria, which hosts Sahrawi refugees and backs the Polisario. Schenker also visited Algeria in recent days.

The U.S. will be joining a small but growing number of countries with consulates in the territory, the most recent representing Gambia.

“Gambia feels a sense of gratitude for Morocco’s support, including Morocco building the new Foreign Ministry building in Gambia. Also, Morocco continues to grant educational grants for Gambian students,” Consul General Ousmane Badjie told The AP in his office, where a portrait of the Moroccan king also hangs.

Sahrawi activists held protests in several Spanish and French cities over the U.S. move, but Washington didn’t directly address their concerns when the State Department formally notified Congress on Dec. 24 of its plans to open a consulate.

Secretary of State Mike Pompeo said only that the United States “will continue to support political negotiations to resolve the issues between Morocco and the Polisario within the framework of Morocco’s autonomy plan.”

Matthew Lee in Washington, and Angela Charlton in Paris, contributed to this report.