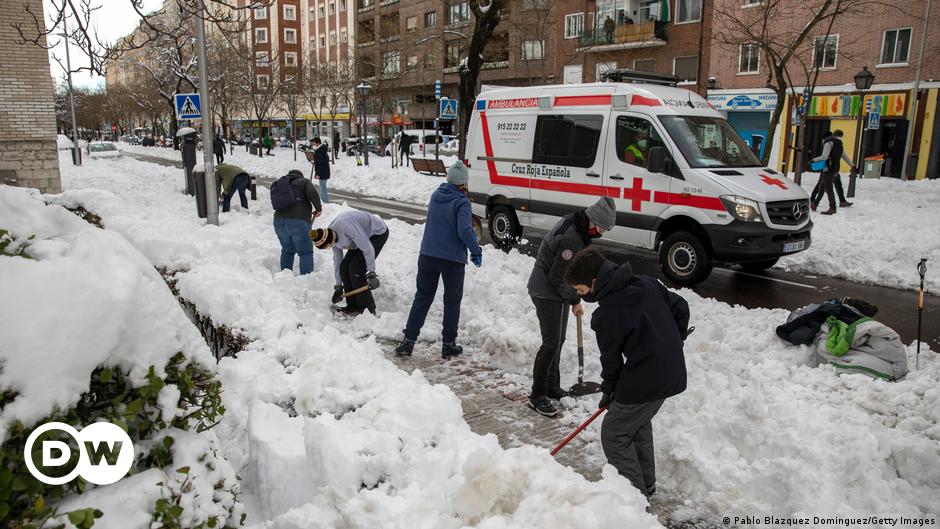 Spain will send special convoys carrying the COVID-19 vaccine on Sunday to areas cut off by Storm Filomena, the interior minister said.

The government is finding ways to ensure that the country’s weekly shipment of the BioNTech-Pfizer vaccine can be distributed to regional health authorities by using police-escorted convoys.

Storm Filomena has brought the heaviest snowfall in decades in the country, killing four people.

Temperatures are expected to drop to about -10 degrees Celsius (14 F) in the coming days, with the prospect of snow turning to ice and damaged trees toppling over.

“The danger is not over,” Interior Minister Fernando Grande-Markaska said. “A week of extreme cold is coming and that will transform all the snow on the ground into ice, thereby multiplying the risk,” he said. “The storm is bringing with it a cold wave that could push temperatures down to record levels,” he added.

About 20,000 kilometers (12,000 miles) of roads have been affected by the storm across central Spain. Transit authorities called on people to stay indoors and avoid nonessential travel.

Rescue services have also helped more than 1,500 people stranded in their vehicles.

About 100 employees and shoppers have spent two nights sleeping at a shopping center in the town of Majahaonda, north of Madrid, after they became trapped by the storm on Friday.

According to officials, one man and a woman in a car drowned after a river burst close to  Malaga in the south, while two people experiencing homelessness froze to death in Madrid and Calatayud in the east.

The State Meteorological Agency reported that 20-30 centimeters (7-8 inches) of snow fell in Madrid on Saturday, the most since 1971.