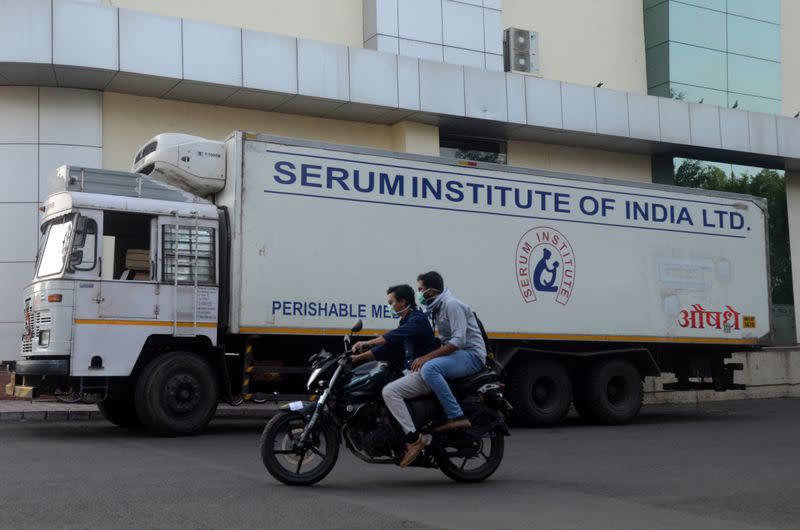 MANILA (Reuters) – The Philippine government has signed a deal to secure the supply of 30 million doses of the COVID-19 vaccine Covovax from Serum Institute of India (SII), the latter’s local partner said on Sunday.

The agreement was signed on Saturday by Carlito Galvez, a former military general in charge of the Philippines’ strategy to fight the coronavirus, according to a statement issued by SII’s local partner, Faberco Life Sciences Inc.

The Department of Health, which helped distribute the Faberco statement to local media, has yet to issue its own statement. Galvez could not be immediately reached for comment.

Health Secretary Francisco Duque in a tweet said: “We’re in the final stages of closing agreements with various manufacturers to vaccinate at least 60-70% of the (population)”. He gave no further details.

SII partnered with U.S.-based Novavax Inc for the development and commercialization of Covovax, which is in third-stage trials and expected to be approved for use by international regulators, Faberco said.

The vaccine will be available locally by the third quarter of 2021 and will be used to inoculate 15 million vulnerable and poor Filipinos, it said.

Galvez has said the Philippines was negotiating with seven vaccine manufacturers to procure at least 148 million COVID-19 shots as it seeks to inoculate close to two-thirds of its population this year.

There are now three applicants for emergency use authorisation of their vaccines in the Philippines – Pfizer, AstraZeneca, and Russia’s Gamaleya.

With total confirmed COVID-19 infections of 487,690 and deaths reaching 9,405, the Philippines has the second-highest number of cases and fatalities in Southeast Asia, after Indonesia.