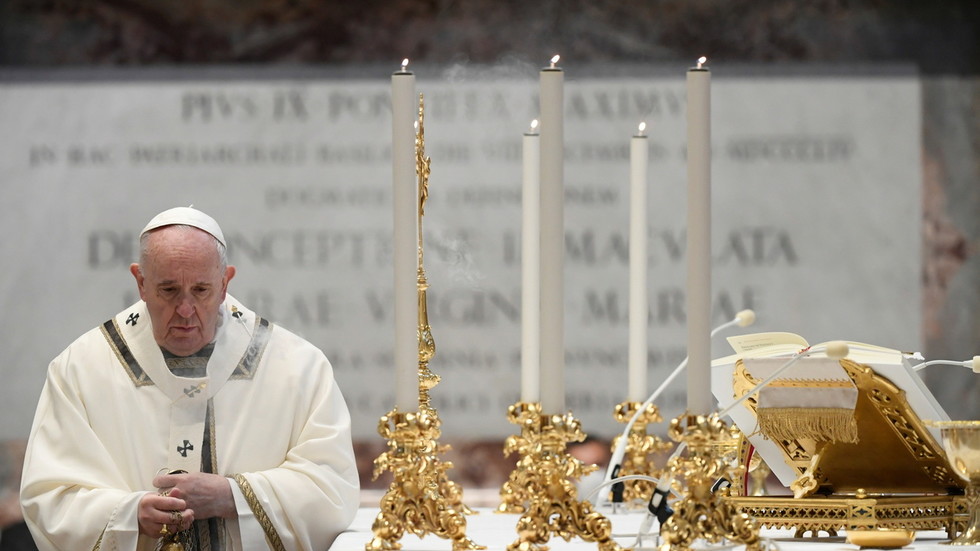 Pope Francis has branded opposition to Covid-19 vaccines as “suicidal denial” and announced that he will receive a jab against the coronavirus disease next week.

In a forthcoming interview, the 84-year-old leader of the Catholic Church says that “ethically” getting a vaccine against the virus should be a duty for everyone.

“Next week, we will start to do it here (in the Vatican) and I made an appointment, we must do it,” Francis told Italy’s Canale 5 TV station.

Segments of the interview were released on Saturday with the full comments set to be broadcast on Sunday. “There is a suicidal denial which I cannot explain, but today we have to get vaccinated,” the pontiff added.

Also on rt.com Pro-lockdown Pope gets political on Covid-19 again, condemns those who traveled over the holidays despite pandemic

The comments come as Italian media outlets report that the Pope’s personal doctor died on Saturday “as a result of lung complications caused by Covid-19.”

Professor Fabrizio Soccorsi reportedly died on Saturday morning aged 78. He had served as the pontiff’s personal physician since 2015.

Pope Francis also discusses the attack on the US Capitol in the interview, saying he was “shocked” by the chaos that unfolded in Washington, DC this week.