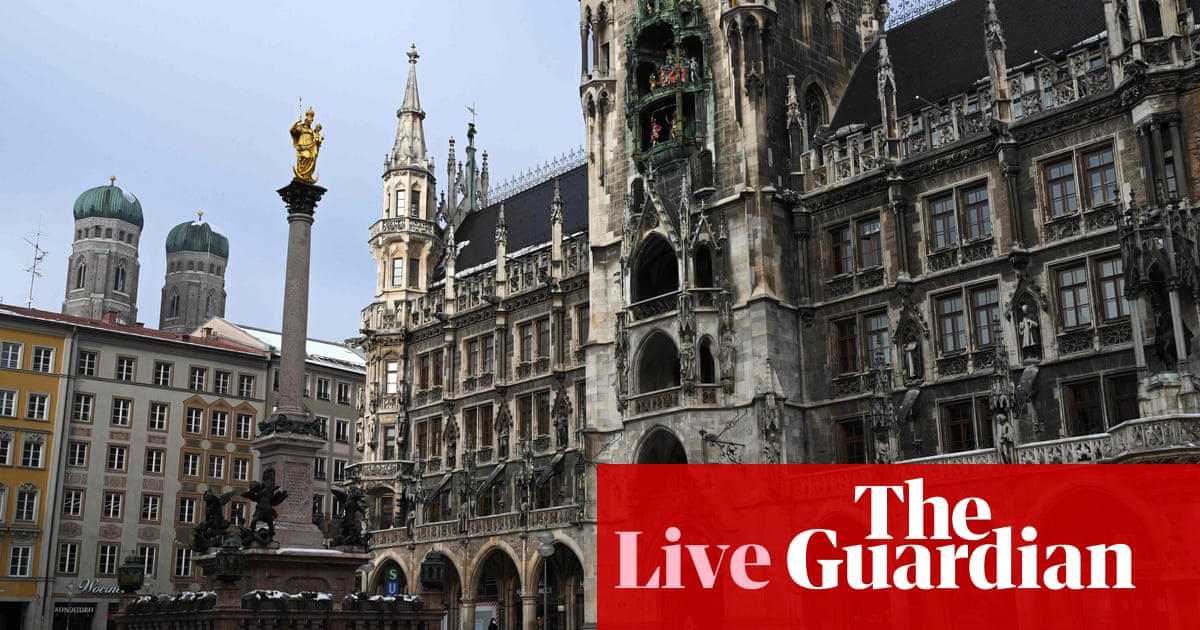 Portugal’s President Marcelo Rebelo de Sousa has now tested negative for coronavirus after a positive test that saw him cancel all public engagements, his office said Tuesday, two weeks before an election he is set to win.

The 72-year-old head of state had returned an “asymptomatic” positive test, officials said Monday, and he went into isolation in the presidential palace in Lisbon.

Angela Merkel, the German chancellor, has suggested Germany’s current hard lockdown may last another eight to ten weeks, with health officials particularly concerned about the spread of the new, far more contagious variant from the UK, which is thought to have been in Germany for several weeks.

Merkel told a working group within her Christian Democratic Union, German cases of the virus could increase 10 fold by Easter, if the country is not successful in dampening its spread.

According to participants of the meeting, who later spoke to German media, she said: “We still need eight to 10 weeks of hard measures”.
A current lockdown, involving the closure of schools and all non-essential shops and services, was due to last until January 31.

However, it has been hinted at for days, by Merkel and other political leaders, that it was likely to be extended beyond that. Germany began its vaccination programme on December 27. By yesterday lunchtime, just over 630,000 people had been vaccinated with the BioNTech/Pfizer vaccine. First batches of the Moderna vaccine from the United States arrived in Germany on Tuesday.

Germany has been reporting a high daily incidence of the virus, although the figures still remain skewed due to underreporting over the Christmas holiday, and a true picture is not expected to be available until January 17, Merkel has said. Daily death rates have frequently been in the 900-1000 range since Christmas.

Martin Stürmer, a virologist from Frankfurt, insisted that more had to be done in Germany to analyse the variants of coronavirus now believed to be in Germany, including the B117 variant from the UK, and the N501Y variant from South Africa.

Jens Spahn, the health minister, has ordered test laboratories to analyse the gene sequence data of every tenth coronavirus sample tested in order to better understand to what extent the variants have taken a hold in Germany. Up until now, only every 900th sample has been tested in this way.

A total lockdown set to start this week will exacerbate the suffering of vulnerable Lebanese families struggling to make ends meet unless the government offers assistance, a charity has warned.

“We recognise the importance of taking thorough measures… but we are very concerned that vulnerable families and their children will be left to deal with a catastrophe on their own,” Jennifer Moorehead, Save the Children’s Lebanon director, said.

Lebanon, a country of more than six million, is grappling with its worst economic downturn since the 1975-1990 war.

A spiralling coronavirus outbreak has compounded the crisis, forcing businesses shut and denying daily wage earners an income in a country where more than half the population lives in poverty.

The Lebanese government on Monday said it would enforce a 24-hour curfew for 11 days from Thursday, after daily infections spiked by some 70 per cent over the past week.

The surge in new cases is among the steepest in the world.

Under the new measures, non-essential workers will not be allowed out of the house and supermarkets will only operate delivery services.

This prompted fears of food shortages as such services are not readily available in impoverished and remote regions.

“Almost half of the population can’t afford to buy sufficient food to last them through the supermarket closures,” Moorehead said.

Israel may include children over the age of 12 in groups receiving Covid-19 vaccines within the next two months if research shows this is safe, a top health official said.

Vaccinating at a world-record pace, Israel says it aims to have administered one or both shots to 5 million of its 9 million citizens and reopen the economy, by mid-March.

Elderly Israelis and adults with medical conditions or jobs in critical high-risk sectors have been given priority. But with Israeli officials anticipating more regular vaccine shipments, the eligibility categories have been expanded.

Throughout the United States, Americans with chronic illnesses have been forced to navigate a healthcare system battered by the coronavirus pandemic while trying to afford medical treatment and resolve health insurance issues.

That has led to many Americans making difficult decisions about delaying vital care, or sacrificing other basic necessities – such as transport costs or food – in order to pay for health insurance so that they can get the treatment they need.

I am running the global live feed from London today. Please contact me while I work today to share any comments or news tips.

Egypt is reopening its airspace to Qatari flights and allowing the resumption of flights between the two countries, aviation sources and state media said on Tuesday.

The decision follows moves by Saudi Arabia, the United Arab Emirates and Egypt to end a boycott in which they severed diplomatic, trade and travel ties with Qatar in 2017.

Malaysia’s king declared a nationwide state of emergency to fight a coronavirus surge and parliament was suspended, with critics charging it was a bid by the unstable government to cling to power.

The surprise move came a day after the prime minister announced sweeping new curbs across much of the south-east Asian nation, including the closure of most businesses, and warned the health system was “at breaking point”.

The caskets are stacked three high in the Meissen crematorium’s sombre memorial hall, piled up in empty offices and stored in hallways. Many are sealed with plastic wrapping, others are labelled “infection risk”, “urgent” or simply “Covid”.

A surge in the number of coronavirus deaths in this corner of eastern Germany has boosted business for crematorium manager Joerg Schaldach and his staff, but nobody is celebrating.

“The situation is a little bit tense for us at the moment,” Schaldach said as another undertaker’s van pulled up outside. The crematorium would typically have 70 to 100 caskets on-site at this time of year when the flu season takes its toll on the elderly.

“It’s normal for more people to die in winter than in summer,” said Schaldach. “That’s always been the case.”

Taiwan has reported two new local transmissions of Covid-10, bringing the total since April to three. Authorities said a doctor and nurse who had been treating an already infected patient had both contracted the illness. Taiwan has had fewer than 900 cases of the virus since the pandemic began. Seven people have died.

Until a Taipei woman was diagnosed last month, Taiwan had mot recorded a single local transmission in 253 days. Authorities said she got the virus from her friend, a pilot who had flown between Taiwan and the US while infectious and breached health regulations by moving around Taipei and not disclosing his movements or symptoms to authorities.