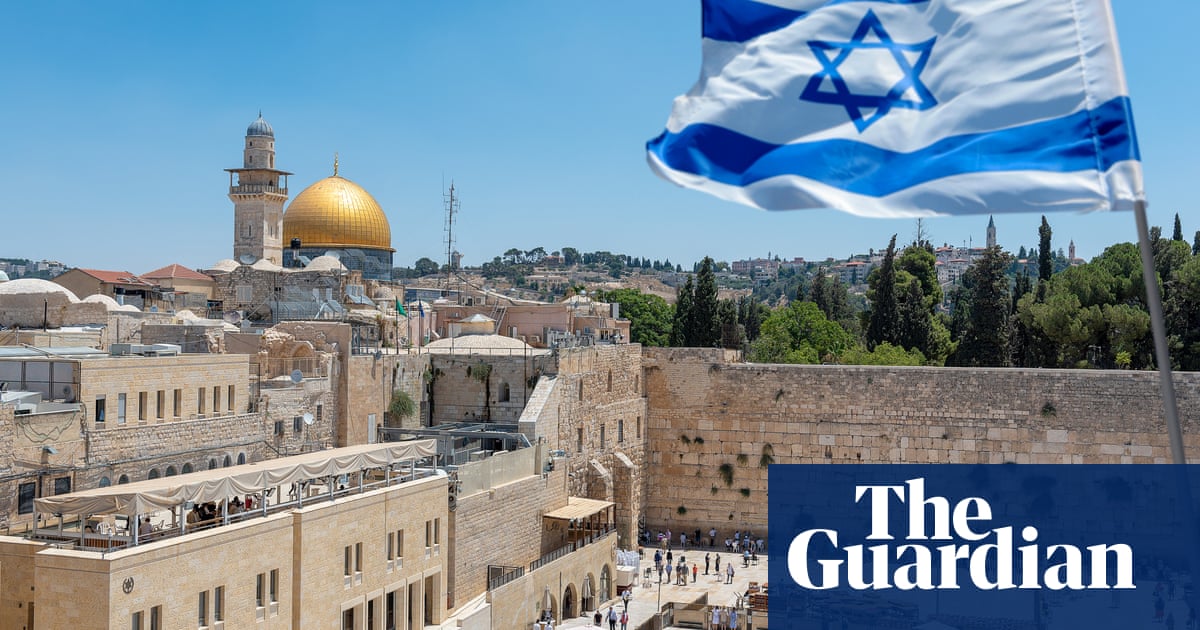 Israel is not a democracy but an “apartheid regime” that enforces Jewish supremacy over all the land it controls, a leading domestic rights group has alleged in a position paper bound to provoke fierce controversy.

“One organising principle lies at the base of a wide array of Israeli policies: advancing and perpetuating the supremacy of one group – Jews – over another – Palestinians,” said B’Tselem, an organisation that documents human rights violations.

Ohad Zemet, the spokesperson for Israel’s UK embassy, dismissed the report as “a propaganda tool”. He added: “Israel rejects the false claims in the so-called report as it is not based on reality but on a distorted ideological view.”

B’Tselem said it rejected the dominant assumption that Israel operates two separate systems of rule concurrently – a democracy within its sovereign territory while maintaining a half-century military grip over Palestinians in the occupied territories.

“Israel is not a democracy that has a temporary occupation attached to it,” said the body’s executive director, Hagai El-Ad. “It is one regime between the Jordan River to the Mediterranean Sea, and we must look at the full picture and see it for what it is: apartheid.”

Those areas include the West Bank and East Jerusalem, which Israel captured from Jordanian forces in a 1967 war, and the Gaza Strip, which it took from Egypt in the same conflict and where its military remained until 2005.

The shift in perception towards claims of apartheid is part of a movement led by activists that gained momentum following Israeli annexation threats they claim prove the occupation is permanent, as well as recent laws that enshrine extra political rights for Jews over Arabs.

One other Israeli rights group, Yesh Din, published a legal opinion last summer in which it argued that apartheid was being committed in the West Bank.

However, B’Tselem’s report goes further, claiming Israel has created a system over all the territory in which Jewish citizens have full rights. Meanwhile, it argues Palestinians are divided into four tiers with various levels of rights depending on where they live, but always below Jewish people.

At the lowest end, the report states, is the roughly 2 million Palestinians in the deeply impoverished Gaza Strip, ruled by the militant group, Hamas, but which Israel blockades in a policy B’Tselem says gives it “effective control”.

Above them, B’Tselem said, is the roughly 2.7 million Palestinian “subjects” in the West Bank, who live in “dozens of disconnected enclaves, under rigid military rule and without political rights”.

Under agreements signed in the 1990s, Palestinians in the West Bank have limited self-rule, although B’Tselem said the Palestinian Authority “is still subordinate to Israel and can only exercise its limited powers with Israel’s consent”.

Next on its hierarchy are the roughly 350,000 Palestinians who live in East Jerusalem. Israel has offered citizenship to these residents, although many have refused on principle and for those that try, the process has a high rejection rate.

At B’Tselem’s highest tier are Palestinian citizens of Israel, also called Arab-Israelis, who have full citizenship and make up about a fifth of Israelis. Still, B’Tselem said they are also kept below Jewish citizens, pointing to land discrimination, immigration laws that favour Jews, and a law that affords Jewish people extra political rights.

In response, Zemet, the Israeli diplomat, said all Israeli citizens have full rights, with Arabs “represented in all branches of government – in the Israeli parliament, in the courts (including the supreme court), in the public service, and even in the diplomatic corps where they represent the State of Israel around the world”.

In 2017, the UN Economic and Social Commission for Western Asia became the first UN body to accuse Israel of apartheid, a crime under international law, a move that Israel’s former foreign ministry spokesperson likened to Nazi propaganda.

Last year, after the Israeli prime minister, Benjamin Netanyahu, said he intended to annex parts of the West Bank, 47 UN experts warned it “would be the crystallisation of an already unjust reality: two peoples living in the same space, ruled by the same state, but with profoundly unequal rights”.

They added: “This is a vision of a 21st-century apartheid.”

Netanyahu has suspended his annexation ambitions. However, several Israeli and Palestinian rights groups, including B’Tselem, argue Israel already enforces a “de facto” annexation of the West Bank, with more than 400,000 Jewish settlers living there and enjoying the same rights, and many of the same services, as other Israelis.