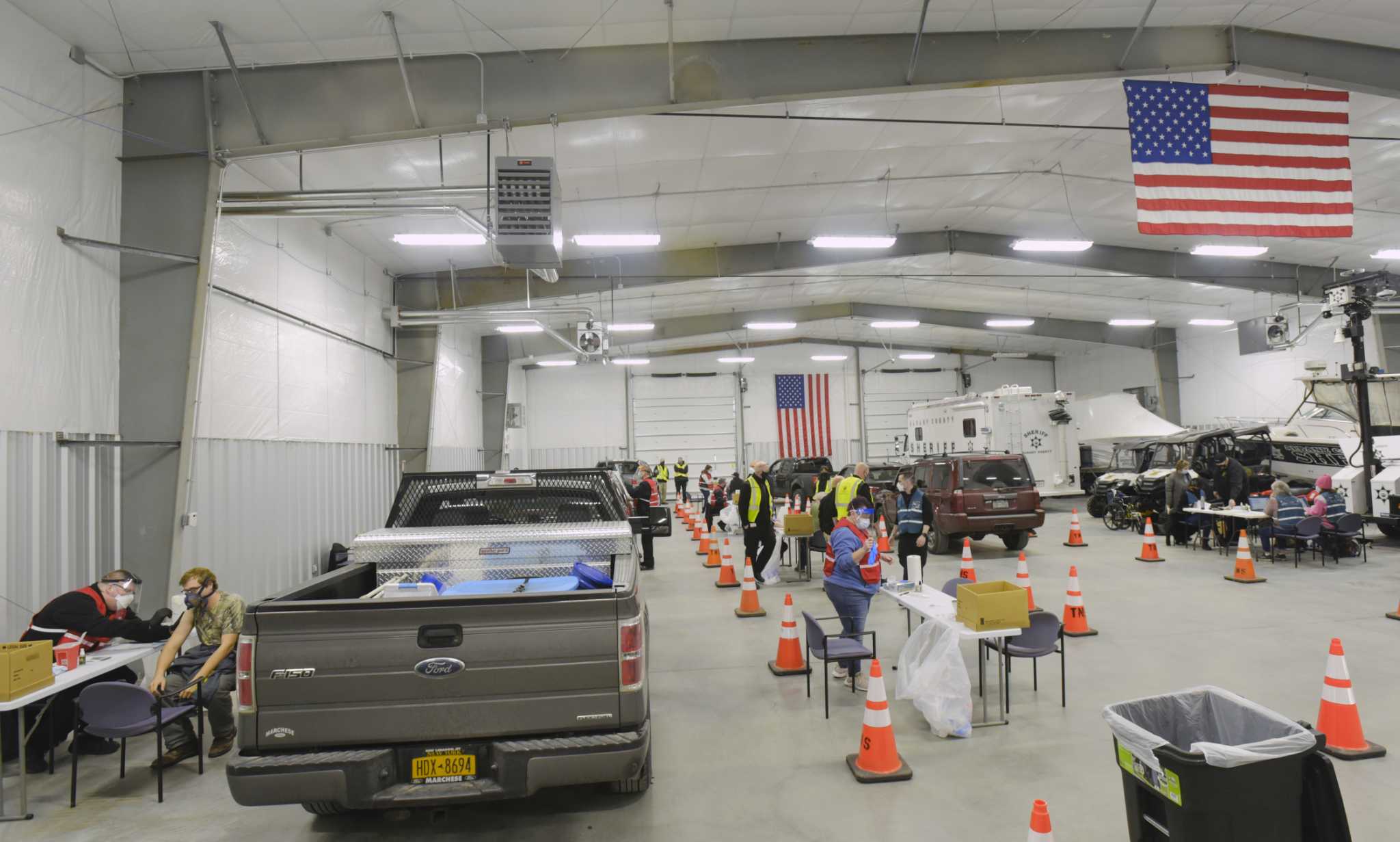 COVID-19 vaccinations for teachers should decrease the number of interruptions to in-school learning, but first, they must get through the state’s buggy enrollment process.

Many county websites are not yet set up to register people for the vaccine. Residents who are included in the 1b category are asked instead to fill out a pre-eligibility form on the State Department of Health website or call 1-833-NYS-4-VAX (1-833-697-4829) to register to receive the vaccine.

But supplies are limited and appointments could be scheduled several weeks out, local health and county officials warn. They are urging the public to be patient as the system could quickly become overloaded.

“While this is exciting news, we still likely have at least another six months until we can reach herd immunity with the vaccine,” Albany County Executive Dan McCoy said. “Until then, we need everyone to wear a mask, socially distance, get tested and stay home as much as possible.”

Vaccinations: Track vaccine roll-out in New York. Plus, get answers to commons questions and submit your own here.

Lives lost: Share a remembrance of a Capital Region resident who died from COVID-19.

Daily email: Sign up for the free Coronavirus Updates newsletter.

If the rollout is successful, it could reduce the number of disruptions to in-person learning in Capital Region schools, where most districts have at some point temporarily switched to remote-only learning due to staff shortages.

But some school districts have circulated an eligibility form that is incorrect and has left many confused. The form asks enrollees to specify the date of their first shot— even though most have not received any shots –and leaving the question blank was not an option.

To check eligibility and be referred to a vaccine site, go to covid19vaccine.health.ny.gov, a spokeswoman for the state Department of Health said.

After completing the initial eligibility form, enrollees can view a directory of vaccination sites that link to generic hospital homepages and automated phone lines, with some that lead nowhere.

The state website is also directing people to sites not offering the vaccine like Schenectady High School and Saratoga’s Maple Avenue Middle School, prompting the districts to put out notices clarifying that the COVID-19 vaccine is not available at the schools.

“We have fielded some calls — some from within — asking ‘Is this accurate?’ and DOH is fielding calls about it as well,” Schenectady schools spokeswoman Karen Corona said.

In Albany County, some teachers say they were able to set up appointments early through various web links that circulated in Facebook groups and text message chains. The online forms – hosted by the state Department of Health on behalf of care providers like Hometown Healthcare in Schenectady – asked enrollees to certify that they would be eligible “at the time of the appointment.”

Teachers in North Colonie Central Schools told the Times Union they were notified by school officials that a link they used to sign up for upcoming appointments at the Times Union Center in downtown Albany was supposed to be inactive and they would have to cancel their appointments and re-enroll. But now most available appointments have been snapped up.

“There is a group of us that have our colleagues’ information, so if we find appointments, we can also make them for our colleagues,” said Tracy Sangaré, who teachers English in grades 4-6 in North Colonie.

Teachers in Albany City Schools say they were also able to pre-register over the weekend for vaccine appointments at the Schenectady site scheduled after Jan. 11. Those teachers kept their appointments.

Late Monday afternoon several teachers emailed the Times Union to say they eventually were able to schedule appointments at a  state-run vaccination clinic scheduled to open Friday at the University at Albany.

Seniors over the age of 75, who also became eligible for the vaccine on Monday, are mainly being vaccinated through pharmacies, according to Albany Medical Center’s Capital Region Vax webpage. Public employees like teachers and police officers will primarily be vaccinated through their groups’ relevant health programs or as organized by their unions, according to the website.

Laura Franz, president of the Albany Public School Teachers’ Association (APSTA), said union leaders are working to get updated information from state and local agencies out to members as soon as it’s available. Union leaders are attending a webinar with the governor’s office Monday night which may open more pathways for teachers to obtain the shots, she said.

“It’s been a really challenging day,” Franz said. “When you open up ‘1b,’ that’s a tremendous amount of people who are feeling very anxious about the rise in cases … We are trying to get as many needles into as many arms as we can.”

Sorgente articolo:
New York’s teachers are eligible for vaccines — if they can get an appointment – Times Union