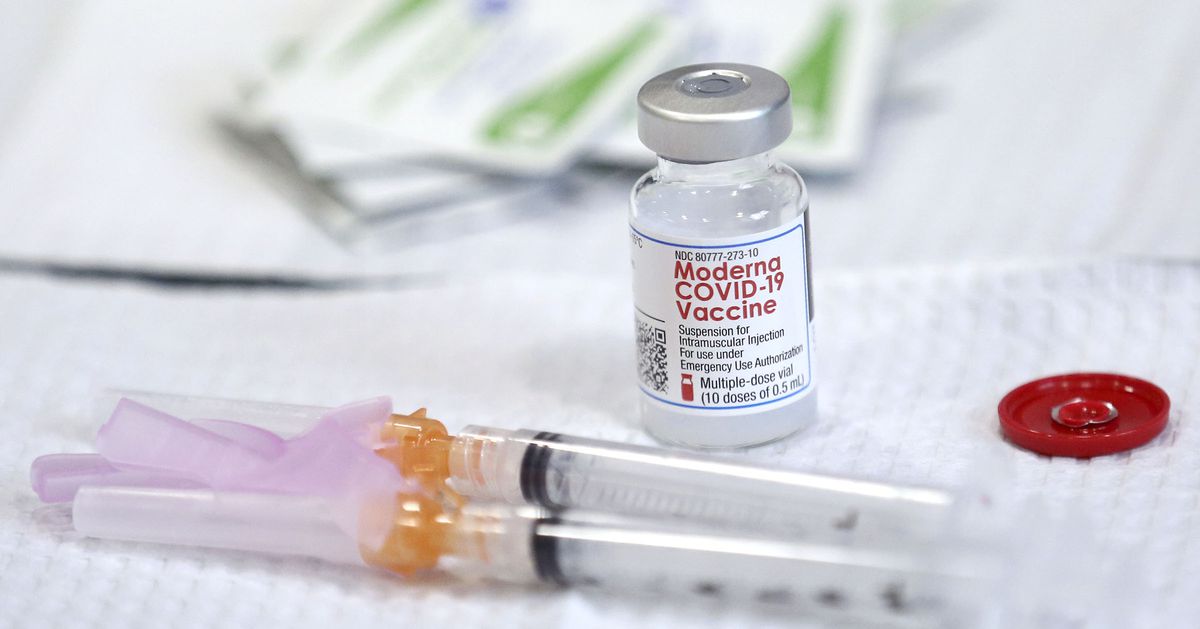 There have been 103,547 coronavirus vaccines administered in Utah, according to a Utah Department of Health survey, 738 more than reported Sunday. The new governor said Friday the rate of vaccinations in the state has been “unacceptable” and announced local health districts would oversee distribution.

School districts and health agencies have been asked by Cox to prioritize teachers for the vaccine who are older or who have underlying health conditions.

“I know there’s a lot of anticipation,” said Trevor Warner, Davis County Health Department spokesman, where drive-thru vaccinations for high-risk teachers and school staff invited by the Davis School District to make an appointment are scheduled to begin Tuesday morning at the Legacy Event Center in Farmington.

Shots by appointment will also be available Friday and Saturday for Davis School District teachers and staff 55 and older, and Warner said as many as 1,600 could be vaccinated each day. The Davis School District said the clinics will continue by age through Feb. 6 and those eligible will be notified when it’s their turn to sign up.

“As a reminder, vaccination is not a condition of employment. It is an opportunity the health department is able to offer,” Christopher Williams, communications and operations director for the school district, said in a Friday email to employees that included a promise of weekly updates.

In Salt Lake and Utah counties, vaccines will be distributed among school districts there according to student enrollment. The shots will be given through revolving clinics over the next eight weeks, starting Wednesday with the Murray School District in Salt Lake County and the Nebo and Provo school districts in Utah County.

Larry Madden, Salt Lake City School District interim superintendent, said in an email to employees that vaccinations will be distributed based on age, starting with those 55 or older and that health conditions or other factors will not be part of the prioritization process.

“However, we anticipate all employees will have the opportunity to receive the vaccine in the next several weeks and appreciate your help to make this process as smooth as possible,” Madden said, adding there will be standby lists for appointments at the weekly clinics, held Thursdays at West and Highland high schools.

The Alpine School District in Utah County started registering teachers and staff over 60 years old on Monday, with those deemed at high risk for contracting the virus able to sign up on Tuesday and all employees, on Wednesday. Shots begin in that district on Saturday.

Lori Buttars, spokeswoman for the Weber-Morgan Health Department, said there’s already been “a lot of interest” from teachers, identified last month as a priority for vaccinations by then-Gov. Gary Herbert. Herbert said he hoped to “minimize the ping-pong effect” of classes shifting from in person to online because of outbreaks.

Buttars said vaccinations for the 8,000 employees of the Ogden, Morgan and Weber school districts will start Tuesday.

Beginning Jan. 18, all Utahns at least 70 years old will be able to get vaccinated.

Another 4,737 people have been tested for the deadly virus in Utah, bringing the total tested in the state to more than 1.8 million, Monday’s health department update shows. The rolling seven-day averages for positive tests is 3,118 per day, and a still-high 30.5% for percent of positive laboratory tests.

Also on Monday, the state health department said free rapid COVID-19 testing is continuing throughout the state, including at new locations in Garfield, Iron, Kane, Millard and Morgan counties. Sites are chosen based on high positivity rates, few tests having been conducted previously, untreated wastewater sampling, among other data.

Tests are available to everyone, even those without symptoms. Utahns can register online at bit.ly/2X66scM, where information is also available on the more than 30 locations and their hours of operation. Registration can also be completed on site.

Results are being emailed in an encrypted file from CV19result@utah.gov and may take several hours after the test is done to show up, the state health department said, suggesting they be opened on a computer rather than on a phone. Those who don’t receive results or have trouble opening the email should call 385-273-7878 for assistance.

The rapid antigen tests being administered are less sensitive, so someone testing negative with symptoms or testing positive without symptoms are being referred for follow-up testing. The goal of the testing clinics is to more quickly identify people with the virus, especially those who may not know they’re infected, to help slow the spread.

There are 554 people currently hospitalized with COVID-19, and the virus has put nearly 12,000 Utahns in the hospital since the start of the pandemic last March. Utah’s coronavirus death toll has now reached 1,396, with four additional deaths reported Monday:

• A Beaver County man, between 65 and 84, hospitalized at time of death.

• A Utah County man, between 45 and 64, hospitalized at time of death.

• A Utah County woman, between 45 and 64, hospitalized at time of death.

• A Salt Lake County woman, between 65 and 84, hospitalized at time of death.