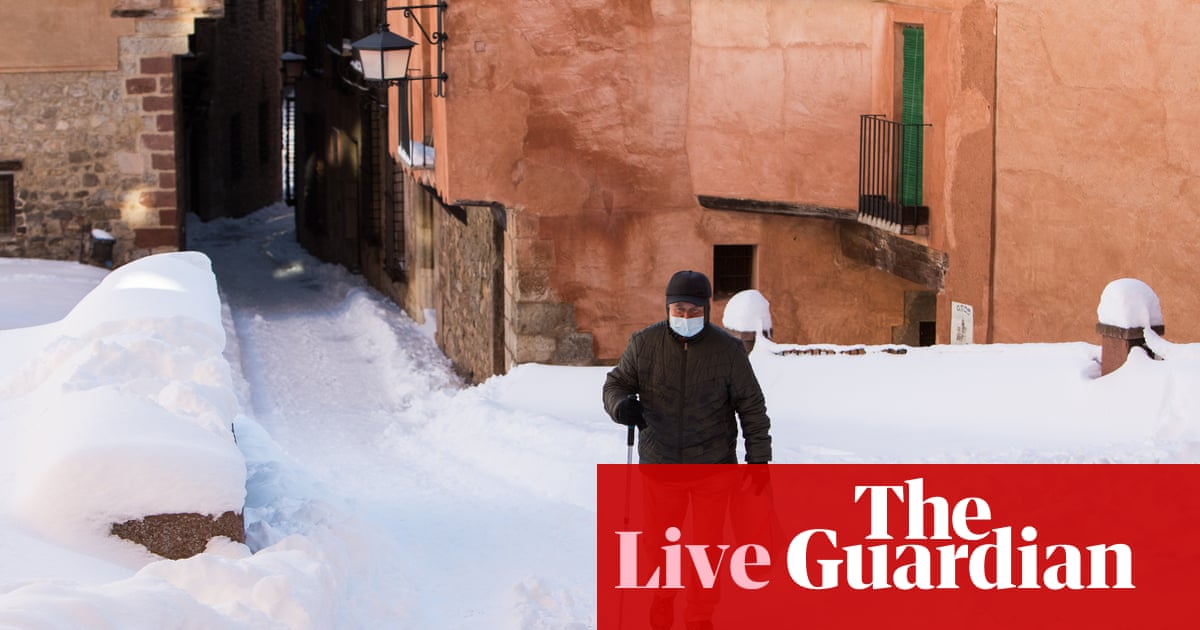 The boss of Unilever, one of the UK’s biggest companies, has said his office workers will never return to their desks five days a week, in the latest indication that coronavirus will transform modern working life.

Alan Jope, chief executive of the consumer goods group, said the company will also encourage all of its employees to receive vaccinations against Covid-19, but will stop short of making jabs mandatory. Employees who opt not to be vaccinated, however, will face mandatory testing.

Jope said the company would look at different working patterns after it saw during the pandemic that it could adapt and make big changes far more quickly than previously thought.

Unilever, the third most valuable company on the London Stock Exchange, is the maker of brands including Dove soap, Ben & Jerry’s ice cream and Marmite. It also owns Hellman’s, Knorr, Lipton and Persil.

A new lockdown to bring a worrying rise in coronavirus cases under control will come into force in Portugal from Friday, prime minister António Costa announced, urging people to stay indoors and protect themselves.

“We are at the most dangerous moment (of the pandemic),” Costa told reporters, adding remote work would be compulsory where possible. “The rule is simple: all of us should stay home.”

The rules will be similar to the six-week lockdown imposed between March and April last year during the first wave of the pandemic, except all schools – public and private – will stay open this time.

The number of cases reported from schools was not significant in the first lockdown, Costa said.

Restrictions on movement will also be eased on the day of Portugal’s presidential elections on 24 January so voters can go to the polls.

As per last March’s rules, all non-essential businesses, including hair salons, will be closed, although restaurants will be allowed to provide takeaway services. Supermarkets, pharmacies, bakeries, petrol stations, and banks will stay open.

Business with employees on furlough will receive state support.

Remote working will be compulsory where possible. To ensure compliance with new measures, fines for breaking the rules will double.

Under Portuguese law, regulations must be reviewed every 15 days but Costa said on Wednesday these rules would likely last a month.

The country of 10 million people has so far reported a total of 8,236 deaths and 507,108 cases, with a steep surge in infections after Christmas placing severe pressure on the health care system.

Portugal has already vaccinated 82,000 people against the coronavirus, giving priority to frontline health workers as well as care home residents.

“The hope the vaccine gives us that we can beat the pandemic is the same hope which feeds the relaxation that makes the pandemic more dangerous,” Costa said, adding the lockdown would not interfere with the vaccination process.

Health ministry data also showed that 229 people had died from the virus in hospitals, down from 355 on Tuesday.

The number of people in intensive care rose by double-digit numbers for the fourth consecutive day.

Hi everyone, this is Jessica Murray taking over the blog for the next few hours. Please do get in touch with any suggestions or comments.

Spain has recorded a record 38,869 new Covid cases over the past 24 hours, the government announced this evening, marking the highest single-day spike in infections since the pandemic began.

The country’s health minister, Salvador Illa, described the rise as “very worrying” and warned that the pressure on hospitals and their ICUs was building.

“I ask people to scrupulously respect the measures adopted by each autonomous region,” said Illa. “It’s the only way we have of controlling the virus.”

Spain began vaccinating its population of almost 47 million people at the end of December. The central government has so far distributed 1,103,700 doses of the vaccine to the country’s 17 self-governing regions, of which 581,638 have been administered.

Consumer goods maker Unilever Plc expects global consumption patterns to be suppressed in the first half of this year, even as business returns to normal in East Asia and markets in Africa and Latin America show resiliency, its chief executive told Reuters.

“We still hold that the first half of this year will be a continued period of suppressed consumption … with that starting to come back in the second half of this year and then next year,” chief executive officer Alan Jope said in an interview at the Reuters Next conference on Wednesday.

The maker of Dove soap, Hellmann’s mayonnaise and Tresemme shampoo withdrew its annual sales growth target in April and Jope said he was still wary of making any predictions about its future business due to the fluidity of the Covid-19 pandemic.

However, he said the company would grow ahead of the broader market and he does not expect any hits to margins in the near term.

I am posting on the Guardian’s global feed, bringing you updates on coronavirus from around the world. Please get in touch to share news tips.

Jordan launched a Covid-19 vaccination campaign on Wednesday, beginning with jabs for healthcare workers, people with chronic illnesses and those over the age of 60.

The kingdom said on Saturday that it had granted an “emergency licence” for the use of China’s Sinopharm vaccine, the second vaccine it approved after the US-German Pfizer-BioNTech.

The first injections were given at hospitals and other healthcare facilities, after the authorities designated 29 vaccination centres across Jordan, including seven in the capital Amman.

Wael Hayajneh, head of the epidemics and communicable diseases department at the health ministry, said Jordan was among the “first 40 countries” to vaccinate against the novel coronavirus.

A surge in Covid-19 infections is hitting nearly all countries in the Americas, the head of the Pan American Health Organization said Wednesday, adding that the pandemic’s toll in 2021 could be worse than last year if containment efforts relax.

Switzerland announced tough new restrictions Wednesday in a pre-emptive strike against a feared third wave of the Covid-19 pandemic caused by quicker-spreading variants of the virus.

The country shut shops selling non-essential goods and ordered people to work from home in a bid to prevent an explosion in case numbers, saying the British-detected mutation had already taken root.

The Swiss government had been expected simply to extend the current closure of bars, restaurants and leisure facilities through February, but went much further with measures to be implemented from Monday.

“Case numbers are stagnating at a very high level and there is a risk that the new more infectious variants of the virus will lead to another rapid rise in cases,” it said in a statement.

Swiss President Guy Parmelin and health minister Alain Berset explained the measures at a press conference where, for the first time, they were separated by plastic screens and wore masks throughout.