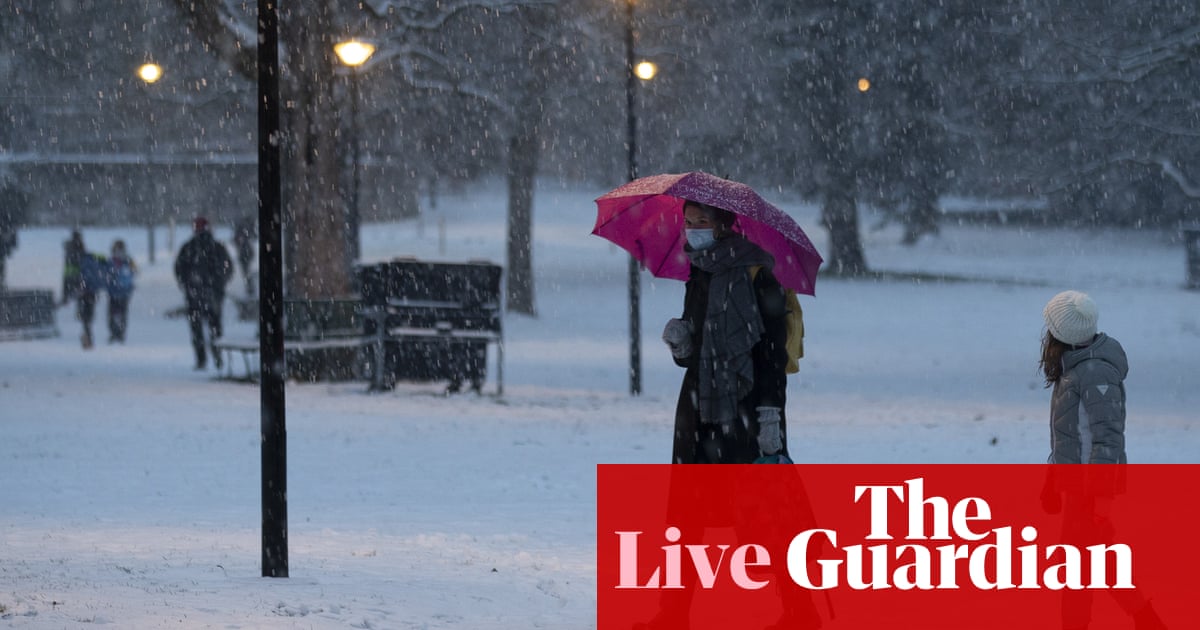 A surge in Covid-19 infections is hitting nearly all countries in the Americas, the head of the Pan American Health Organization said Wednesday, adding that the pandemic’s toll in 2021 could be worse than last year if containment efforts relax.

Switzerland announced tough new restrictions Wednesday in a pre-emptive strike against a feared third wave of the Covid-19 pandemic caused by quicker-spreading variants of the virus.

The country shut shops selling non-essential goods and ordered people to work from home in a bid to prevent an explosion in case numbers, saying the British-detected mutation had already taken root.

The Swiss government had been expected simply to extend the current closure of bars, restaurants and leisure facilities through February, but went much further with measures to be implemented from Monday.

“Case numbers are stagnating at a very high level and there is a risk that the new more infectious variants of the virus will lead to another rapid rise in cases,” it said in a statement.

Swiss President Guy Parmelin and health minister Alain Berset explained the measures at a press conference where, for the first time, they were separated by plastic screens and wore masks throughout.

The Philippines on Wednesday confirmed its first case of a British-identified coronavirus mutation that appears to be more infectious, as authorities scramble to secure vaccine supplies.

Since taking hold in Britain, the fast-spreading new variant has been detected in dozens of countries and territories globally.

Italian prime minister Giuseppe Conte said Wednesday he was working flat-out to resolve tensions within his coalition, warning voters would not forgive a crisis in the middle of a pandemic.

The government is on the brink of imploding following weeks of internal criticism from former premier Matteo Renzi, the leader of the small but pivotal Italia Viva party.

Ahead of a press conference in which Renzi was widely expected to announce his withdrawal from the coalition, Conte appealed to him to change his mind.

“I hope it won’t come to that,” he told reporters in Rome, saying he was working to keep the government together until the next scheduled elections in 2023.

He added: “For sure, the country would definitely not understand a crisis … people are asking us to go on, in such a complex, difficult situation.”

Italy was the first European country to be overwhelmed by coronavirus cases and remains one of the worst-hit, with almost 80,000 virus deaths and a record recession.

Conte was speaking after a meeting with President Sergio Mattarella, the ultimate arbiter of Italian political crises, to discuss the situation.

Those mourning loved ones lost in the coronavirus pandemic are increasingly turning to online forums and virtual remembrance websites for support with grief, experts say.

Meanwhile, the national bereavement charity Sue Ryder and a coalition of cross-party MPs, charities and healthcare professionals are calling on the government to introduce a minimum of two weeks’ statutory paid bereavement leave for UK employees who have lost someone.

The number of deaths due to Covid-19 has exceeded 100,000, and in the absence of physical contact, people are seeking solace through social media, phone helplines and other platforms.

But experts say this will not help everyone, as some are unable to access online support while others will still struggle to overcome grief because the pandemic has put their life on hold.

Epidemic of grief: the challenge of the UK’s massive loss of life

A UK group attempting to travel to Switzerland for a ski holiday were prevented from boarding a Eurostar train at London St Pancras in breach of coronavirus restrictions.

Train manager Justin, who did not give his surname, posted on Twitter that French border police deployed at the station had turned the travellers away on Wednesday morning. A photograph shows the group was carrying at least one large bag of winter sports equipment.

Justin wrote that a ski trip “does not count as essential travel” and there are “very limited reasons for travel to France”.

He added: “I really fancy a trip with my family to eat chips in Brussels but there’s a global pandemic on right now.

“If we all do our bit and are patient for this final push, then hopefully we can get back to doing all of those things we love.”

Last week, a Eurostar passenger trying to travel to a yoga class in Paris was also turned away from London St Pancras. France only permits a limited group of people to arrive from the UK, such as transport workers, people delivering goods or those who normally live in France.

I am running the Guardian’s global feed, bringing you updates on coronavirus from around the world. Please get in touch to share news tips.

South Africa’s government has started outlining its Covid-19 inoculation plans, despite not yet receiving a single vaccine dose, as it faces criticism over unrealistic targets and a lack of clarity.

The continent’s worst-hit country is placing high hopes on vaccines as the authorities grapple with an unprecedented surge in cases fuelled by a new virus variant.

The government is aiming to vaccinate two-thirds of its population – around 40 million out of nearly 60 million people – in order to achieve herd immunity by the end of 2021.

One million doses of AstraZeneca’s Covid-19 vaccine are expected this month – the first shipment of 20 million secured doses to be mainly delivered in the first half of the year.

“This will be the largest and most complex logistical undertaking in our country’s history,” President Cyril Ramaphosa said during an address to the nation on Monday.

After weeks of public outcry over a lack of planning, Ramaphosa finally laid out a three-phase vaccination blueprint for the year ahead.

After being the first country to register a vaccine for use, Russia is looking to leap ahead of other countries in the race to inoculate its population of 146 million.

Russia in August registered Sputnik V – named after the Soviet-era satellite – months ahead of western competitors but before the start of large-scale clinical trials, which left some experts wary.

“I ask you to begin the mass vaccination of the entire population next week,” Putin told officials at a televised government meeting.

“The Russian vaccine is the best in the world.”

Britain will make appointments for coronavirus vaccinations available 24 hours a day “as soon as we can”, prime minister Boris Johnson said Wednesday, reversing his opposition to the idea.

Johnson had days ago brushed off calls from the main opposition Labour party for night-time opening of vaccine centres, arguing there was “no clamour” for it.

But the government has come under increasing pressure to speed up its vaccination programme and is reported to be planning a pilot scheme to see if there is demand for the late-night jabs.

Coronavirus deaths in the US hit another one-day high at over 4,300 with the country’s attention focused largely on the fallout from the deadly uprising at the Capitol.

The nation’s overall death toll from Covid-19 has eclipsed 380,000, according to Johns Hopkins University, and is closing in fast on the number of Americans killed in the second world war, or about 407,000. Confirmed infections have topped 22.8 million.

With the country simultaneously facing a political crisis and on edge over threats of more violence from far-right extremists, the US recorded 4,327 deaths on Tuesday by Johns Hopkins’ count. Arizona and California have been among the hardest-hit states.

The daily figure is subject to revision, but deaths have been rising sharply over the past two and a half months, and the country is now in the most lethal phase of the outbreak yet, even as the vaccine is being rolled out. New cases are running at nearly a quarter-of-a-million per day on average.