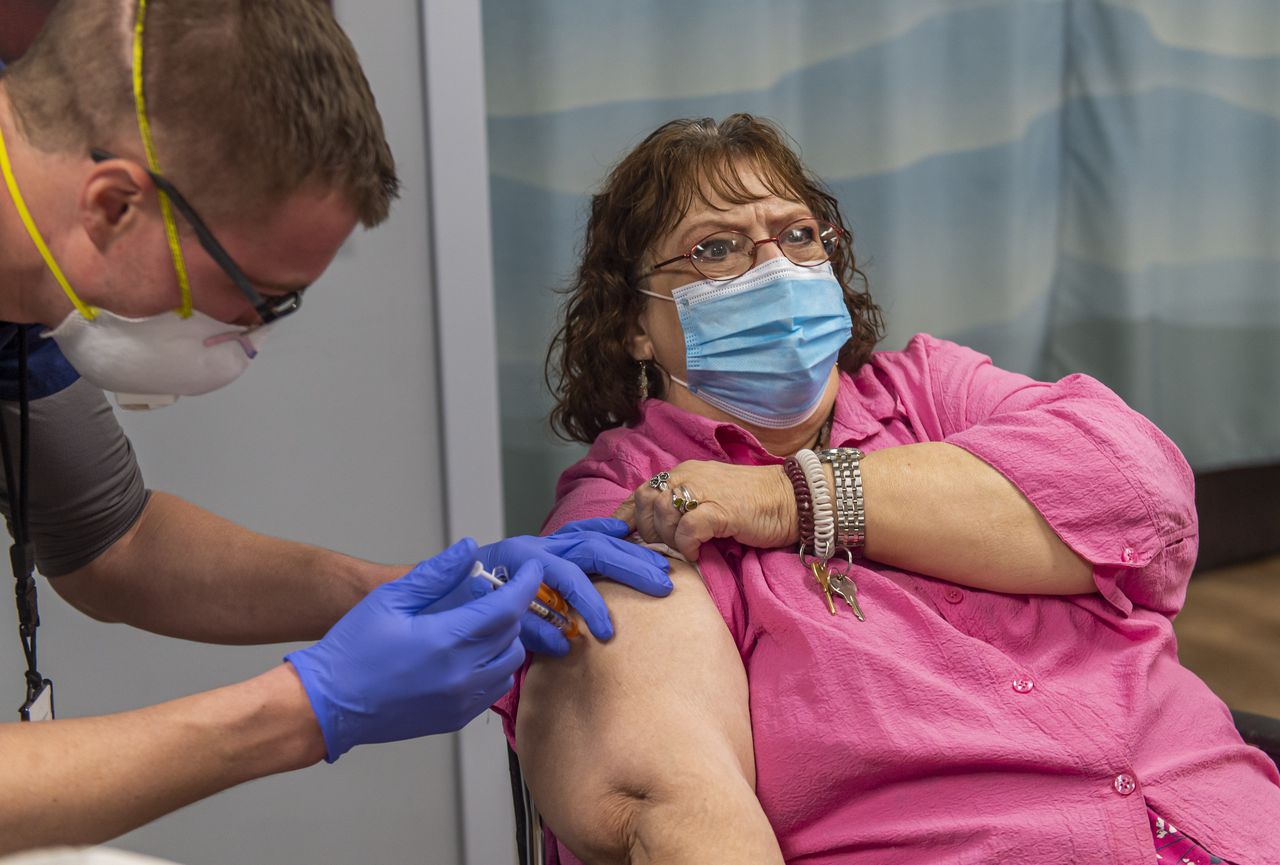 County Executive Ryan McMahon said he is cautiously optimistic that the numbers are improving because over the past couple weeks local nursing home residents have received their first doses of vaccine.

“One of the things we’ll have to look for and watch, moving forward, is that we believe this is a sign of the vaccine working,’’ McMahon said today at a news conference.

The county executive acknowledged that it’s too soon to draw conclusions about the effect of vaccines. It usually takes a few weeks after the shot to build up a person’s immunity, according to the federal Centers for Disease Control. And local nursing home residents have only had the first of two shots, which provides about 50% of the combined protection.

Some Syracuse-area nursing homes began vaccinating residents a few days before Christmas, although others started later. As of today, all 13 nursing homes in the county had administered a first dose to residents, McMahon said.

The county reported 222 new cases of coronavirus since Sunday, the lowest number since Dec. 1. Six of the new cases were discovered in nursing homes, McMahon said.

The vaccine continues to roll out slowly. It likely will be weeks before everyone who is currently eligible, including anyone 75 or older, can get a vaccine, McMahon said.

The three people who died since Sunday included two men, ages 90 and 88, and a 49-year-old woman. The female victim had underlying medical problems, McMahon said.

There are 249 Covid-19 patients in local hospitals, about 26% fewer than the peak of 338 in late December. Forty-four patients are in intensive care.

“When you look at some of these data points, we think these are all very positive,’’ McMahon said.