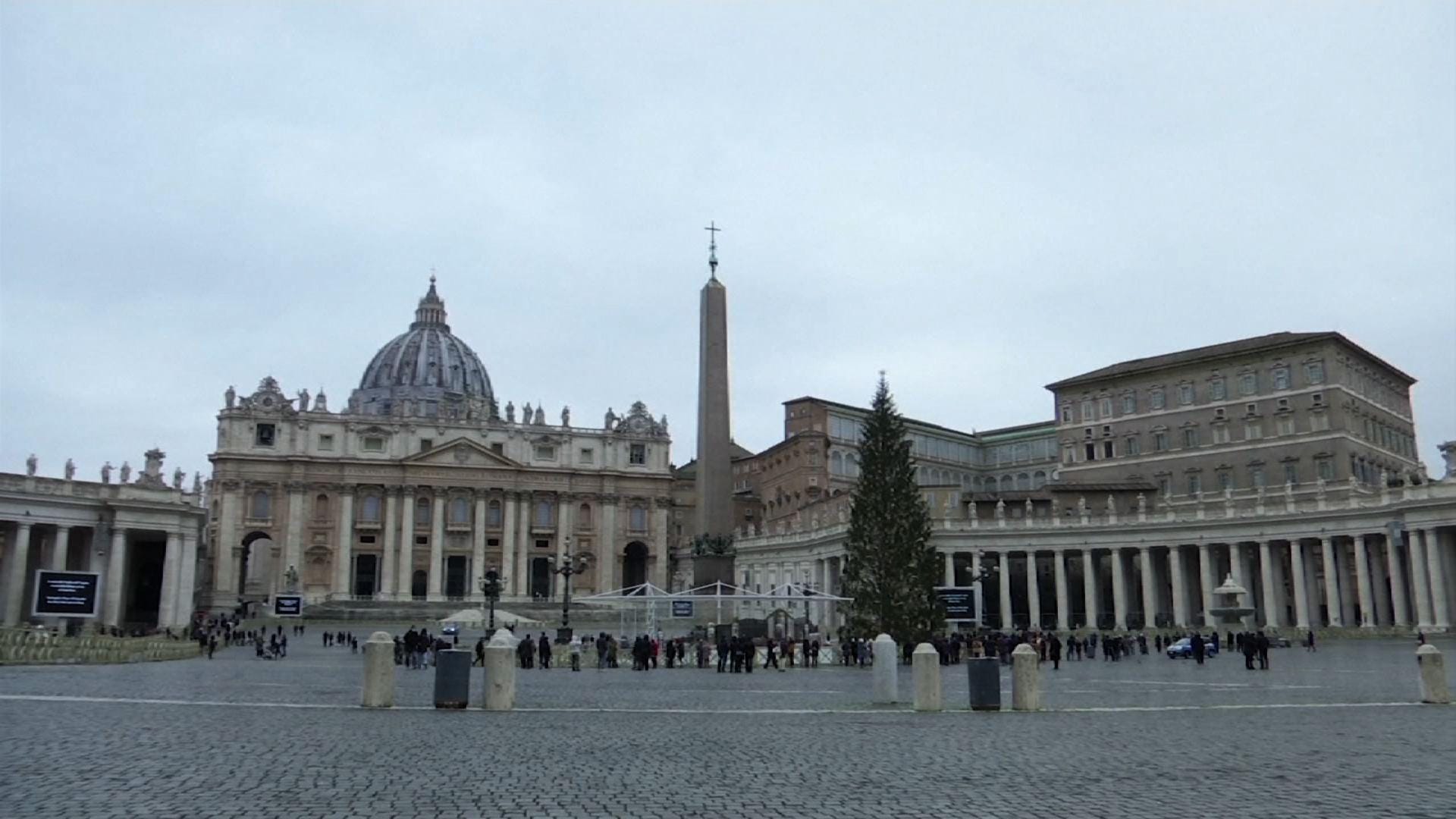 Pope prays for US, asks for peace amid Capitol riot

Pope Francis on Sunday said he was praying for those who died in the U.S. Capitol rioting and appealed for calm to prevail in order to help safeguard American democratic values. (Jan. 10)

The claim: Pope Francis was arrested after blackout at the Vatican

Rumors that Pope Francis was arrested after a blackout in Vatican City started to spread across the internet on Jan. 10.

The allegation first appeared on Conservative Beaver, a website that brands itself as providing “news stories of interest to Proud Canadians.”

Its story — published under the headline, “VATICAN BLACKOUT: Pope arrested on 80 count indictment for Child Trafficking, Fraud” — claims the arrest was ordered by the Italian National Prosecutor’s Office.

It also states the FBI is “making arrangements to fly in and interrogate him,” and that the pope’s arrest will be the “first out of many.”

Conservative Beaver has not responded to a request from USA TODAY for comment.

The claim may be linked to QAnon, a conspiracy theory based on unfounded claims that President Donald Trump has been fighting against a “deep state” apparatus run by pedophilic political elites, business leaders and celebrities, per USA TODAY.

Pope Francis has been working in recent days

Pope Francis has not been arrested. No reputable media outlets reported the alleged arrest. And Pope Francis has made multiple statements and appearances on Jan. 10 and 11 that confirm he is not in custody.

On Jan. 11, the Holy See directed the Catholic News Agency to the public schedule of meetings that Pope Francis had taken that day.

The pope released a decree allowing women to be installed as lectors, read Scripture, and serve on the altar as eucharistic ministers, according to the Associated Press. He was also active on Twitter at 7:30 a.m. EST, the equivalent of 1:30 p.m. in the Vatican.

It is striking that the Lord spent most of his time on Earth living an ordinary life, without standing out. It is a beautiful message that reveals the greatness of daily life, the importance in God’s eyes of every gesture and moment of life, even the most simple.

No blackout in the Vatican

There also was no blackout in Vatican City.

Mountain Butorac, a tour guide based near St. Peter’s Basilica, wrote on The Catholic Traveler that there was no “massive blackout” at the Vatican.

A late night livestream by Vatican News on YouTube appeared to be dark on Jan. 10. But that could have been from low camera exposure, and there were some lights visible in the shot, per Butorac and Lead Stories.

Colm Flynn, a correspondent for the Eternal Word Television Network who lives near the Vatican, also told the Catholic News Agency that he “didn’t notice any power outage across the weekend.”

Claims about the arrest stolen from unrelated news story

The false claims about Pope Francis follow a pattern of misinformation by Conservative Beaver and other websites.

Conservative Beaver appears to have adapted a news story about the arrest of a man in Alabama on Jan. 7 into its story on the pope.

WHNT News 19 reported Jan. 7 that Grady Paul Gaston was arrested “in connection with a 75-count indictment of charges including possession of child pornography, human trafficking, incest, and possession of drug paraphernalia.”

Conservative Beaver reported Jan. 10 that Pope Francis was arrest on an almost identical list of charges, though it raised the number to 80 and added “felony fraud.”

“These individuals are truly the worst of the worst in society. I can promise you, we will not stop targeting human trafficking until we put a stop to this despicable trade in Madison County as well as surrounding counties around our state. While I am the Sheriff, my department will strive to protect our citizens, especially those that need us most, our children,” Turner said.

Get these in your inbox: We’re fact checking the news and sending it to your inbox. Sign up here to start receiving our newsletter.

Conservative Beaver included the exact same quote, edited only to reflect a different location and attributed to Giuseppe Governale, the chief anti-mafia prosecutor in Italy.

The quote reads, “These individuals are truly the worst of the worst in society. I can promise you, we will not stop targeting human trafficking until we put a stop to this despicable trade in the Vatican and Italy, as well as surrounding countries around Europe. While I am a lead prosecutor in Italy, my department will strive to protect our citizens, especially those that need us most, our children.”

Based on our research, the claim that Pope Francis was arrested after a blackout at the Vatican is FALSE. No reputable media outlets reported the alleged arrest, and Pope Francis made multiple statements and appearances on Jan. 10 and Jan. 11 that confirm he is not in custody.

Thank you for supporting our journalism. You can subscribe to our print edition, ad-free app or electronic newspaper replica here.

Our fact check work is supported in part by a grant from Facebook.