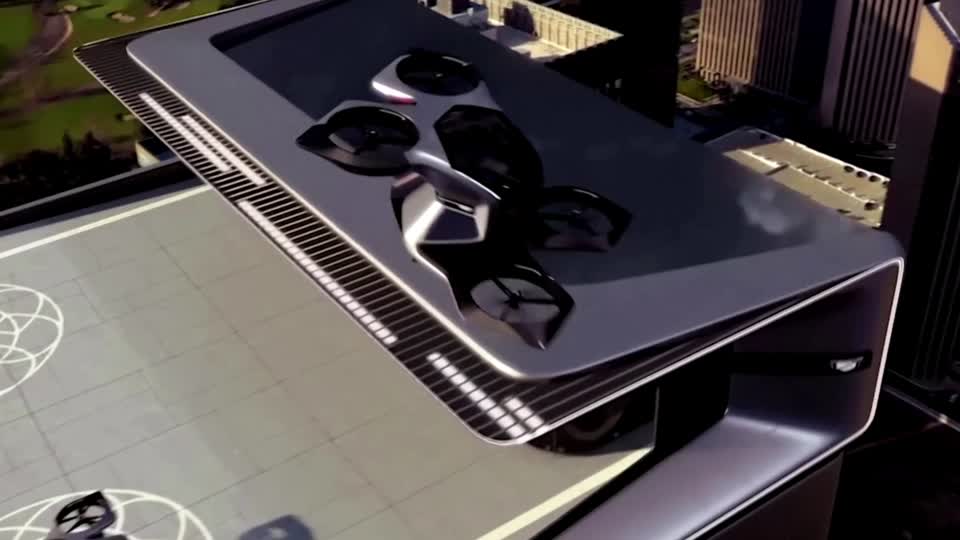 “The vertical takeoff and landing drone, or VTOL, is GM’s first foray into aero mobility,” said General Motors Design Chief Mike Simcoe as he narrated over animation of the vehicle, described as the automaker’s idea of “reimagining the future of personal transportation.”

The flying Cadillac was presented in a video as part of a virtual keynote presentation by GM CEO Chief Executive Mary Barra.

You’ve been at the office, and now you need to get to a meeting across town. The VTOL meets you on the roof and drops you at the airport closest to your destination. It uses a 90-kilowatt-hour [? EV ?] motor to power four rotors, as well as air-to-air and air-to-ground communications.

As a passenger, it represents personal space and a panoramic view of the world passing beneath you, and is a glimpse of what autonomy and Cadillac luxury might look like in the not-too-distant future.

We have other concepts coming, including a luxurious two-seater designed for you and someone very special, each concept reflecting the needs and wants of the passengers at a particular moment in time, and GM’s vision of the future of transportation.