A bodybuilder in the UK says he nearly lost both of his legs after he violently fell down his staircase about a month ago … but, fortunately, he says his Amazon Alexa saved him.

The story is absolutely terrifying … Dante McNulty — a 40-year-old diehard gym-goer — says he got up in the middle of the night to let his dog out when he slipped and fell down his stairs.

McNulty says the crash left him unconscious in a kneeling position for hours … and with his entire 230-pound frame crushing his legs for that long, he suffered serious damage. 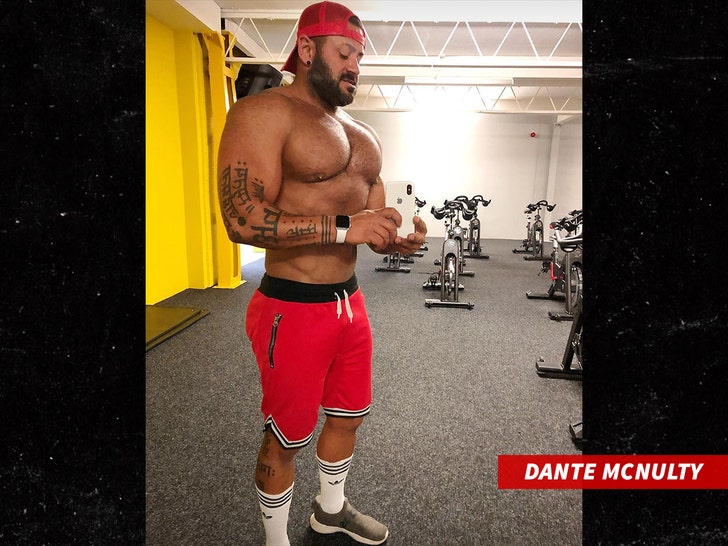 McNulty says blood flow was blocked to his lower legs … resulting in acute compartment syndrome, which can sometimes be so severe, it can cause the loss of limbs.

“I just remember I couldn’t feel my legs,” McNulty said of the incident. “I couldn’t walk or move, I felt paralyzed. Below my knees was cold, they didn’t seem swollen but I had a lot of veins pop just under my kneecap.”

According to a GoFundMe set up for the bodybuilder, McNulty underwent immediate surgery … with doctors cutting open his calves to the bone with the hopes of relieving swelling.

“He was put into an induced coma and on a ventilator, alongside dialysis and blood transfusions,” McNulty’s family said in a statement on the GoFundMe.

Thankfully, after several more surgeries and days recovering, McNulty’s family says he was just recently discharged from the hospital and is attempting to re-learn how to walk.

“It really is unbelievable,” McNulty said of the whole incident. “Thank God my WiFi was working that day.”