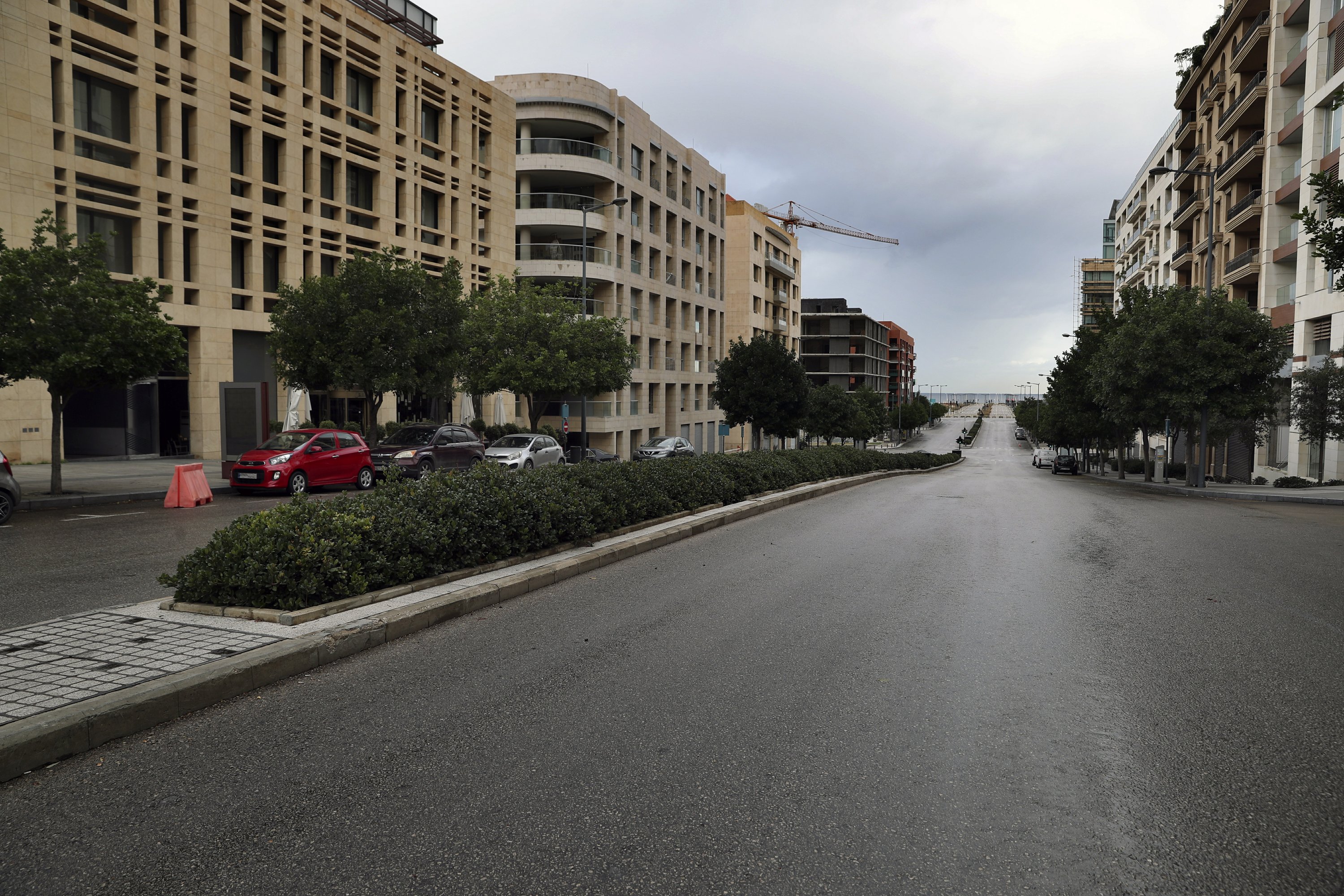 BEIRUT (AP) — It was a choice between containing a spiraling virus outbreak and resuscitating a dying economy in a country that has been in steady financial and economic meltdown over the past year. Authorities in Lebanon chose the latter.

Now, virus patients struggling to breathe wait outside hospitals — hoping for a bed or a even chair to open up. Ordinary people share contact lists of oxygen suppliers on social media as the the critical gas becomes scarce, and the sound of ambulances ferrying the ill echoes through Beirut. Around 500 of Lebanon’s 14,000 doctors have left the crisis-ridden country in recent months, according to the Order of Physicians, putting a further strain on existing hospital staff.

On Thursday, Lebanese authorities swung the other way: They began enforcing an 11-day nationwide shutdown and round-the-clock curfew, hoping to blunt the spread of coronavirus infections spinning out of control after the holiday period.

The curfew is the strictest measure Lebanon has taken since the start of the pandemic.

Previous shutdowns had laxer rules and were poorly enforced. Now, residents cannot leave their homes, except for a defined set of reasons, including going to the bakery, pharmacy, doctor’s office, hospital or airport — and for the first time they must request a permit before doing these things. Even supermarkets can only open for delivery.

While Lebanon still somehow managed to keep cases to an average of fewer than 100 per day until August, it now leads the Arab world in number of cases per million people. Today, the number of daily COVID-19 deaths is more than 13 times what it was in July. On Jan. 9, over 5,400 infections were reported, a record for the small country.

While its neighbors begin vaccinating their populations — including Israel whose campaign promises to be among the world’s speediest — Lebanon has yet to secure a first batch of shots. Once a leader in the health sector among Middle Eastern countries, Lebanon has been stymied in its effort to get vaccines by repeated bureaucratic delays partly due to the fact that it has a caretaker government.

Parliament is expected to meet Friday to vote on a draft law to allow importing the Pfizer-BioNTech vaccine, with the first deliveries expected to arrive next month.

“This is the result of deliberate decisions made by irresponsible and immoral politicians,” said Sami Hanna, a 42-year-old businessman who was waiting for his turn to enter a pharmacy earlier this week, looking for pain relievers, anti-depressants and blood pressure medicine for his elderly parents.

“This is how we spend our days now, begging,” he said, adding that his next mission was to look for bread, which was out of stock because of panic-buying before the curfew set in. “It is too little too late.”

The surge in coronavirus cases began in late August, a few weeks after the massive explosion at the Beirut port that destroyed parts of the capital, including several hospitals with virus patients.

The explosion was caused by a fire that detonated nearly three tons of poorly stored ammonium nitrate that had been sitting in a port warehouse for years — the kind of mismanagement that is typical of a corrupt political class that fails to provide even basic services for its people.

The virus surged in the chaos of inundated hospitals, funerals and protests that followed.

Further complicating efforts to rein in the virus, politicians have been unable to agree on a new government since the old one resigned in the wake of the port explosion, effectively ensuring the country’s continued unraveling.

But in December, as most governments around the world tightened lockdowns, Lebanon went the other way, allowing restaurants and nightclubs to reopen with barely any restrictions in place. An estimated 80,000 expats flowed to the country to celebrate Christmas and New Year with loved ones — many of them Lebanese who skipped visiting in the summer because of the devastation wrought by the explosion.

“The holiday season should have been the time for lockdown. The season of crowds, shopping and parties,” said Hanna Azar, owner of a money transfer and telephones shop. “They opened it to allow dollars into the country and now they want to close. Especially in this economic crisis, people don’t have money to eat.”

Many hospitals have now reached maximum capacity for coronavirus patients. Some have run out of beds, oxygen tanks and ventilators. Others have halted elective surgeries.

Last week, Lebanon imposed a 25-day nationwide lockdown and a nighttime curfew to limit the spread of the virus, but many sectors were exempted and enforcement was lax, as in the past. Many businesses, including hair salons, welcomed customers behind shuttered storefronts. In some areas of north and south Lebanon, it was business as usual.

With hospitals on the brink of collapse, the government then ordered an 11-day nationwide curfew starting Thursday, triggering three days of mayhem as crowds of shoppers emptied shelves in supermarkets and bakeries.

On Thursday, police manned checkpoints around the country, checking motorists’ permission to be on the road.

Halim Shebaya, a political analyst, said the government still has no clear strategy and cautioned that it would be difficult to bring the numbers down this late in the game.

“The main issue now is the absence of trust in the government and authorities and managing a pandemic necessitates the presence of public trust in measures taken by the authorities,” he said.

Still, Rabih Torbay, who heads Project HOPE, an international global health and humanitarian organization, said time is of essence and urged authorities to take any step that might help curb infections.

“Every day that goes by the country is sliding further into the abyss,” he said.