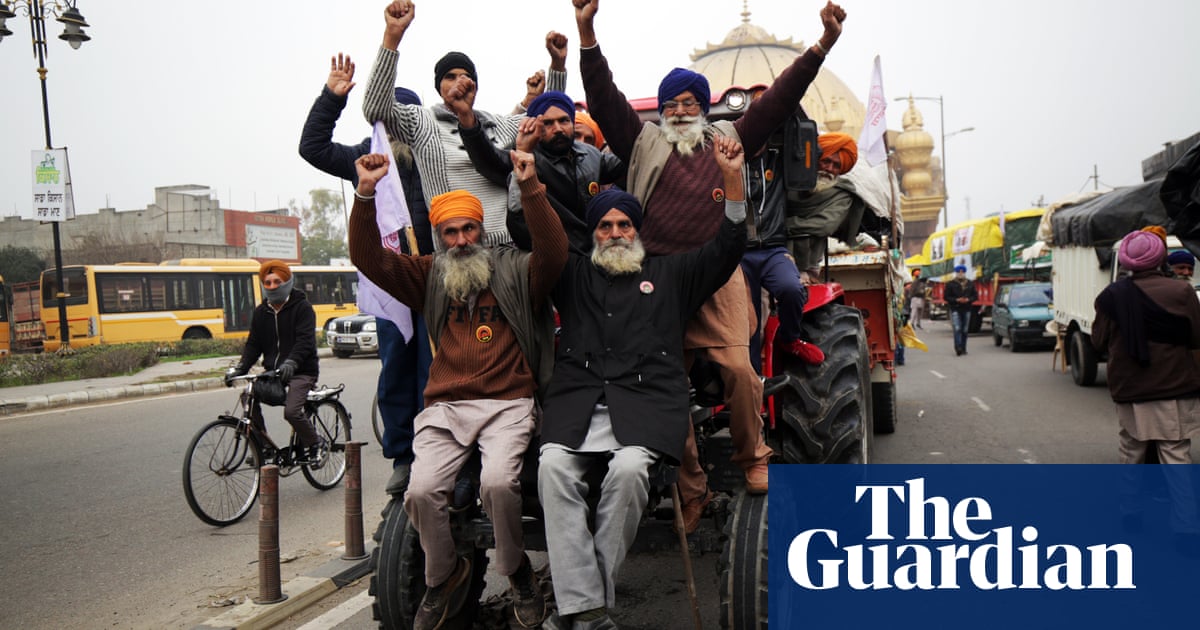 India’s supreme court has suspended a series of controversial new agriculture laws that had prompted hundreds of thousands of farmers to stage a months-long protest in Delhi over fears their livelihoods were at stake.

Since November, upwards of half a million farmers had marched to the peripheries of Delhi and occupied roads and highways going into the capital, setting up a 24-hour protest camp and refusing to move until the new laws were repealed.

Farmers, mainly from the states of Punjab and Haryana, had argued that the new laws were passed by the government without consultation, had exposed them to the mercy of large corporations for crop prices and put them at greater risk of poverty and losing their land.

Digging in: on the frontlines as farmers lay siege to Delhi

The farmers’ protests have proved to be one of the greatest political challenges to face prime minister, Narendra Modi, since he came to power in 2014. It was one of the first times the government had been forced to the negotiating table following mass agitation and, despite eight rounds of talks, had remained in deadlock.

After two days of deliberation, the supreme court ruled on Tuesday to suspend the laws. Judges ordered the creation of a four-man committee to look into farmers’ grievances over the laws, saying they were “extremely disappointed” with how negotiations had gone so far. The judges also expressed concern at the lack of consultation with farmers when passing the law.

While many politicians who had expressed anger at the farm laws celebrated the ruling, it was met with derision by farmers’ leaders who said “now is not the time for a committee”.

Farming unions reiterated that they would not participate in any court-ordered committee process and would not call off their protest until the new legislation was repealed.

“The members of the supreme court-appointed committee are not dependable as they have been writing on how agri laws are pro-farmer. We will continue our agitation,” said farmer leader Balbeer Singh Rajewal at a press conference.

The farmers said they still intended to go ahead with a planned protest tractor rally through Delhi on India’s Republic Day on 26 January. So far 60 farmers have died while taking part in the protests, which have involved camping out in make-shift tents in icy winter temperatures.

Some described the ruling as a setback for Modi, who can usually rely on the backing of the supreme court, which is widely seen as favourable to the ruling government.

However, other observers noted that the court’s decision to suspend the farm laws gave the government a way out of the negotiation deadlock without appearing to have bowed to the demands of the farmers.